Despite his bearded look and aura of tranquillity, Aki Suokas is a notorious custom bike builder who has long since built his machines. This time he wanted to have something extraordinary, so he decided to create a masterpiece for himself. He wanted it to be perfect.

While others have taken a classic bike and built a cafe racer, Finnish man Aki Suokas took the whole thing a few steps further. Instead of taking one of the more common options like a Honda CX 500 or two-valve boxer BMW as the basis for his project, he looked further afield to construct from Yamaha GTS1000. One of the most unconventional sports touring motorcycles Yamaha produced from 1993 to 1999 has Ackermann steering.

The Yamaha GTS1000, known as an excellent platform, off-road racer and niche motorcycle in sports touring bike circles, was the basis of Aki’s newest project. A bike with an undeniably classic look had to be thoroughly modernized and unchanged design principles applied.

An independent suspension with two wishbones, two shock absorbers and an anti-roll bar on each side – a spring strut is placed in between the lower trailing arm and the omega-shaped frame. With an independent swing arm instead of a trailing arm and each with its anti-roll bar, it offered an entirely new way to achieve traction, stability and comfort without compromising handling.

It’s easy to imagine the Yamaha GTS1000 in a touring lineup because of its short rear subframe. Despite its sporty proportions, Yamaha was not looking for a good-looking custom model. The bike seems clumsy and bulky, even in the sports touring look. Most of the cumbersome features were there since the beginning but were inevitable to make room for two passengers and luggage simultaneously.

Aki Suokas has found all the right lines to lead earlier designs but has surpassed them entirely in his rendition of a restored and lighter café racer custom with stunning aesthetics compared to the original.

Tweaking a motorcycle for maximum performance is not just taking off parts or equipping it with bigger wheels and tires. 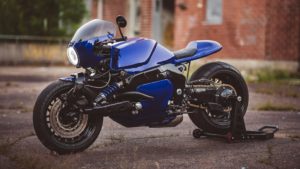 When you’re riding a custom motorcycle, you also want to be riding in comfort. That’s why Aki’s Yamaha GTS has a perfect seat and the right handlebar. He even went one step further and optimized the Ackermann steering with the help of chrome-molybdenum steel and ball joints.

This modification has always been a favourite of mine due to the reduced weight and increased agility while maintaining the restyled appearance.

The Yamaha GTS1000 was a fantastic bike in its own right, but Aki saw the potential for the powertrain, suspension and other mechanical bits to be used elsewhere.

The mechanics of this cafe racer have been ported over from another bike. So he got the front suspension strut from Suzuki. At the same, the rear aluminium single-sided swingarm arrived from a Honda VFR. Both suspensions were now single-armed, giving a clear look of both wheels.

The overall picture I get from this magnificent custom is of Aki’s creative spirit. It’s a spectacular, fat, aggressive custom bound to send any biker who sees it into a frenzy. The picture couldn’t be more beautiful with fat 17-inch wheels and 200 tires from Mitas on the rear.

Aki thinks that handling is still essential. The car wheel is bolted to the rims from a Yamaha FZR 1000, and the front six-piston calliper’s wheel brake gets retained from the original GTS1000.

From the bike’s more compact proportions, you can tell just by looking that Aki has worked hard at stripping it down to the bare essentials.

More minor is better in this case, and I like what he has done with this machine. It also has a custom build fuel tank with the original tank cut into half with Suzuki GSX-R 1100 tank making as a top portion of the tank. 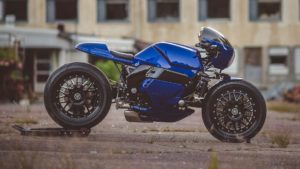 You can recognize the excellent design. It has a certain “je ne sais quoi” that’s often difficult to explain. It doesn’t need to be flashy or colourful because the design is so well executed.

It speaks all by itself. Despite its low-tech looks and brutal exhaust note arrives muffler adopted from the Kawi Z1000, this bike is a real custom.

Finding the perfect match for a specific bike has always been challenging. Not every exhaust system fits perfectly on every bike.

And it is even harder to upgrade a custom to be on par with the latest versions with a different look and feel. At the same time, Aki took a few components like the radiator or the footpegs from Yamaha and Suzuki.

It’s unusual you build a custom out of sports touring from the past that can best describe as aggressive. But Aki’s knife-edge style has been influential in the world of custom motorcycles, and his latest creation, the Yamaha GTS custom from Finland, is an excellent example of that.

Aki and Photos by Juho Vainonen 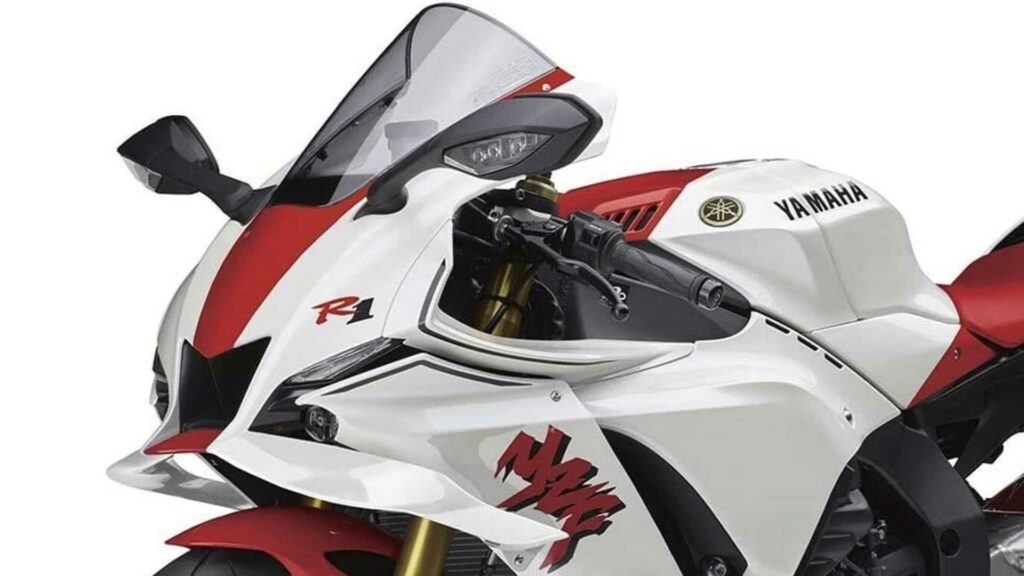 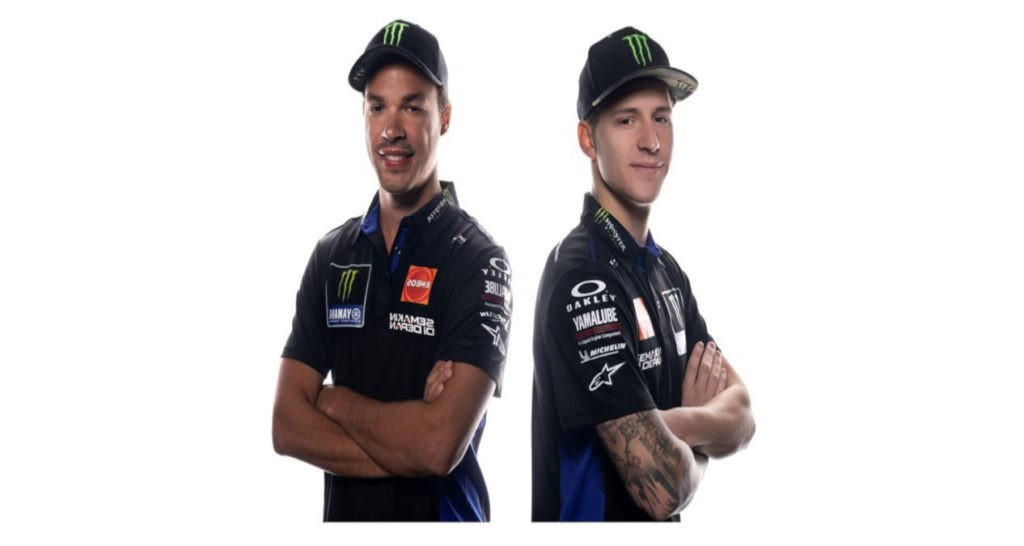