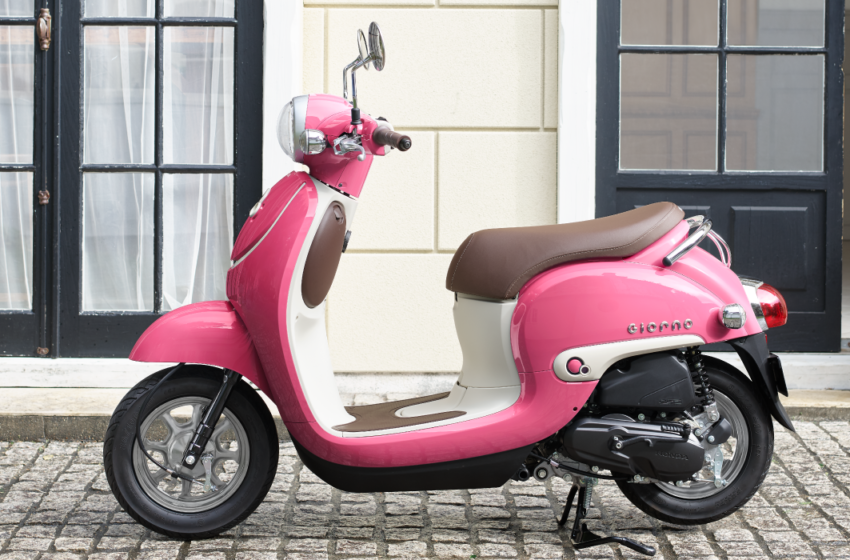 Honda has unveiled a new scooter and gets the utilitarian approach one step further.With a proper scooter built for both the city and the country.

It’s clear the Japanese giant is attempting to challenge well-established players like Vespa and Yamaha.But it’s also doing something completely different from anything we’ve seen in this segment before.

So, what’s different about the new Giorno? The handlebar is different for a start. It’s got a single headlight housed inside it, with sleeker bulb indicators on the sides.

The rider-only seat is narrower, but a pillion is still space. And its age-old competitor has been upgraded too.

Based on the same platform as earlier launched Dunk. Honda has a reputation in the motorcycle world to combine the best of old-world styling and engineering with the needs of modern riders.

The “Giorno” style scooter is no different, with its long, low.Curvy body sitting on a mid-mounted engine for stability and a scooter stance makes it easy to mount or dismount.

Yes, you can now enjoy the convenience of a scooter even if you’re very short on stature.

Sure, you won’t be setting any speed records with this little bop-about.But it has enough grunt to move you around town in style.

The Honda Giorno’s feature list is similarly straightforward as the general design. There’s an analogue dial with a digital inset and a 12V USB charging connector on the front.

We see the traditional telescopic fork and two rear springs on the front, while the brakes are front and rear drum brakes.

The Honda Giorno is a cutting-edge scooter showcases. The company’s vision of what people might ride in a hundred or so years.

It’s an extremely lightweight vehicle only weighs 81 kilograms.Which means extremely low on power (even for a 50cc scooter). However, the scooter arrives at a high price of JPY 209,000 (USD 1,800).