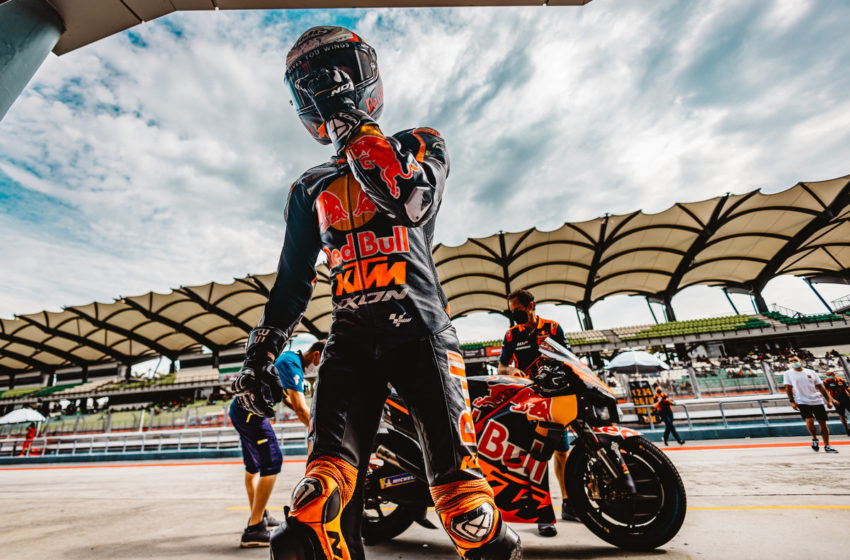 The 2022 KTM MotoGP effort swung into action for the first time this year with a comprehensive week of work at the Sepang International Circuit. The opening appointment of the racing calendar represented the first of two pre-season tests before the Grand Prix of Qatar on March 6th.

KTM accumulated almost 380 laps through Saturday and Sunday between the four riders. Red Bull KTM Factory Racing’s Brad Binder (18th on combined times) and Miguel Oliveira (15th) assessed new parts and ideas for the 2022 RC16 and further development after the final test outing of 2021 at the Circuito de Jerez – Angel Nieto in Spain.

Sunday was curtailed prematurely due to the typically unstable Malaysian climate. Heavy rainfall marked the end of the session by mid-afternoon, but both Binder and Oliveira completed a few circulations in the wet.

MotoGP now moves onto the new Pertamina Mandalika Circuit in Indonesia for a three-day test from February 11th and the final chance to work on configuration before the Losail International Circuit beckons next month. 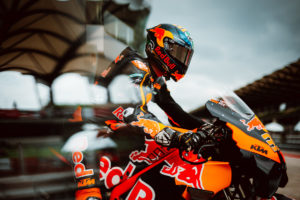 Brad Binder: “These last two days have been a challenge. We needed some more time to make the most out of the package. We have some small changes to the bike, and we have the same performance as last year, so now we need to explore different set-ups and balances to see what works further. Yesterday was about getting up the speed after the break, and then we didn’t have that much time this morning before the weather cut things short. I did a few laps in the wet, and everything felt good. Overall, I feel we have much potential. We need to work more to extract it.”

Miguel Oliveira: “Progress was there. For sure, our pace could have been a bit better, but we were still trying things out to maximise what we had. We still feel there is room to improve, and that’s important for us. It was good to have the half-day today, and we did the lap we had here two years ago, without any risk. Positive feelings, and now we move onto a new track. The package is there. We have to take advantage of what we have. It is the focus and what pushes us.” 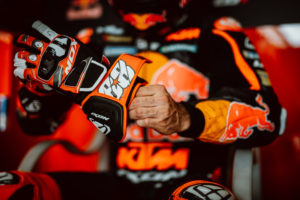 Raul Fernandez: “We end the test only one second from the first position: it is incredible how close the MotoGP category is. All the riders were here on the track, and it will be an amazing championship. KTM did an excellent job this week, and I am thrilled with all the work done here in Sepang. Step by step, I learn, and I get closer to the others, so this is what matters for me at the moment. During the tests, everybody is fast, but it will be different during the races, and I am well aware of that. For now, I think that we did an excellent job here in Malaysia.”

Remy Gardner: “It has been a hectic week of testing. Malaysia was fun, but I did roughly two hundred laps here, so I have to admit that I look forward to changing the track and going to Mandalika. We tried many different things this week, especially during the Official Test, and we managed to find some interesting points with the bike. Halfway through the day today, we decided to stop because I struggled with my physical condition and especially with my wrist after four full days on track. I need to focus on my recovery. I still managed to go faster this morning, and I improved my lap-time, which I am happy about. We are still a bit far away from the top positions, but it is not bad at all.” 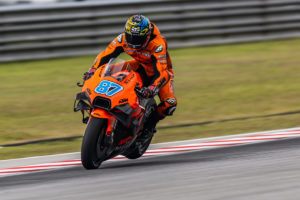 Francesco Guidotti, Red Bull KTM Factory Racing Team Manager: “We had a productive one-and-a-half-day here. We collected much information between the four MotoGP riders and our test riders Dani and Mika – and we tested different aero packs and delivered the new engine spec.

There were a few other essential items. We have three more days of work in Mandalika next week, and those will be important to evolve our ideas in different circumstances to be ready for the first race. Many comments from the riders here matched, and that’s important in finding the right direction. Hopefully, that will be enough to make the ideal combo for the start of the season.” 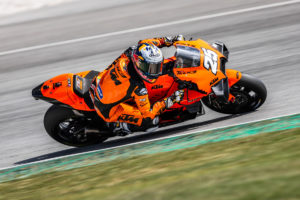 Sebastian Risse, Red Bull KTM Technical Manager MotoGP:  “Some intensive and productive days for us. First, we blew away the cobwebs from the winter and then focussed on the elements we have to homologate for the season.

These are important decisions, and we have only two tracks to make them. We know Sepang, and it’s a place where if something works, we can transfer it quite well to other tracks. It was important to understand the packages we had at our disposal here.

We had several different aerodynamic options, and we also worked on the engine and then the bike setting. It all had to fit together, and we had a few directions. Finally, we have a bike that is different for the riders, it does not have the same character as before, and it is already a step faster and still with some areas to explore.”