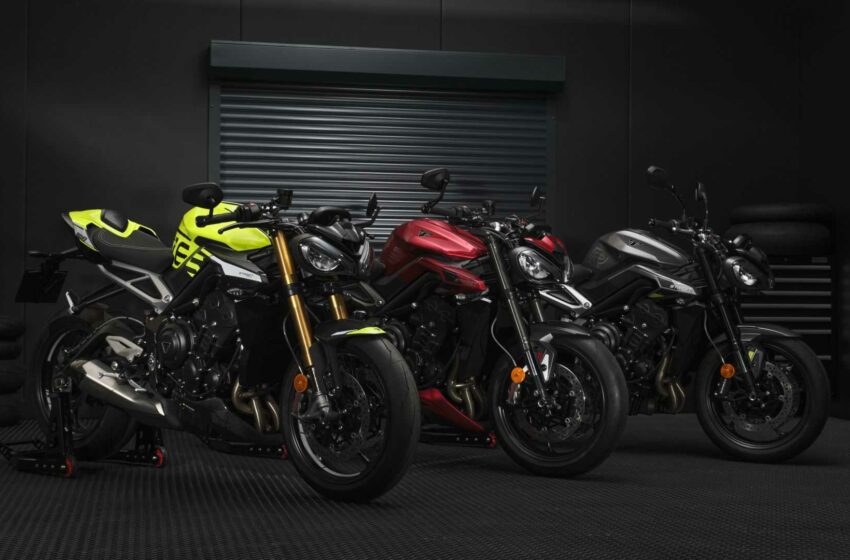 The new Street Triple has evolved into three motorcycles, each offering a different take on the fast, fun, exciting motorcycle ethos at the heart of the current generation of Triumph’s popular naked bikes.

There’s now an even wider choice for riders who want to use their Street Triple as a track day weapon or as a year-round commuter.

While the Street Triple lineup has always been a staple of the streetfighter category, Triumph has given their iconic middleweight triple more distinction this year than ever.

With multiple performance-enhancing upgrades, new design treatments and colour options, and an all-new Moto2 Edition, Triumph is breaking into an entirely new dimension of the sportbike market. Here’s a breakdown of what the British marque will offer.

Triumph revives the Street Triple lineup for 2023 to fill out a comprehensive family of motorcycles ranging from entry-level to premium through performance.

While the 765cc triple engine has a bore and stroke of 78mm x 53.4mm with a liquid-cooled, dual overhead cam. 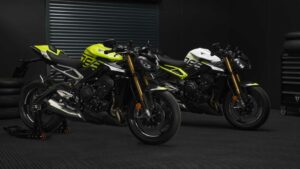 Triumph’s been biding its time until it could unveil a new lineup for the Street Triple family. The machines are immediately identifiable as Street Triples, but just as past upgrades have made them more refined (and significantly faster.

These latest ones have been engineered to be even better than their predecessors. Shift Assist up and down quickshifter are now standard on all three bikes.

Further, the new Triple R and RS now arrive with 12mm wider handlebars than the previous version. On the other hand, the Moto2 Edition gets a set of clip-on, which are 80mm lower and 50mm forward compared to the standard handlebars found on the R and RS.

Not to forget, the Moto2 Edition also has Öhlins fully adjustable suspension and Brembo Stylema callipers.

As for availability, you will have to check with your local Triumph dealer.