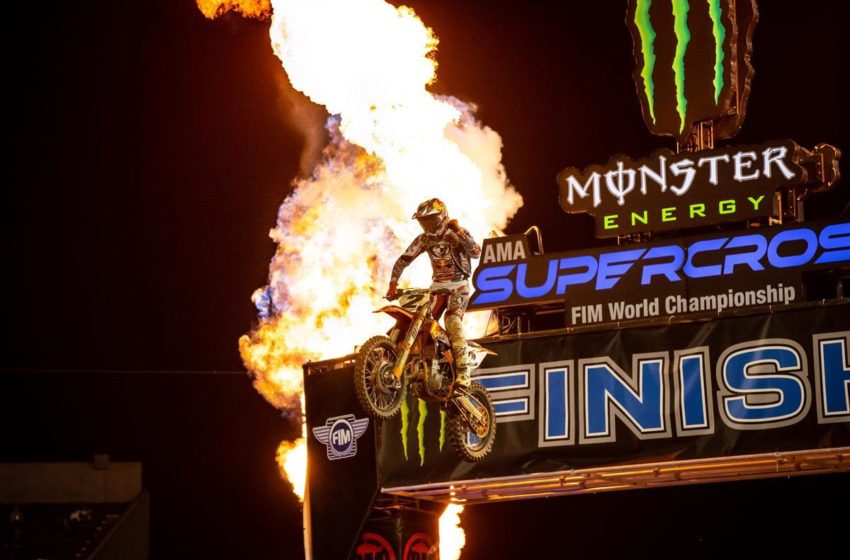 Red Bull KTM Factory Racing’s Cooper Webb had a big night in Orlando. He was topping the 450SX podium with his second Main Event victory of the season at Round 7 of the 2021 AMA Supercross Championship.
Webb, who sits second overall in the early standings. Picked up three valuable points as he continues to chip away at the leader in his quest for a second career title. 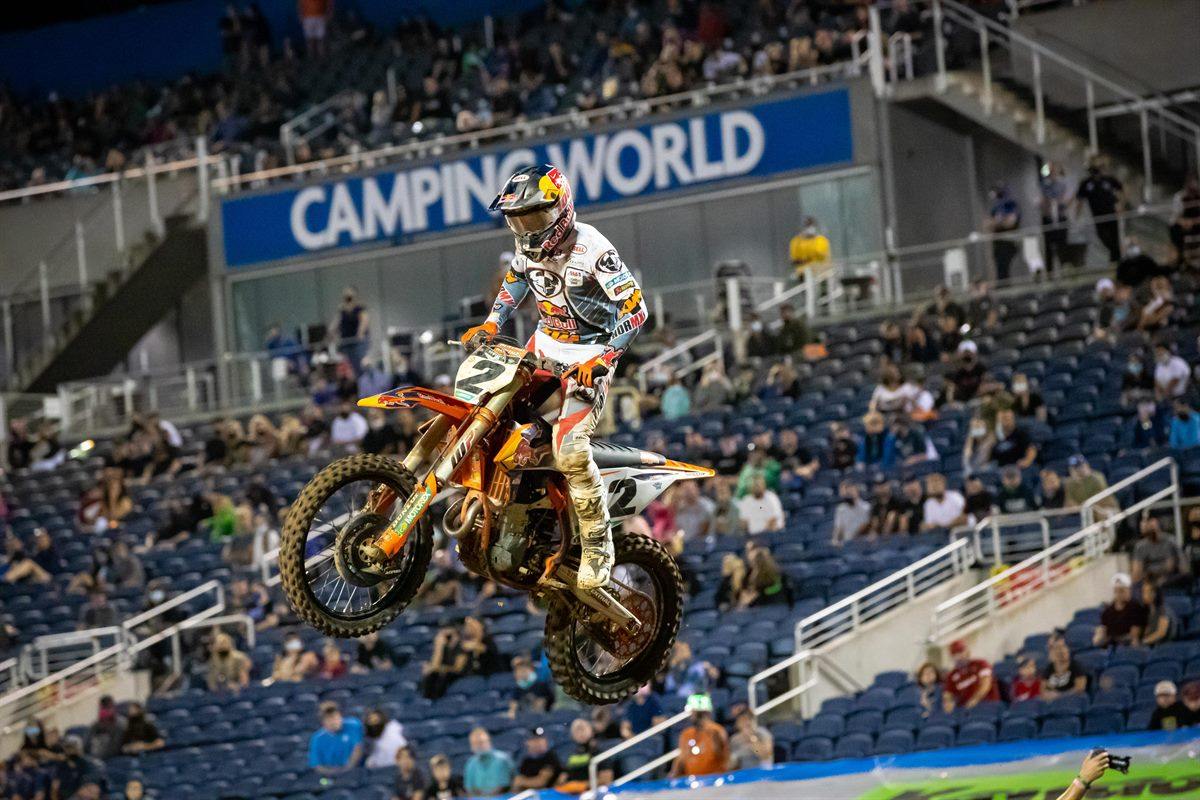 The 2019 450SX Champion continues to make positive improvements in his overall setup.
Which led him to a favourable second-place qualifying position earlier in the day.
He didn’t get off to the best start in 450SX Heat 1 as he rounded the opening lap in eighth. He was climbing his way up to sixth by lap five.
He finished strong with a sixth-place transfer into the Main Event. 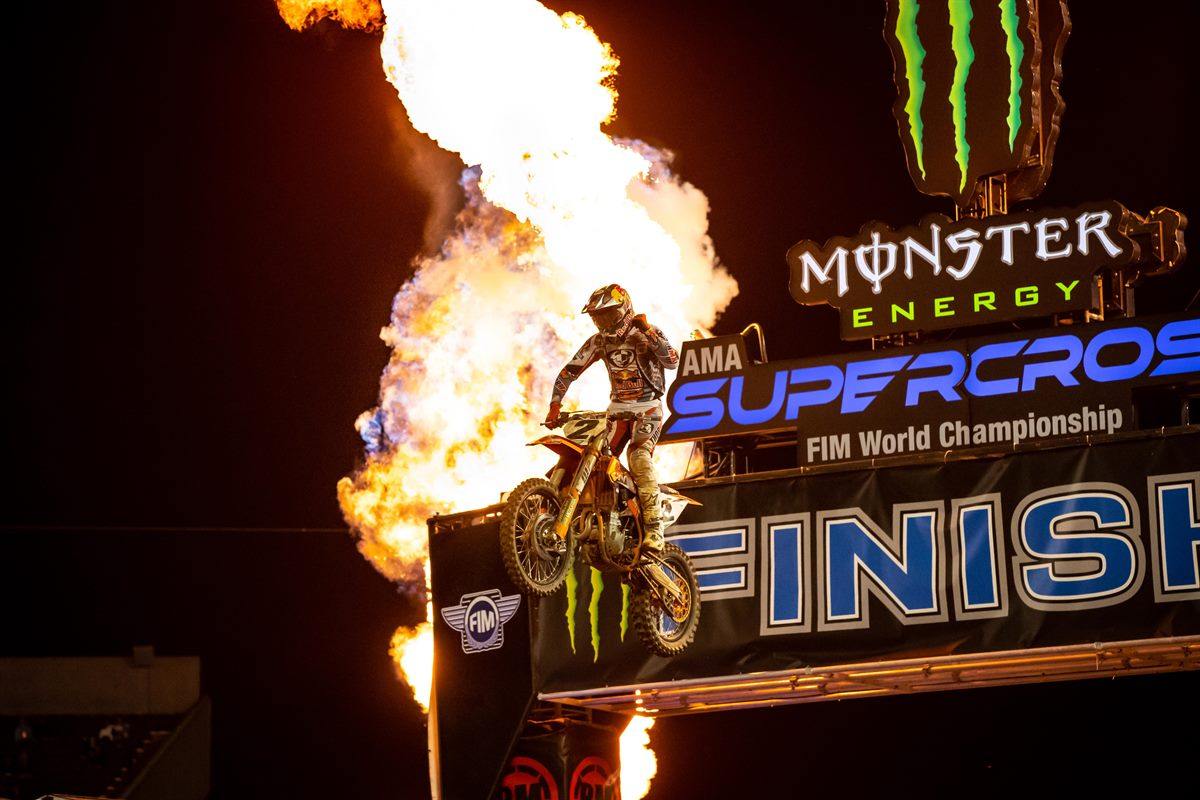 In the main, Webb got off to a great start and positioned himself upfront on the opening lap.
Four laps in, he made a spectacular move to launch his KTM 450 SX-F FACTORY EDITION from third to first. Establishing himself as the rider to beat for the remainder of the race.
Fending off a hard-charging Ken Roczen in the final laps, Webb remained poised under pressure to best his championship rival by less than one second at the end of 25 laps. 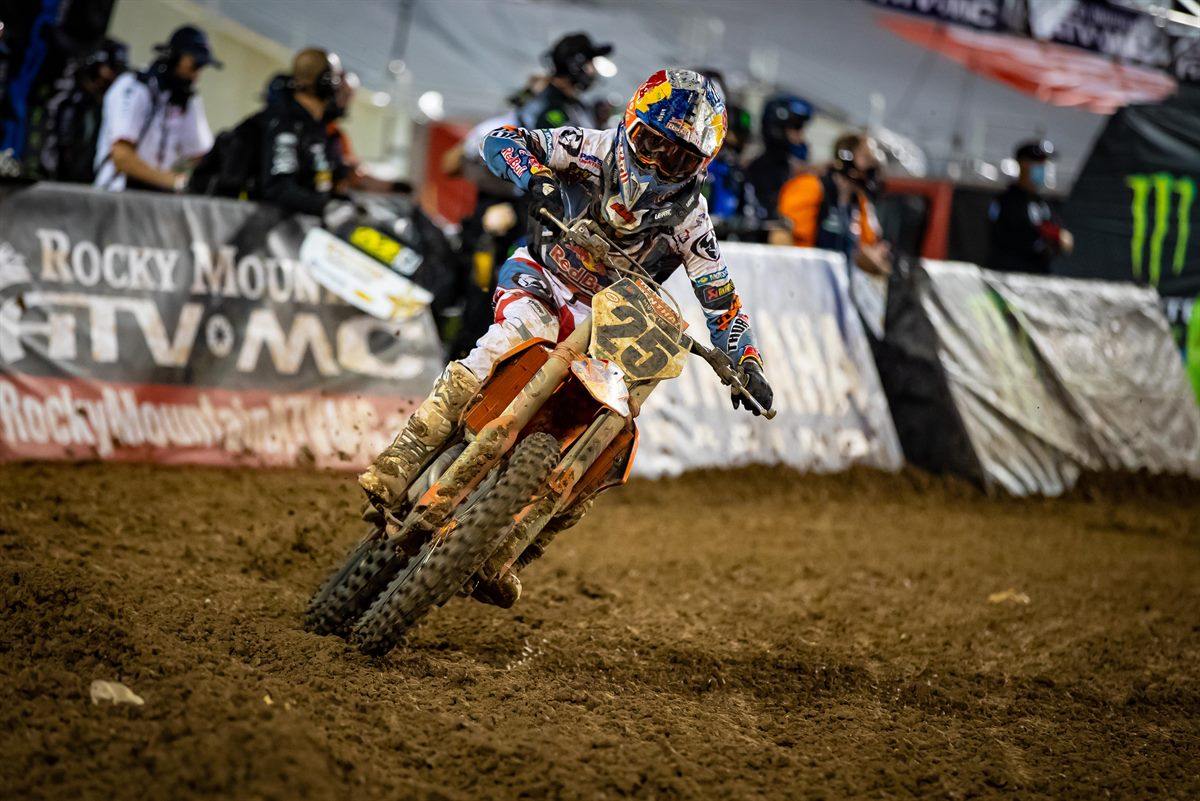 Webb: “It was a great race tonight, we were one and two for pretty much the whole thing, tooth and nail.
It was a tough race, the track really broke down a lot, especially from the beginning laps and it’s definitely a little different when you are leading the majority of the Main Event.
I made a few mistakes those last few and Kenny caught up, but I was able to get it done and man does it feel good.”
Musquin had a tough start to the day with challenges in qualifying, but he turned things around for himself at the beginning of 450SX Heat 1.
Grabbing a third-place start and battling up front all race long, Musquin solidified a respectable third-place transfer into the Main Event.
Musquin was ready to race for the Main Event but as the gate dropped the French rider found himself losing traction to the mud and got off the line in dead last.
He made his way up to 13th on the opening lap, and from there he went to work passing riders as quickly as possible.
He climbed up to eighth midway through the race and with two laps to go he overtook another spot to salvage seventh-place on the night.

Musquin: “I was a little bit off in practice, but I focused on the night show and made sure I had a good heat race to put myself in a good position.
I was so ready for the Main Event, I had a good gate, and when I let the clutch go, it started spinning, and my rear wheel went sideways.
I lost balance and was dead last off the start, exactly what I didn’t want to do.
I put my head down and tried my best, as always. It was sketchy making passes in the beginning but I ended up seventh.
I’m just bummed. It was a bit muddy behind the gate and things like that happen.”
Team rider Maximus Vohland continues to recover from a dislocated hip sustained during a practice crash at the fourth round.
The young rookie will continue to assess and evaluate his injury alongside his doctors. 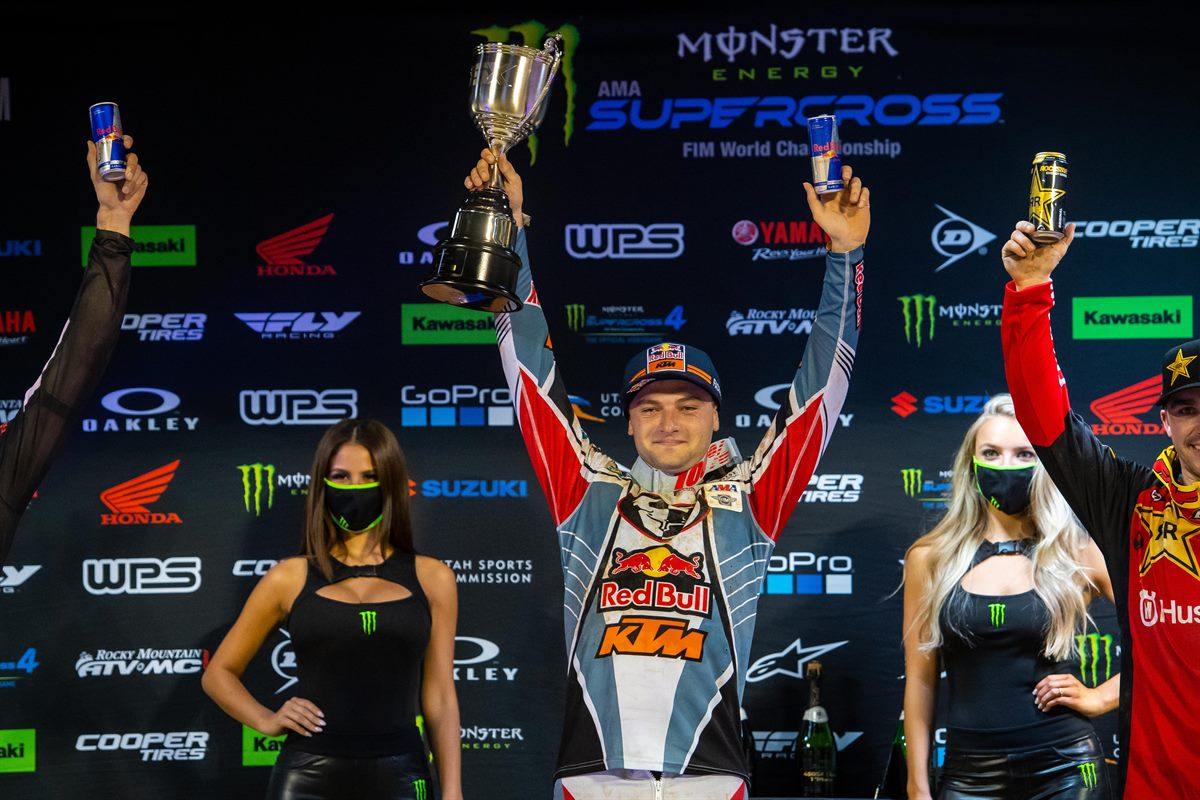