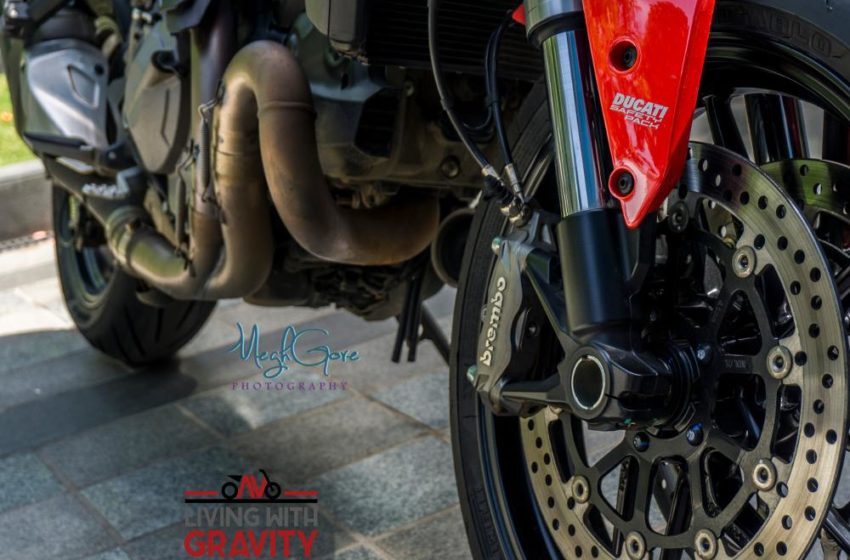 With its design and electronic system borrowed from the 1200, optimized part-cycle, revised driving position: the new Ducati Monster 821 is the most “Universal” Monster ever created. This monster also offers a new sport potential.

Italians have two passions in life: soccer and bikes. It is true that their national team has just been eliminated so no world cup for them. But fortunately, with the launching of the Ducati Monster 821 at this year, they have enough reasons to keep smiling.

The Saddle is at 810 mm from ground level and with a quick arrangement in the setting can be taken down to 785 mm and the handlebar is a little bit higher and closer to the driver: on the new incarnation of the little Italian monster, we adopt a driving position with less effort on the wrists. The hanger, of a reasonable width, offers a perfectly natural ergonomics, thus not requiring you to stretch out your arms a lot.

Though It looks almost unchanged, the new reservoir can hold 2.5 liters more than before and it still retains a certain fineness to the crotch. You won’t have to get your legs too folded, thanks to less inclined footrests. Admittedly, they still remain a little high, but it remains suitable for riders of an average height.

Same as on the Monster 1200, you cannot ride over obstacles without feeling the heel of the boot that comes knocking on the plate on which is fixed the rear footrest. To cruise around in the city, it’s ok, but if you want to take it to the circuit, this will feel very much embarrassing. This is definitely the price to pay if you have to add an extra passenger to your own weight already. 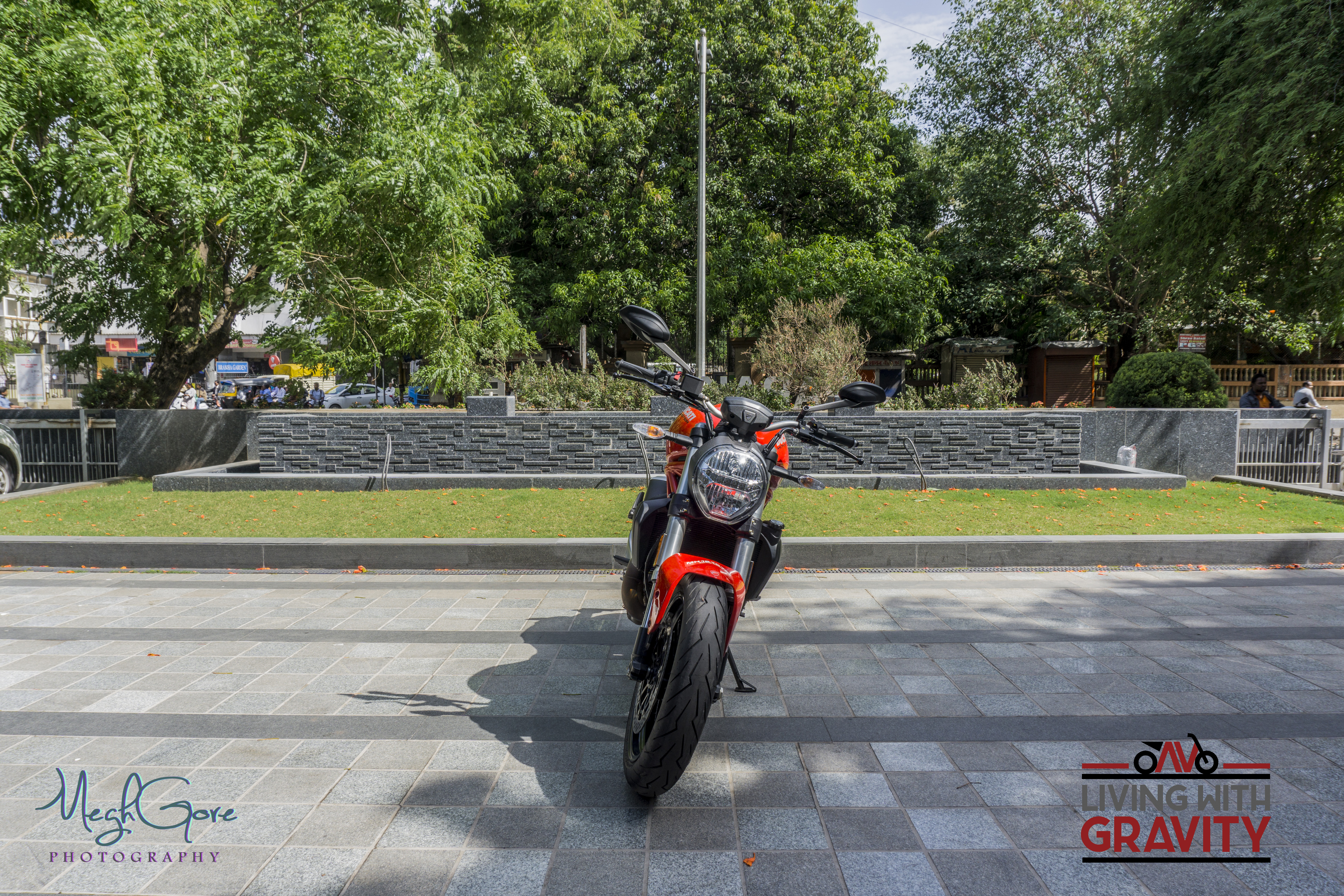 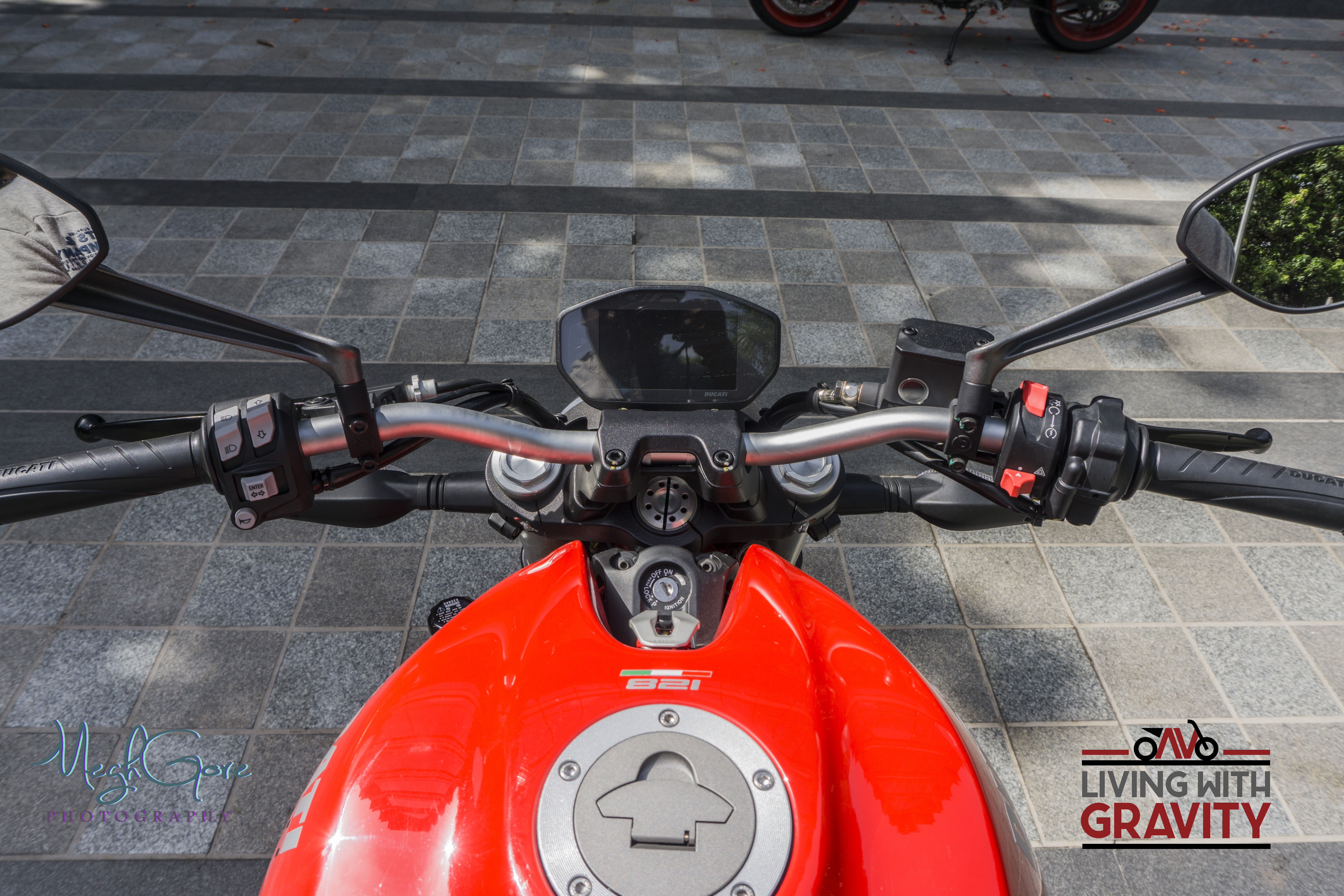 When riding in town, where gear shifts are frequent, the clutch is much appreciated for its smoothness and the gear box which never dries up, turns out to be very precise. In addition his, the Ride-by-Wire technology distills a smooth response to acceleration, making it easy to enjoy the Ducati Monster 821 to its full potential.

If the twin is within the 2,500 rpm – 3,000 rpm interval, it immediately responds smoothly in a very comfortable sound. Unctuous if you clean it, it is downright villainous when jostled. At low and mid revs, there are no disturbing vibrations that are felt. On the other hand, stuck in the traffic at more than 30 ° C, it heats terribly! The fans of the huge radiator expel the stale air to the legs and, on the right, the exhaust pipes.

Fortunately, with a shorter turning radius than before, a center of gravity better placed to reinforce the control and a homogeneous mass distribution, the new Monster (yet 10 kg heavier than the 796) is even more manageable and agile at low speed. On an averagely rough pavement with a few damaged areas, the suspensions of the 821 show a very good absorption capacity. On the flatter seat than before the rider enjoys a good comfort and we imagine that once equipped with the high bubble and Ducati side bags, the Monster 821 “Strada” could easily make the happiness of the amateurs of occasional long trips.

A twin with character! 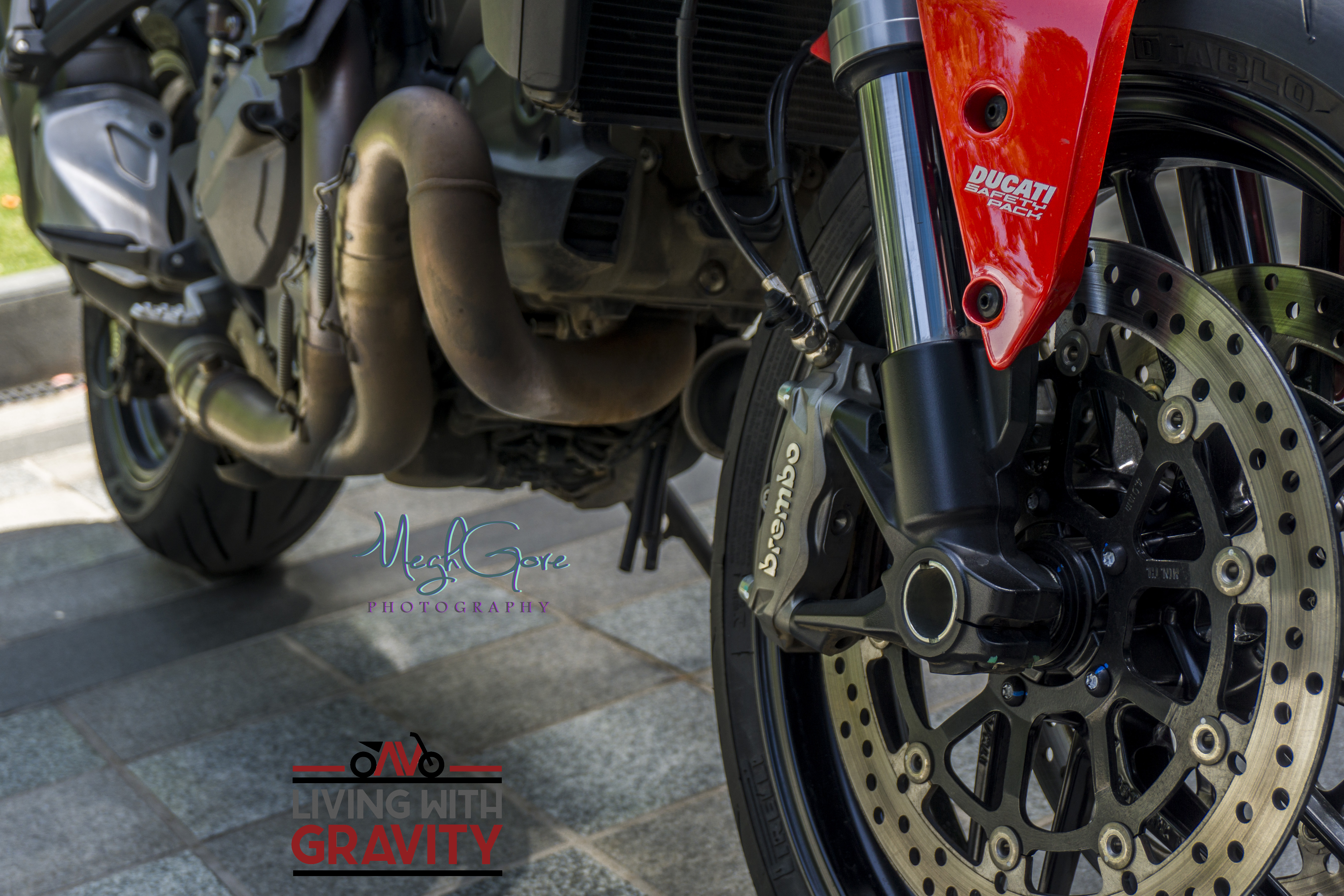 It’s got character, but not temperament!

Our second day of driving confirms the new versatility claimed by the midsize roadster. In the traffic of Pune, the Monster 821 showed proof of a very dynamic behavior. Stalled between 3,000 and 6,000 rpm in the 6th, it is wound on a net of gas.

Handling, cornering, keeping the course on course: the Monster 821 hardly gives room for any criticism. Agile, light, offering itself to her pilot, in the winding she leads with a simple look, always a satisfactory comfort. It is flawless in driving casting, allowing to roll with ease from one turn to another. To round this all up, its crankshaft engine is pretty much lighter as compared to the Desmodue 796 generates much less inertia.

The Small Giant: Benelli TNT 300i

The lighter crankshaft and mounted on new bearings in oil thus greatly reduces the engine inertia. As on the Monster 1200, new injectors allow to directly target the rear of the hot inlet valve. The large curved radiator comes with two electric fans.

Normally, the ventilation never starts prematurely, but always passed 99 and 105 °. The air is expelled directly to the thighs which gives a pretty warm sensation!

The exhaust which is a 2-in-1-in-2, with beautiful pipes of 50 mm, incorporates two lambda probes and a valve for the sound. The cable clutch control is very flexible. Same as its ancestor the Monster 1200, the 821 is equipped with a Ride by Wire accelerator. Apart from revisions, the “little” Monster of the new era in turn takes a new course with intermediate revisions (oil and filter) to 15,000 km. Valve adjustment and belt changing are to be expected every 30,000 km.

Part cycle identical to that of the 1200, the steel mesh frame reduced to its simplest expression is directly attached to the cylinder heads. the front end of this frame doubles the torsional strength as compared to the lattice of the old Monster 796, while displaying a weight loss of 1.23 kg. The rear part of the frame would rather gain another 1.1 kg. In the front, the reverse fork Kayaba 43 mm dip tubes shines with its progressiveness, but sometimes lacks firmness in attack mode. The aluminium swing arm is connected to the rear cylinder via a Sachs adjustable compression and rebound longitudinal monofilament.

Compared to the 796, the wheelbase has been extended by 60 mm. The handlebar is raised by 40 mm and brought back to the driver of 40 mm also. While the weight distribution is identical (47.5% on the front, 52.5% on the rear), the center of gravity is retracted by 24 mm and lowered by 18 mm. On the braking side, the new Monster makes use of two 320 mm discs bit by 4-piston Brembo radial callipers monoblock M4-32, at the front.

Being renowned for being very powerful, this device offers a frank attack. The rear disc of 240 mm, pinched by a single piston caliper, is criticizable in terms of questionable feeling and biting. On the new 10-spoke wheels are mounted Pirelli Diablo Rosso II tires which are known for offering a very good grip. The rear tire gains height (60 mm against 55 before) and has a more rounded profile thus reinforcing the very good handling of the new Monster 821. The Monster 821 is equipped with Ducati Safety Pack including ABS 3 levels and the DTC. The traction control can be set to 8 levels, each programmed with a different slip tolerance, with the level 8 being the most sensitive. ABS and DTC can be customized and saved, but predefined settings are also assigned to each driving mode which can be easily changed.

Manufactured using less material than before, adorned with fairly present hoses and equipped with lattice frames, the new Ducati Monster is already making its way to the top of the list of many bike lovers. However, their manufacturing quality still remains very good. Although the nasty cable duct passing close to the steering column is quite visible, the whole remains quite neat. The new dashboard all in liquid crystal display is well arranged and pretty visible. Driving modes, trips, instant consumption, average fuel consumption, driving time, average speed, outside temperature … but still no gear indicator engaged. This information is easily scrolled via an ergonomic button to the left. The instrumentation is equipped with a LED shift light.