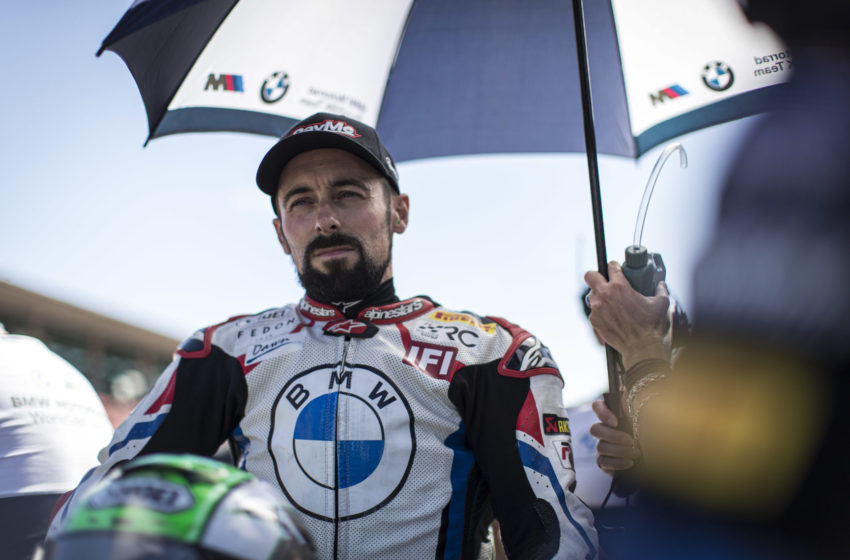 The team will expand its involvement in 2022 and run two BMW M 1000 RR in the future. In the saddle will be two well-known WorldSBK riders: Eugene Laverty (IRL) and Loris Baz (FRA).

35-year-old BMW works rider Laverty has been racing in WorldSBK since 201. And enters his third season with BMW Motorrad Motorsport in 2022. Baz also comes with plenty of WorldSBK experience. 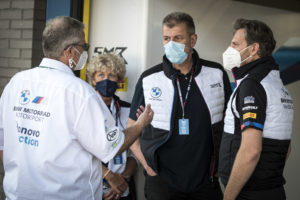 He then returned to WorldSBK. In the 2021 season, Baz has been riding in MotoAmerica but has also been impressed on several outings in WorldSBK. His WorldSBK record to date: two wins and 20 podiums. Baz will now be a BMW works rider in the 2022 season.

Jonas Folger (GER), who lined up in WorldSBK with the Bonovo MGM Racing team in 2021.Will be looking for a new challenge after what has been a difficult season for him. The cooperation in the WorldSBK has been terminated by mutual consent. 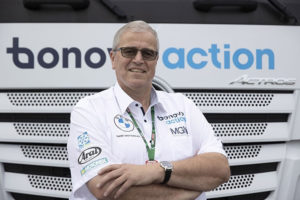 Dr Markus Schramm, Head of BMW Motorrad: “The Bonovo action BMW Racing Team is an integral part of our WorldSBK project. And we are looking forward to intensifying the cooperation.

Jürgen Röder’s and Michael Galinski’s team brings a lot of commitment. And passion for motor racing to the FIM Superbike World Championship.

This BMW team is now expanding and will line up with two BMW M 1000 RR is an essential step for the team. And BMW Motorrad Motorsport’s entire WorldSBK project.

The team is well-positioned coming into the new season. With two factory bikes and BMW works riders Eugene Laverty and Loris Baz.

We are looking forward to tasting success together in the 2022 WorldSBK!”

The team and I have gained much experience in the first year of our cooperation.And that now forms the basis as we continue to move forward together.

The two riders starting for the Bonovo action BMW Racing Team also underline our ambition. We are very pleased that Eugene Laverty remains a part of the BMW works for rider family. And lines up with us in his third season.

Although the 2021 season was not always easy for him, he showed many fights and committed to our project.

At the same time, we are pleased to have Loris Baz on board. Having spent a season on the BMW S 1000 RR in 2018, he is now part of the BMW works for rider family.

Loris has been more than impressed on his WorldSBK outings this season. With their skill and experience, we are confident that Eugene. And Loris will help move the Bonovo action BMW Racing Team forward.

We want to thank Jonas Folger. It is a shame that his debut season in WorldSBK did not play out as we were all hoping. However, he and the team never gave up and always worked hard.

We are very grateful to him for that tireless commitment.”

The goal is for the two BMW teams to cooperate even more closely. It is great for us to have two strong riders on board.

Particularly Eugene, who has been on the BMW for a few years, is an extremely analytical rider and provides feedback that can excellently incorporate in the further development of the bike.

He knows all the BMW structures he needs to contact and when and is a great team member. I think 28-year-old Loris is a great young rider. We have seen what he is capable of. He has done well in MotoAmerica, returned to World Superbike, and achieved some impressive results.

It is a real godsend for me to have someone like him in our team. I think we have a real chance of consistently finishing in the top ten with both riders next season.

That is a real asset for the whole BMW family. At this point, I would like to thank Dr Markus Schramm and Marc Bongers again for integrating us so closely into the BMW structure. We will do everything we can to live up to this privilege that has been bestowed upon us.

I find that incredibly impressive. We still have a perfect relationship, and that will remain the case.”

Michael Galinski, Team Manager Bonovo action BMW Racing Team: “We are pleased to be able to take this step together with Jürgen Röder, and are very proud of our two riders.

In Eugene Laverty and Loris Baz, we have two excellent riders. Loris has started in many classes, such as MotoGP and Superbikes, on many different manufacturers’ bikes, including BMW and Yamaha. He recently showed what he can at the race in Portugal: two third places as a reserve rider is no mean feat.

We are delighted to have him on board. Eugene has been slightly below par this year, as he could not ride for a long time. He is an excellent development rider and will help us to develop the bike together with BMW.

All in all, we are now on equal footing with the BMW Motorrad WorldSBK Team. They also have two tall riders on the bike, in Michael van der Mark and Scott Redding.

As the third tall guy, Loris will be able to contribute to the development in this regard. Eugene is not quite as tall, but we are all moving in the same direction together.

We are looking forward to the coming season!”

It is fantastic to remain in the BMW WorldSBK family. The past six months have been tough for me as a rider, and so I’m very grateful for the continued support and belief from everyone involved in this project.

I’m very motivated to repay that faith in my abilities, and I feel confident that following a solid winter testing campaign, we can arrive ready and competitive at round one.”

Loris Baz: “Am thrilled to be back in WorldSBK, so I want to thank BMW and the Bonovo action BMW Racing Team for giving me this opportunity. I have shown during these two rounds in Spain and Portugal that I have the pace to fight at the front in this championship.

BMW is the brand that grew the most in the second part of the season. Have closely watched how the bike was improving.

I have been racing with BMW before, so I know many people there, and I was also competing with MGM Racing for one race back in 2012.

Thrilled and excited about this opportunity and am looking forward to trying the bike and working together with the team and BMW. Thanks again to all the people involved in this project.” 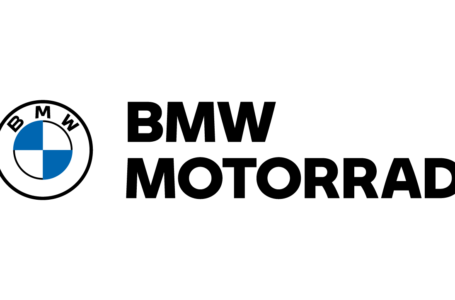 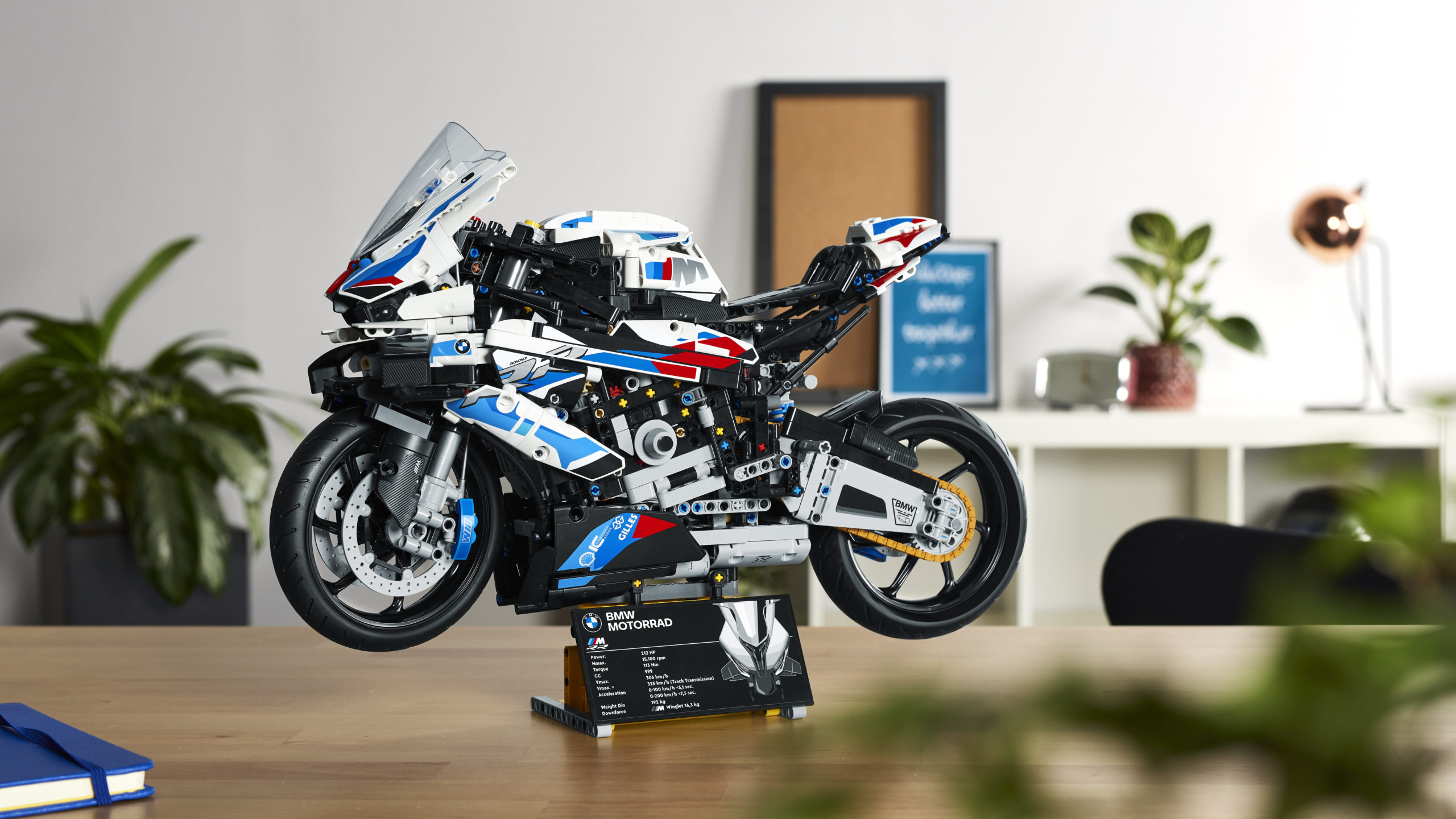