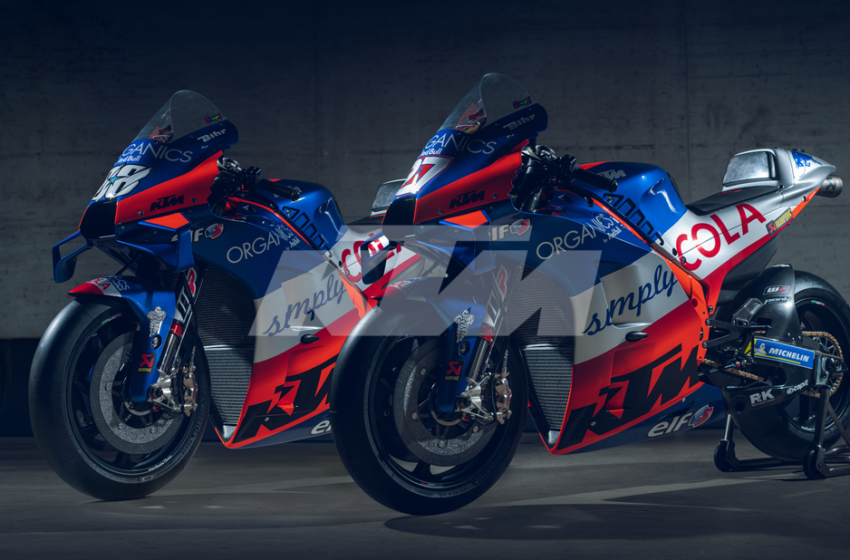 With 28-year-old Pol Espargaro returning for his fourth term with the KTM RC16 .As holder of the most Grand Prix points and one podium finish and his seventh in the category. 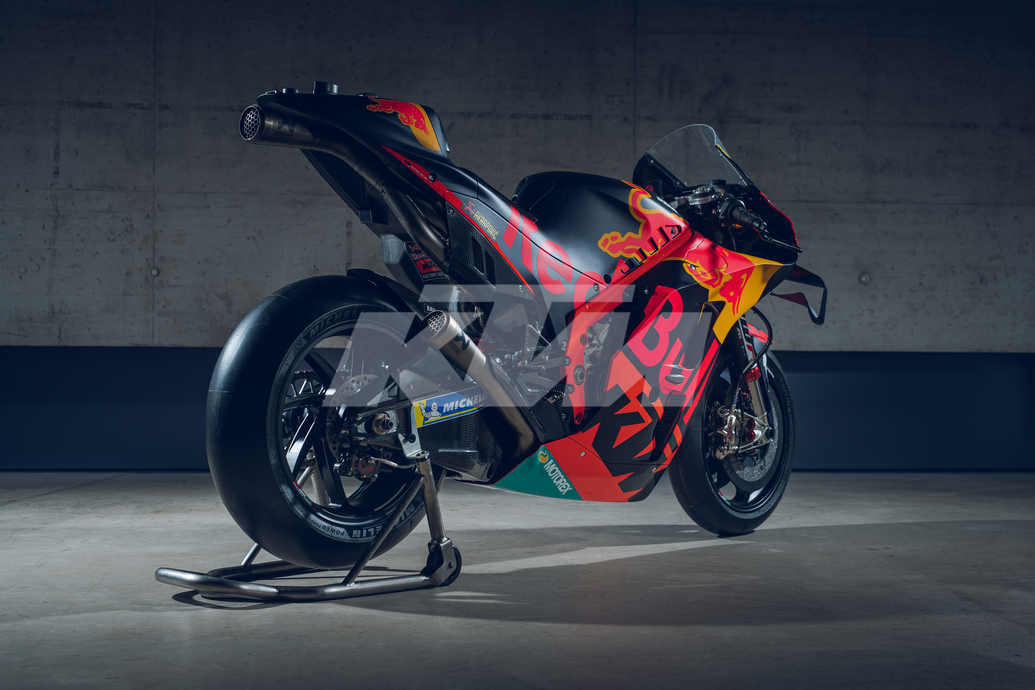 And Iker Lecuona (at 20 another rookie for 2020 and the youngest racer on the grid). Forming the Tech3 roster. 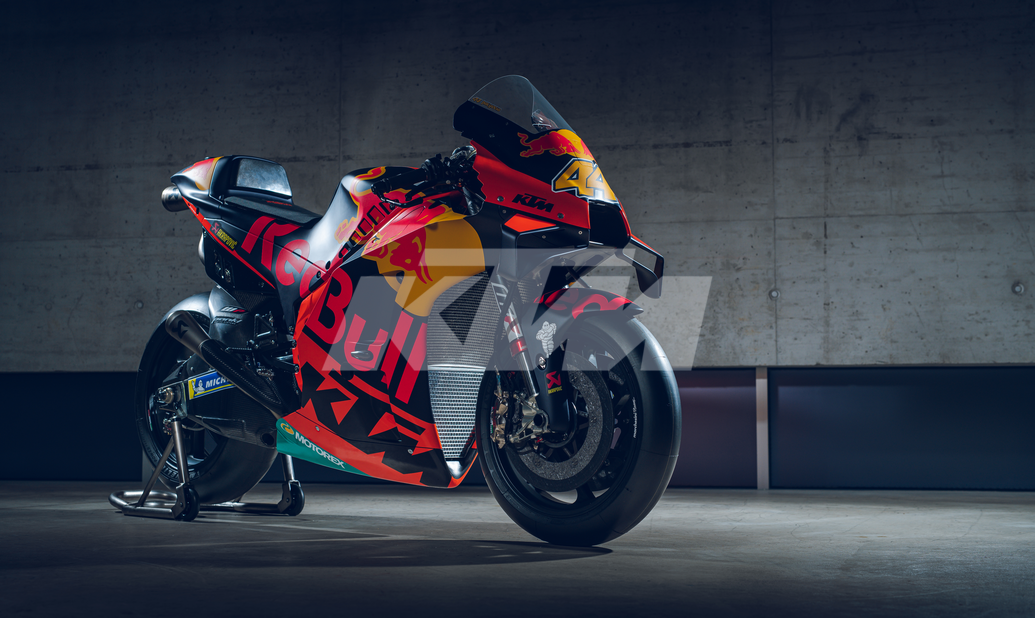 For the second season on a row .KTM will count four KTM RC16s on the MotoGp grid and with the quartet of race bikes all carrying a 2020 spec.

The riders have already completed both a private and official IRTA.Test so far since January and will lap.

Losail from February 22nd for three days in the final dialing-in outing before Grand Prix action commences at the same venue. 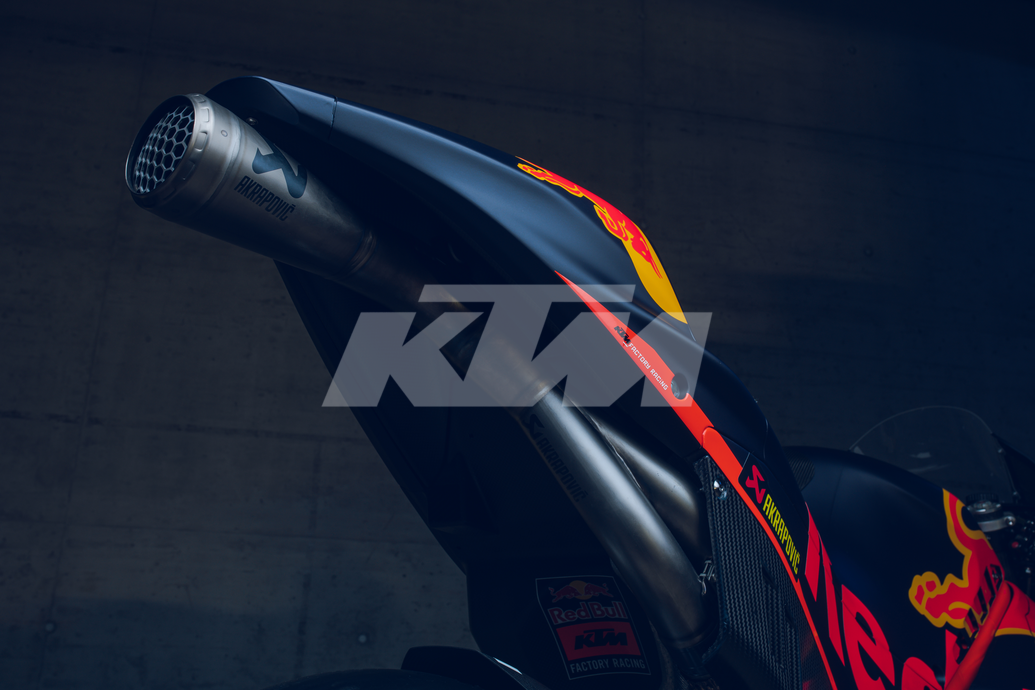 Red Bull KTM Tech3 boasts some novelty factor for 2020 with their. ‘Organics by Red Bull’ livery and a fresh look for the crew.

The potential of the third generation of the KTM RC16 is eagerly anticipated after the firm.

Expanded its test team efforts with the experience of former. World champion Dani Pedrosa complementing the long-standing knowledge of Mika Kallio in 2019. 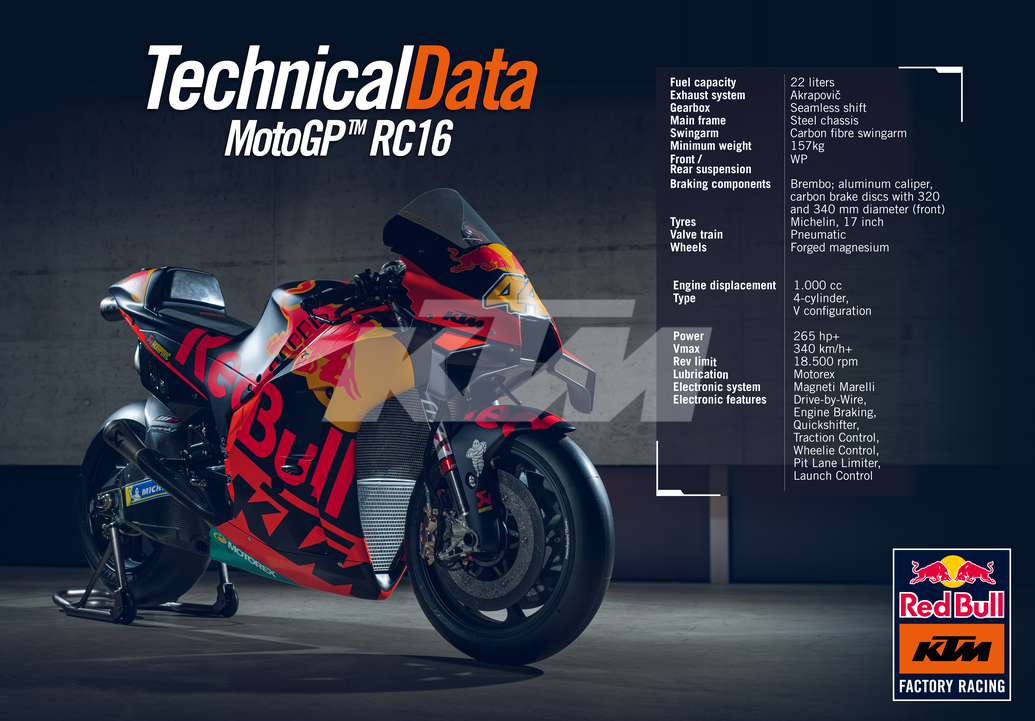 MotoGP will represent the peak of the KTM road racing structure. No less than fourteen KTM RC4 riders. Will be progressing or learning the finer points of Grand Prix in the Moto3 division while the.

Stars of tomorrow will be battling through the 2020 seven-round Red Bull MotoGP Rookies Cup and the brand-new Northern Talent Cup series.

Pit Beirer, KTM Motorsport Director: “2020 is about to begin, and I would say we are exactly where we expected to be.

We’ve had everything on a road map and have followed it with the full support of the company and the board.

Last year we worked with a satellite team, and four riders that provided valuable feedback, and the groups spurred each other on.

But, at the same time, it pushed us to the limit for resources and raised us to the peak where we are now.

I would not say we have a ‘satellite team’ now, but instead. We are a KTM ‘pack’ with friendship and trust . And I include our test team in that whole organization.

It’s fascinating to be able to develop insanely powerful, high-quality motorcycles.The pinnacle of motorcycling engineering – and we push the materials to the limit.

Then there are the riders; Pol brings so much to this project. And we know Brad very well, and it is a great story for us to have our own Moto3 world champion now racing in MotoGP.

Miguel will definitely put the factory guys under pressure this year.And we have massive faith in Iker, who has impressed us already.

Working on the Moto3 project in 2012 was the foundation of our current MotoGP program. And one of the most important steps for our racing department because it allowed us to start.

Learn fast, and build with mostly the same group of people. We’re happy to be able to play such a significant role in that category.

We will continue to give it everything we’ve got to make improvements in MotoGP. This is an outstanding season for us.

I’m convinced we have done an excellent job in the background to be .Lining up with a perfect motorcycle on the starting grid, but we will be measured by our lap-times!”

Click HERE for the 2020 MotoGP Media archive with access to the video interviews (riders and team management), photography, KTM RC16 material, and transcripts and translations.

The 2020 Red Bull KTM MotoGP Team Presentation video can be watched on YouTube by clicking HERE.