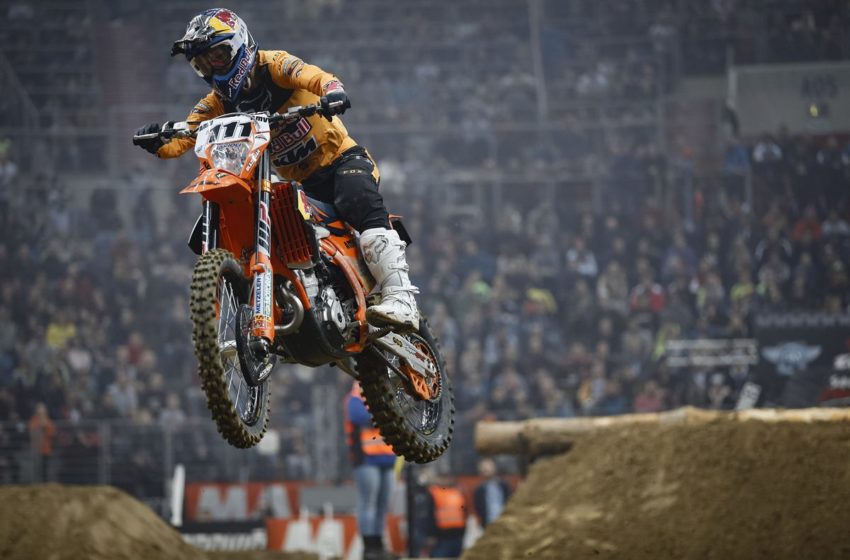 The 2020 SuperEnduro series kicks off with round one at the Tauron Arena in Krakow, Poland. Championship then continues with events in Germany and Spain during January.Followed by a race in Hungary on March 1.

A second visit to Poland and the Lodz Arena concludes the championship on March 14. Each event is made up of a points-scoring SuperPole for the top qualifiers.Followed by a three-race format to decide the overall event winner.

2019 series went right down to the wire with Taddy and.Two other riders capable of claiming the title at the final round in Spain.

Narrowly missing out, Taddy ultimately secured third in the standings in what was his 12th season of SuperEnduro competition.

Blazusiak is enjoying a strong run of form of late.Having recently finished as runner-up in the 2019 AMA Endurocross Championship.

While also delivering a podium result at the closing round of this year’s WESS Enduro World Championship. The experienced 36-year-old is fully committed to.

What will be his final championship campaign for KTM before signing off from the team early next year.

Taddy Blazusiak: “I’m super-excited to be back racing SuperEnduro, especially in Krakow. Poland for round one where I am unbeaten so far.

My 2019 season has gone well . But it’s always tricky to swap from the indoors to the outdoors as it makes training for one discipline pretty tough.

I feel fit and strong and my focus is now 100 percent SuperEnduro. So I hope to come away from round one with a strong result.”

Jonny Walker was forced to sit out the 2019 SuperEnduro season . Due to the injury he sustained during the inaugural WESS Championship.

Back for 2020, the likeable Brit will undoubtedly be aiming to take his first title in the FIM series. Runner-up in 2012, Walker then claimed five consecutive third-place championship results through to 2017.

Cementing his reputation as a formidable opponent indoors. Now close to full fitness.Walker is focused on topping the podium in Poland and getting his 2020 season off to the perfect start. Jonny Walker: “I’m really looking forward to the SuperEnduro season. It’s nice to be able to race again after having to miss it last year.

My form has been improving over the course of 2019. I was really pleased to finish the WESS in third overall – hopefully I can carry that speed to the indoors.

We’ve done a bit of testing and I’m feeling really good on the bike. Originally, I was going to miss the first round due to requiring an operation on my wrist.

As this has been postponed to the 10th of December .Plan now is to race round one and then hopefully I’ll be strong enough to continue with round two in January.”

Five-round 2020 FIM SuperEnduro World Championship kicks off with the round one in Krakow, Poland on December 7, 2019 .Before continuing in early 2020.