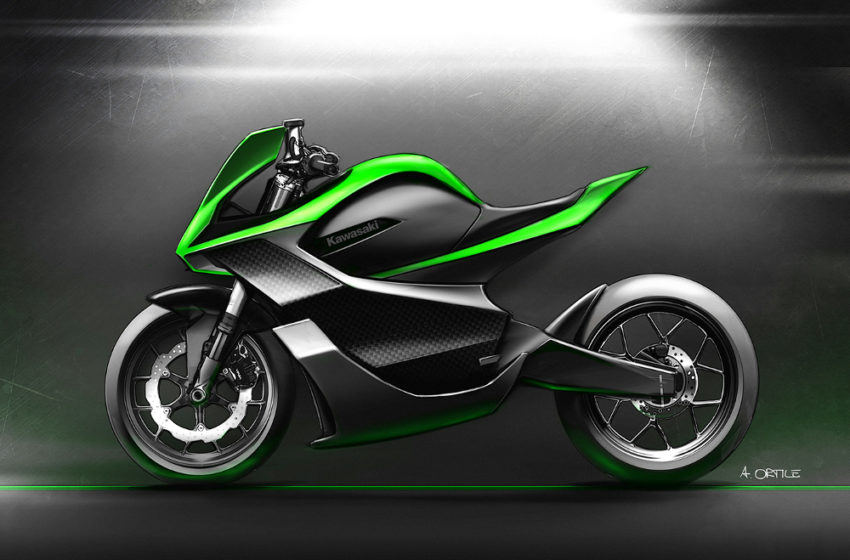 Rumor of Kawasaki coming with electric motorcycle is not new however beautiful renderings by Andrea Ortile makes one thing that in a more strong fashion plus close pictures Kawasaki’s patent and Andreas’ concepts do well match .That Kawasaki is planning to come with electric motorcycle.
Since 2011 there were rumors that Kawasaki will enter the electric space.As the electric market is going to be dominant in future and is is projected to reach $13,864.0 million by 2025, according to P&S Intelligence. Kawasaki Ninja Ultra is a motorcycle developed to express the sporty performance of the Japanese brand.
Its concept that follows the tradition of the past of the Kawasaki Ninja trying to evolve and exaggerate the concepts to create a unique design that emotions. It is based on the Kawasaki Ninja H2 frame but powered by an all-electric engine.
The style is aggressive and the various materials that make up the bike are intertwined forming sharp lines without losing the dynamism of form.
The side is dominated by a carbon fiber surface that develops from the bottom of the bike until below the windshield.
In front it is not present the classic windshield but is replaced by an aerodynamic wing which also becomes the main stylistic feature of the bike.
Behind the tail has a minimal form for improving the visual lightness of the vehicle.Well Kawasaki need to bring this in production. 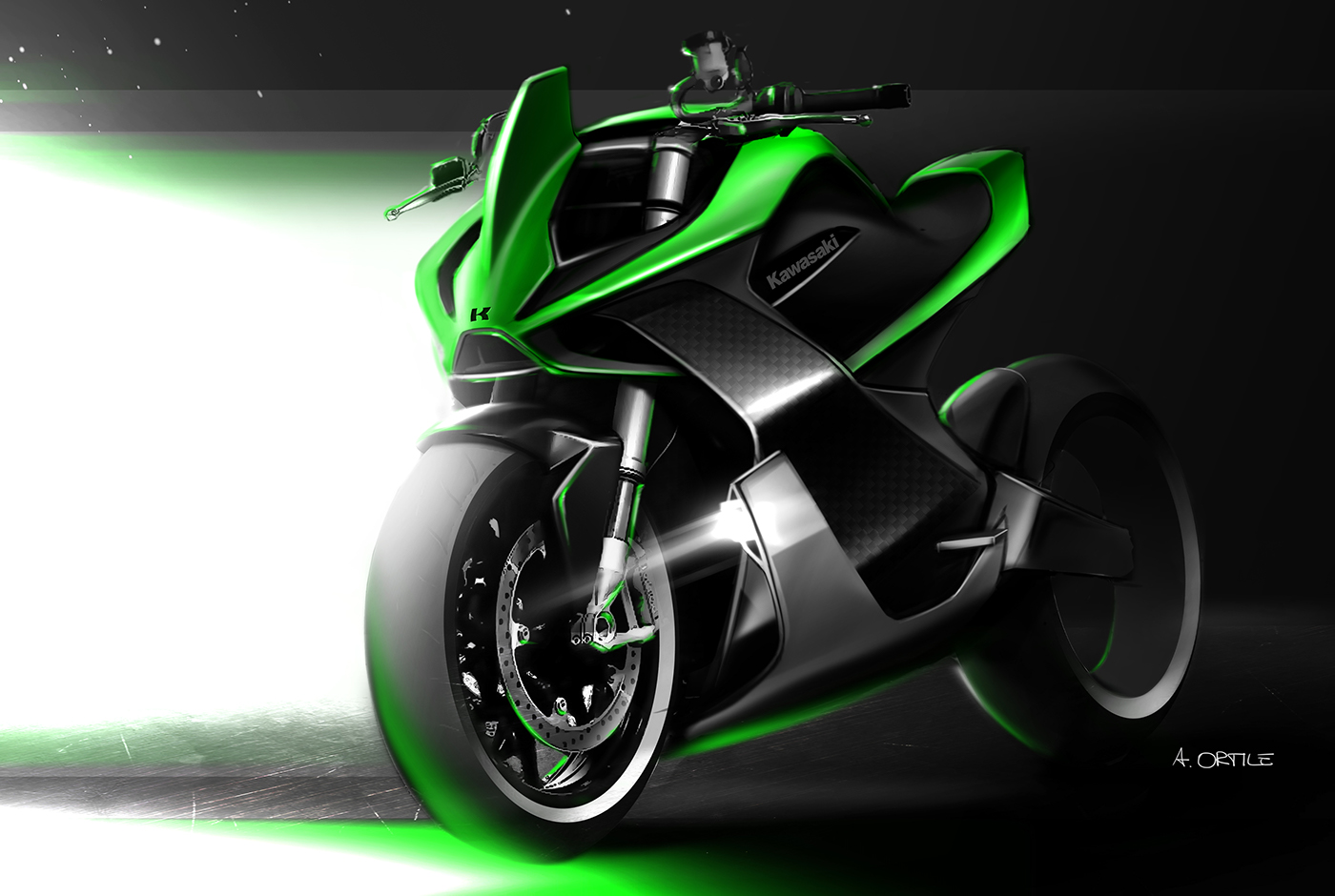 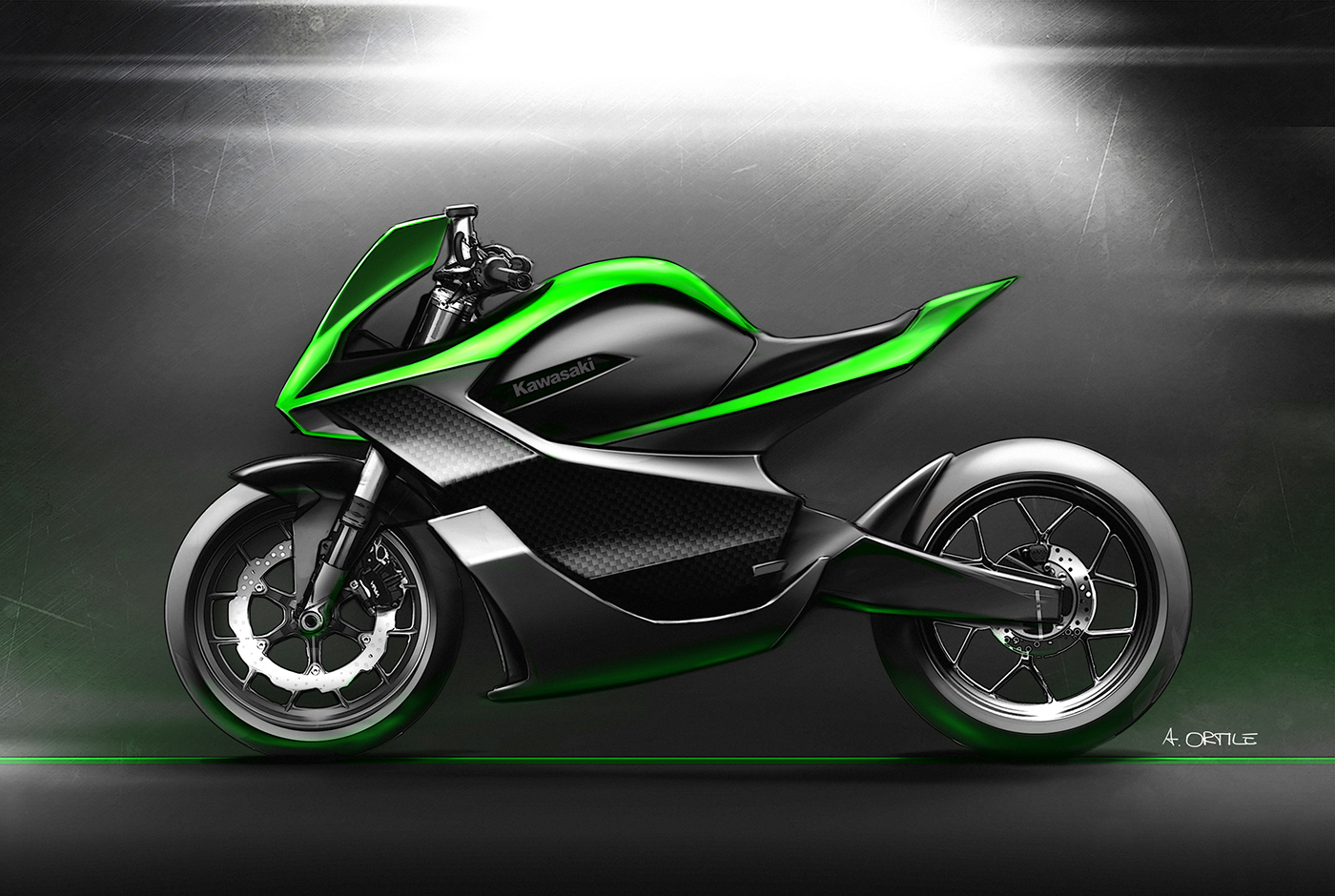 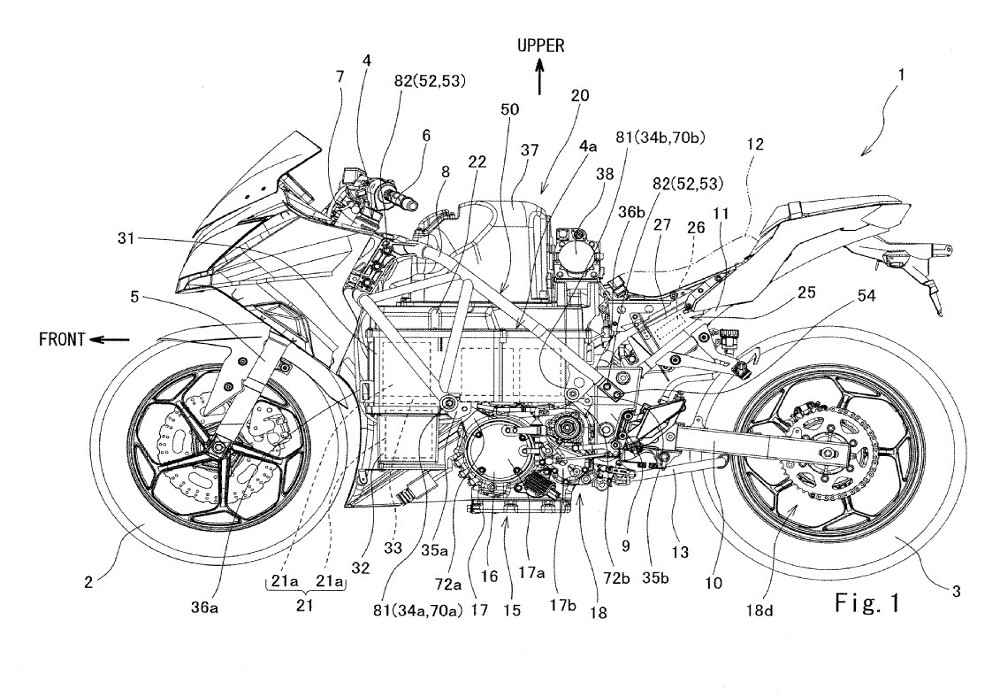 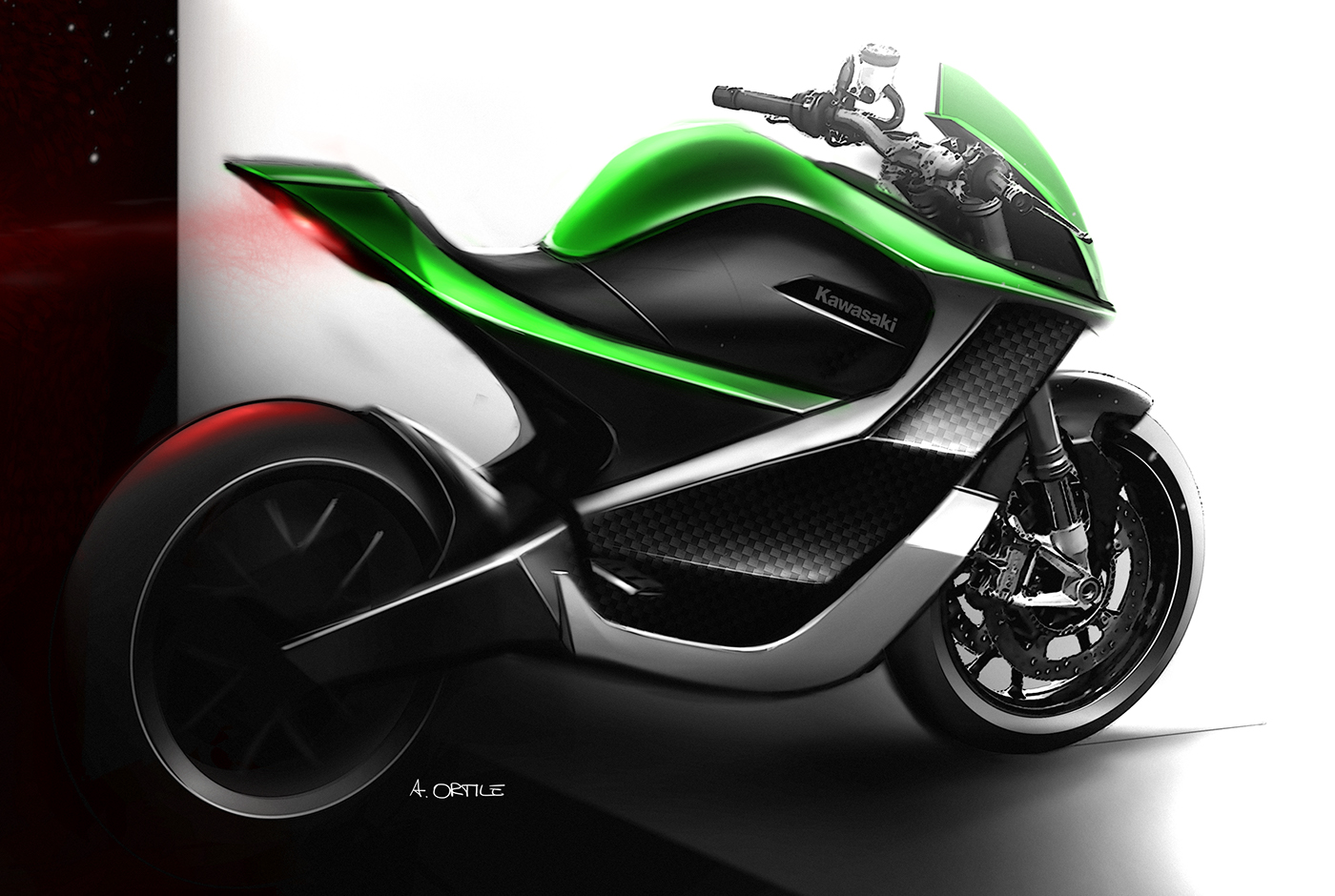 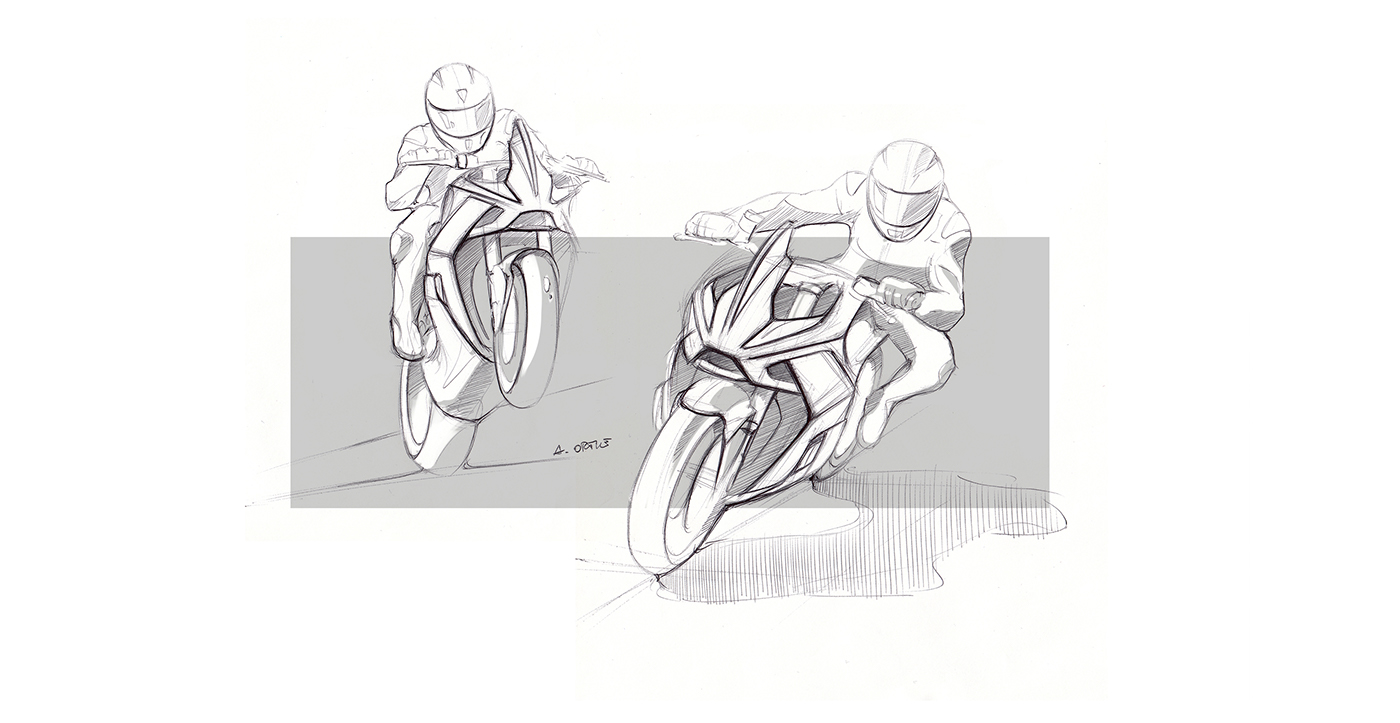 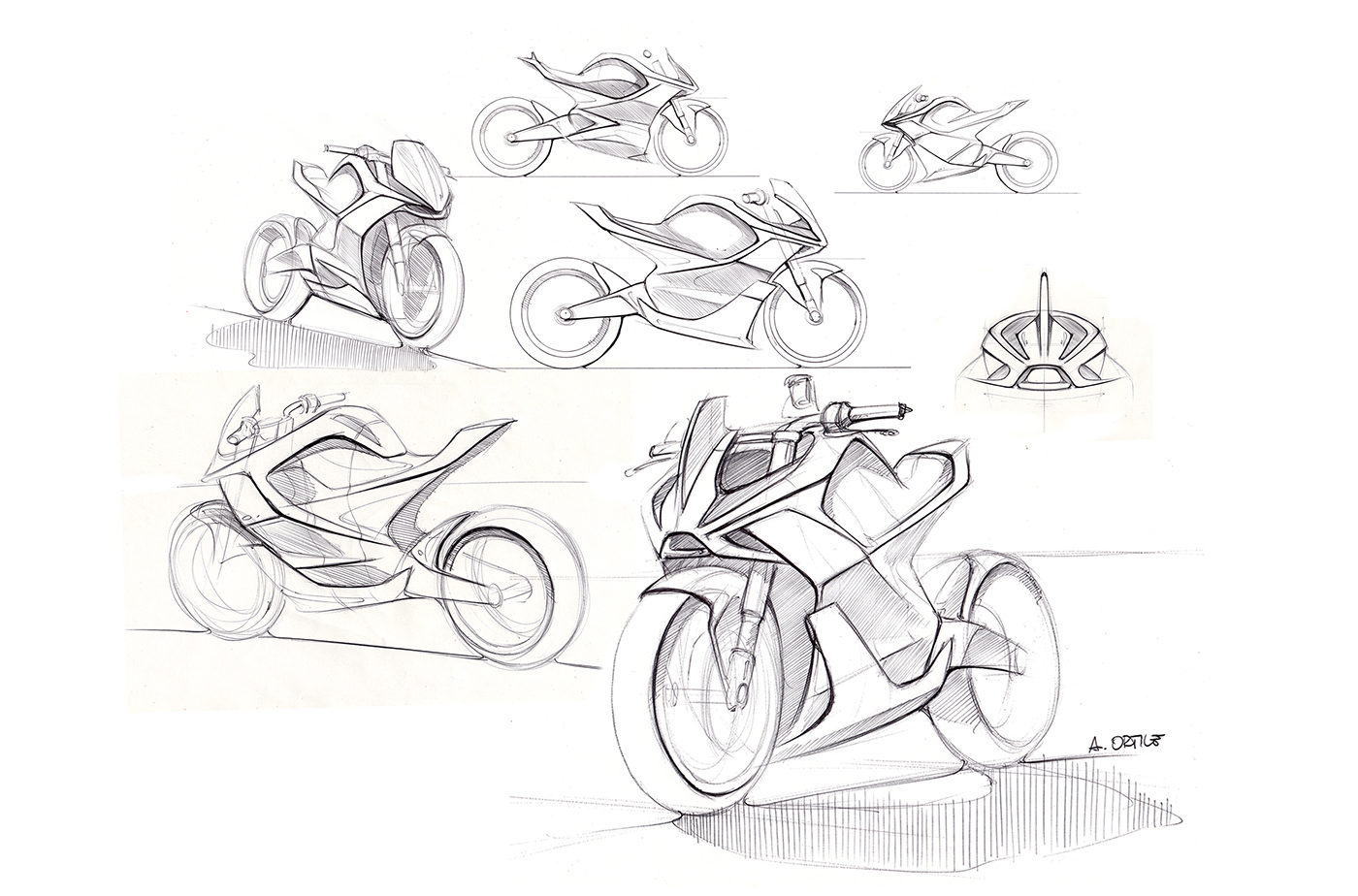