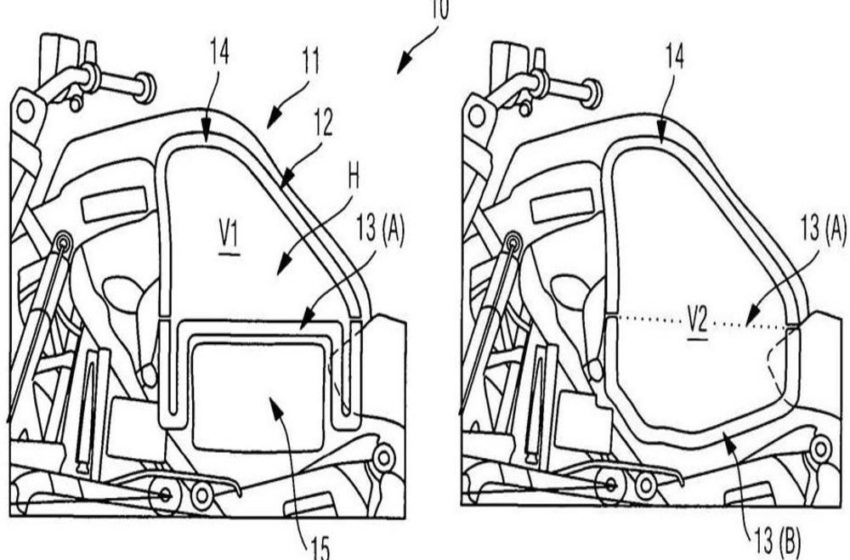 In current scenario there are very less number of manufacturers who has filed patents for hybrid motorcycles on global scale and one among them is Piaggio MP3 Hybrid, well that is not in production.However we see that the trend has not lost it fade and now BMW has made decision to file the hybrid motorcycle patent.

One thing is still a problem about hybrid on motorcycle is they are yet to connect with people if the hybrid technology is on cars there is lot of packaging space for both fuel tank and battery pack however that packaging part is still a challenge in motorcycles or how to position it in motorcycle is still a question and that comes in both in terms of weight distribution.

BMW has put a idea forward that is one step ahead.The patent that is filed showcases only a part of capacity of the fuel tank to implement the battery. It also has the lower part of the fuel made with a flexible rubber material that helps to house the battery of the hybrid function.

Now it is also made in such a way that user can remove the battery making space for fuel tank that makes only one source to make a way for engine. Electric to provide additional starting, but without allowing the circulation in exclusive electric mode.