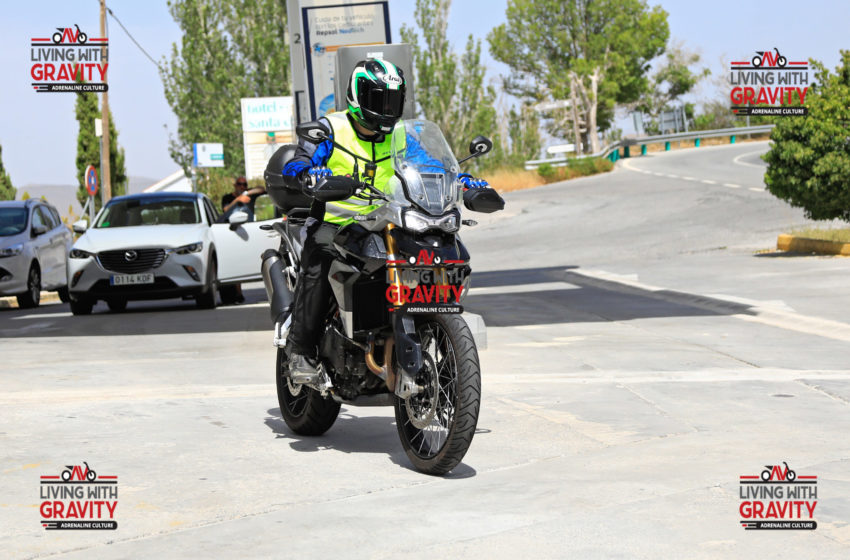 We got the very first spy shots of the production ready Triumph Tiger 800. The test bike is undisguised and reveals all of his future design.

The new Triumph Tiger 800 was testing together with two other Triumph prototypes. We caught it. close up with a view from both sides of the bike plus some detail pictures.

Production ready Tiger 800 was seen testing with panniers . Well it does look like Triumph is carrying out load testing of bike that is fully loaded.The prototype looks sleek and takes cues from its older sibling . The prototype that we spied has a spoke wheels and TFT Display.

We could see only exhaust although the engine looks like it is inline 3. Although further details are still awaited as to when it will be launched but we expect the launch will take place in 2021.