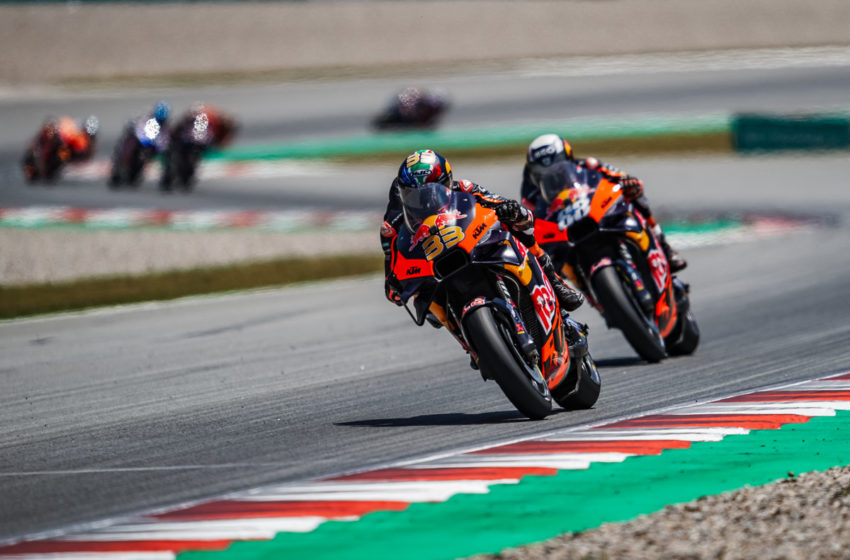 Red Bull KTM Factory Racing is set for a promising Motul TT Assen and the eleventh round of 2022 MotoGP as Miguel Oliveira and Brad Binder both entered Q2 and rode to top ten positions on the grid during qualification at the prestigious TT Assen Circuit.

MotoGP moved rapidly from Sachsenring, Germany to the fast curves of the TT Circuit Assen for the latest stop on the long 2022 Grand Prix trail. The flat and historic venue has staged world championship racing for more than 70 years and welcomed back a full-capacity crowd for the first time since 2019.
4.5km long with 18 corners or ‘kinks’; the TT Circuit Assen is a quick but technical blend and is favoured by riders for the challenge. The Dutch climate proved to be unstable for the first day of Free Practice on Friday with rain creating treacherous conditions but the facility dried enough for Binder to emerge as the fastest RC16 rider with 7th on combined times.

On Saturday the clouds drifted over but Assen stayed dry. During Q1 Binder, Oliveira and Gardner all entered the first two qualification slots but it was the Red Bull KTM Factory Racing duo that made the breakthrough.
During Q2 the Portuguese secured the fastest Chrono in a 12 -minute session that was marked by several ‘yellow flag’ interruptions.
Oliveira’s time is just seven-tenths of a second away from Pole Position and leaves him in the middle of the third row of the grid – his second-highest qualifying of the season. Binder was only one-tenth slower and his 10th place means he heads the fourth row.
Tech3 KTM Factory Racing duo Remy Gardner and Raul Fernandez – as they have done through 2022 so far – had to adjust their knowledge of Assen with the extra speed and physicality of the MotoGP machinery. After Q1 it was the Australian who was better placed in 19th as Fernandez takes 23rd for the 26 laps on Sunday.

Moto3 begins the Dutch race day at 11.00, followed by Moto2 at 12.20 and MotoGP at 14.00 CET.
Miguel Oliveira: “A good session in FP4 and we modified the bike to help us change direction a bit more. It worked out pretty well. We have a good pace and speed with the hard rear tire. I felt we had a lot of potential in Q1 and we made it to Q2 which was super nice. I only had one tire left so I saved it to the last run but there were yellow flags and I was a victim of that, but we were good enough for P8. I think it can be a really interesting race tomorrow and I believe we can be in a good position to attack from start to finish.”
Brad Binder: “Pretty good today. I’m happy to have gone through to Q2 and I think that’s the first time in five races that we’ve managed it. It’s important, and I also had a strong pace in FP4 and felt good. Everything’s looking good for tomorrow and I want to put a decent race together. I need to put more effort into the first sector but overall the team worked really well and I’m happy with our base setting here. Tomorrow will be a tough race here and it always is at Assen but I’m excited to see how we will get on.”

Remy Gardner: “More fun today that’s for sure. It was good. I’m kind of enjoying it in the dry here. Obviously, the position is not great but we were really, really close to having a really good position; I think it was like half a tenth or something like that to P15. I think we’re making progress. It just doesn’t show on paper at the moment, but I still think we can have a good race tomorrow.”
Raul Fernandez: “Was really difficult honestly. I think tomorrow the pace is not really that bad, especially with the hard rear tire, and I think we can get some positions and try to fight maybe for points.I think the team did a good job on the last two races and the bike setting for the race is really interesting. And I think we can fight for a good position.”

Pole Position in Moto3 was earned by Ayumu Sasaki as just one second split the top 16 riders after a frantic Q2. The top KTM RC4 runner was BOE Motorsports’ David Muñoz as the Spaniard continues his eye-catching rookie campaign. All KTM GP Academy riders entered Q2 and Red Bull KTM Ajo’s Jaume Masia was only half a second from Sasaki as he managed 6th.
He was chased by Red Bull KTM Tech3’s Adrian Fernandez. The Spaniard has set a consistent top ten pace in the last three Grands Prix and will be hoping to continue his bright run in only his second Moto3 year by starting from a personal best 7th.
Red Bull KTM Ajo’s Daniel Holgado – who now has two front-row qualification distinctions on his CV during his Moto3 rookie season – was 12th (but faces a Long Lap penalty in the race tomorrow) while Deniz Öncü was 17th.

Red Bull KTM Ajo’s Augusto Fernandez arrived in the Netherlands with buoyed confidence in the wake of his dominant Moto2 success the previous weekend in Germany. The TT Circuit Assen was also the site of his first career win in 2019. The Spaniard rode to 9th position in Q2 for a prime slot on the third row of the grid. Fernandez was the sole Moto2 runner for the team. Pedro Acosta underwent successful surgery in Barcelona for a fractured left femur as the crew arrived in northern Europe. The reigning Moto3 world champion sustained the injury during a training accident.
The 2022 Northern Talent Cup continued for the second weekend in succession and after Rossi Moor and Kevin Farkas shared checkered flags at Sachsenring. The first of two races at TT Circuit Assen was played out on Saturday afternoon and it was Moor again who triumphed from Farkas by a meagre half a second. 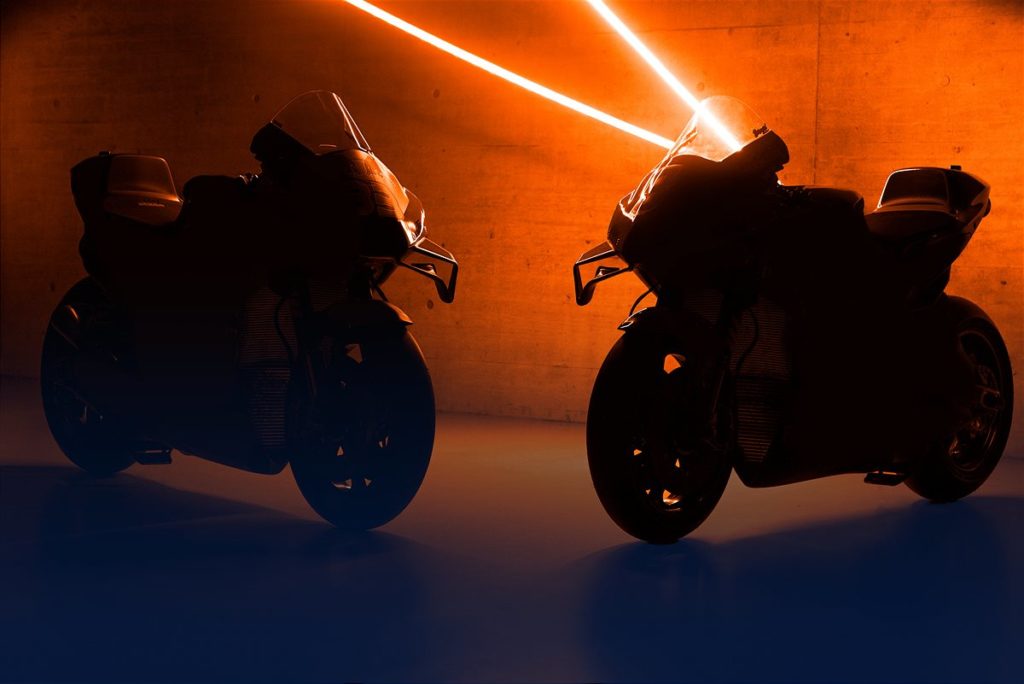 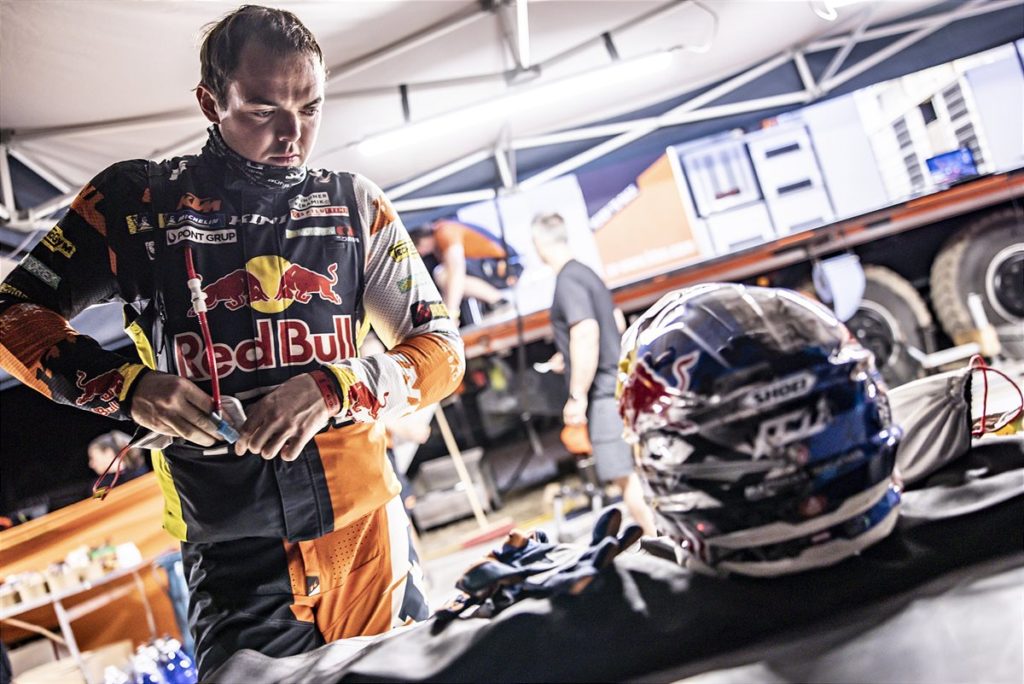