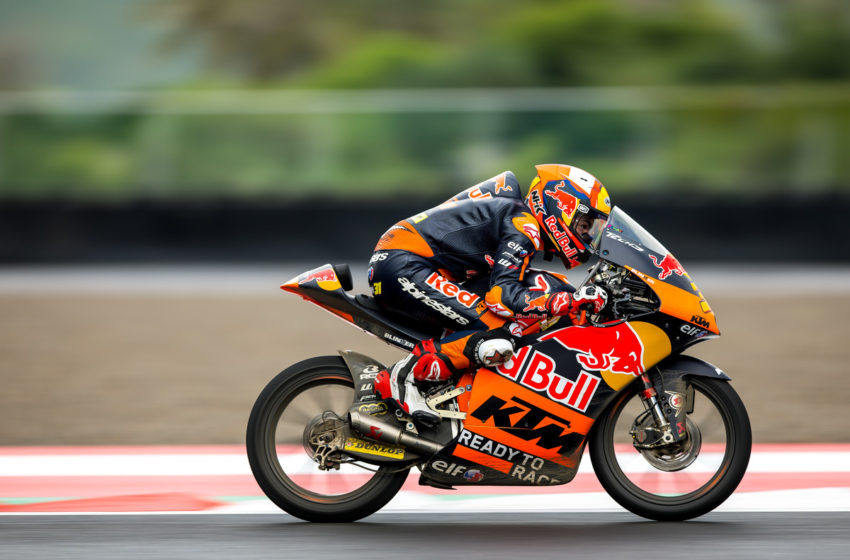 Three KTM RC4s lined up in the initial four rows of the start grid for the 23-lap sprint that opened the first visit by MotoGP to the country since the last century. The Moto3 class circulated the fast and tricky new Mandalika layout (quick changes of direction and dirty patches), the first of two ‘unseen’ circuits on the 2022 slate.

Red Bull KTM Ajo’s Jaume Masia was joined by rookie teammate Daniel Holgado and Red Bull KTM Tech3’s Deniz Öncü, as all three RC4s figured in the fight for the top five and as a pack of 11 riders.

It was Öncü who made the best classification in 5th, less than four seconds from the victor, while Jaume Masia came home 7th and Holgado, after starting 19th on the grid, marked a personal best so far with a decent 9th. Adrian Fernandez retired near mid-race distance with a technical problem. 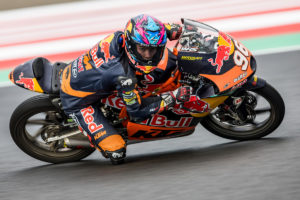 Augusto Fernandez was once more a leading contender for spoils in Lombok. The Spaniard almost made the podium at the season-opening race in Qatar and qualified in 2nd place on Saturday to again be in the hunt for trophies.

On Sunday, the Grand Prix was shortened to 16 laps due to deteriorating track conditions in the high temperatures. Spots of rain also complicated proceedings in the opening phases of the distance. Fernandez was able to log his second successive top-five and now sits 5th in the championship standings.

Moto2 rookie Pedro Acosta took the checkered flag in 9th position. The teenager had failed to spot a yellow flag in Free Practice on Friday, which meant he lost time serving a Long Lap penalty but attacked Mandalika with relish – enjoying a close tussle with countryman Albert Arenas make the top nine and his highest finish yet in the class.

MotoGP now moves across the continents and to Termas de Rio Hondo for the first Grand Prix of Argentina since 2019. The South American race takes place on April 3rd. 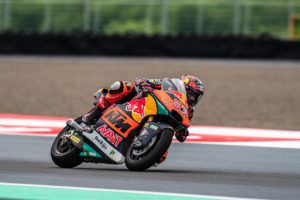