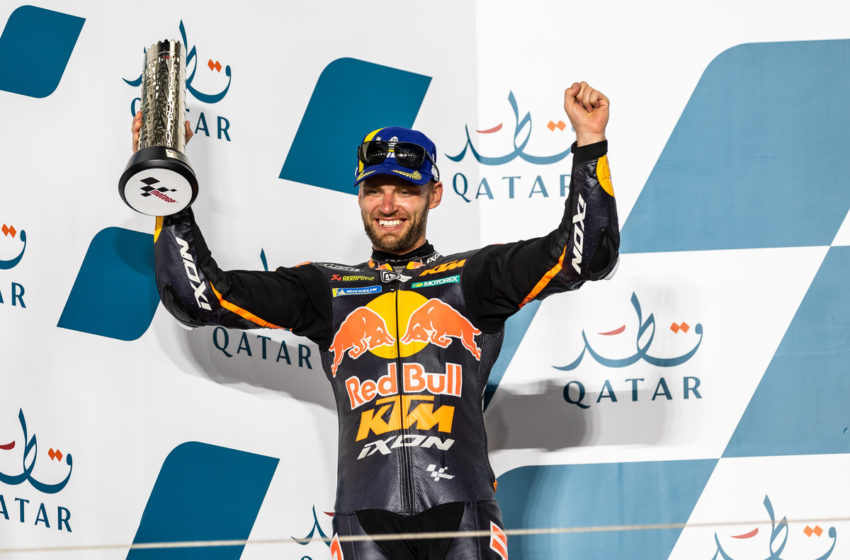 The Grand Prix of Qatar launched MotoGP for the 15th time in the last 16 years, and Red Bull KTM Factory Racing’s Brad Binder rode to a superb 2nd position after 22 laps of the Lusail International Circuit on Sunday evening.

Binder made an electric start from the third row until the Lusail lights for the first race of 21 and the most extended world championship season on record.

The South African pushed his KTM RC16 into 3rd position in the formative laps and never budged from the leading quartet. 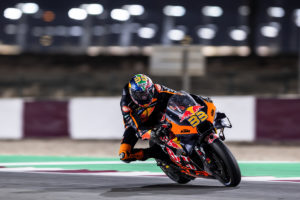 He worked his way past Marc Marquez and then Pol Espargaro and was closing to the rear wheel of eventual winner Enea Bastianini by the checkered flag. Binder was just three-tenths of a second from the Italian at the finish line.

The result represents KTM’s first trophy of the year, the second time in Brad’s career that he has finished on the podium at the opening race (the first was in 2016 and his Moto3 title year) and the third MotoGP top-three of his career.

Gardner passed the flag in 15th for the final world championship point – and his first in the premier class – and Fernandez completed the race in 18th.

MotoGP moves to the new Mandalika Circuit in Lombok for the Pertamina Grand Prix of Indonesia on March 20th.

Brad Binder: “Incredible. If you told me we’d be 2nd in Qatar after the first test, I wouldn’t have believed you. Today was a great day. It was a great weekend.

I knew we had a reasonable level, but I had so much confidence and belief in the bike from beginning to end. We made such a huge step. For us to be on the podium in Qatar is insane. Now we’re looking for more!” 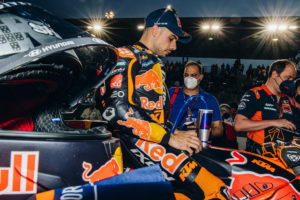 Miguel Oliveira: “The pace for three laps before my crash was quite good, and I was making time, but I lost the front going into Turn 1.

I need to improve my qualifying because Brad showed what the bike could do. It is easier to go with the fast guys if you can make a good start, and the race has an entirely different dynamic.

I did a race simulation in Mandalika and felt quite fast. We’ll see what happens. Brad showed that coming from Q1. You can still make it. We will arrive in Mandalika fully charged.”

Remy Gardner: “Although it is not where we want to be, it is nice to get a MotoGP point. I felt good and fast during the first half of the race.

However, I was expecting a bit more speed and found myself struggling to overtake during the first laps. Brad did a podium today, so we need to look at his data and what he did to help us improve and go faster.

It is an excellent result for KTM. Anyway, we finished the race today, and we will take experience from it when heading to Mandalika.” 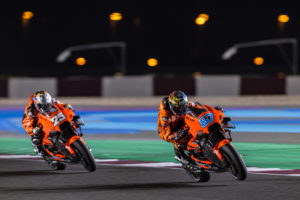 Raul Fernandez: “The weekend was difficult in general. Today in the race, all rookies battled in the same group, which signals that this track is challenging if you don’t come here to do the preseason tests. We did a good job, but I did not feel great.

We will analyse the data when we are calmer. Today, my most significant learning was managing the tires for a race duration. I gained much experience, and it is important to me.”

Francesco Guidotti, Red Bull KTM Team Manager: “An almost perfect start to the season and a deserved result for Brad and the whole team. It was an incredible race pace, but he managed the speed. The start was fantastic.

Let’s keep going in this direction. A big shame for Miguel. He was recovering well from the fifth row of the grid, but it was not enough to catch the top ten. The next race will be a challenge, but we will look forward to it.”

Pit Beirer, KTM Motorsport Director: “It was a fantastic weekend. We restructured our whole program over the winter after coming so far, so quick, and it was time for a change.

This weekend showed we were on the right way, and the podium was the ultimate payback. I still cannot believe it because this track is one of the toughest for us. We turned it around, and this result means a lot to us.” 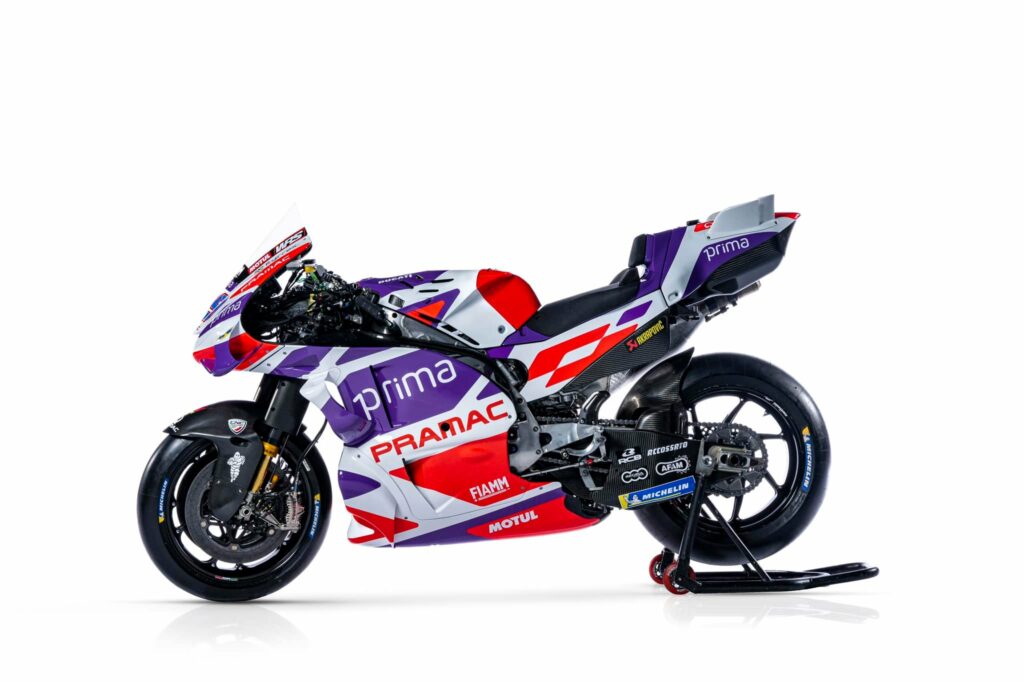