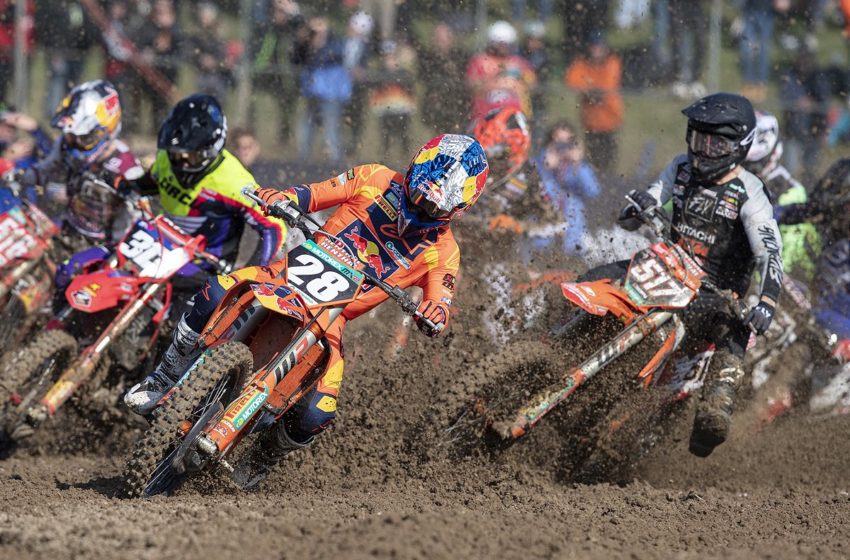 The FIM MXGP Motocross World Championship moved into the rippled and shallow sand of the Tazio Nuvolari Circuit in Mantova, Italy, for round two, and Red Bull KTM Factory Racing’s Tom Vialle picked up his third top-three moto finish of the year.

Red Bull KTM Factory Racing travelled to a sunny Mantova – north of Bologna – and the site of both the final round of the 2021 series and the 2021 Motocross of Nations.

KTM guarded positive memories of their MXGP world championship success the previous November and maintained a high level of competitiveness in the MX2 class thanks to the skill and capabilities of former world champion Tom Vialle on the KTM 250 SX-F. 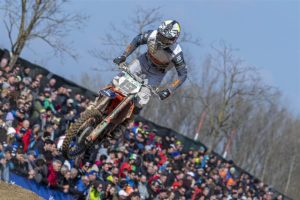 The Frenchman, who finished as runner-up in Great Britain last week, took 2nd position in Saturday’s qualification heat and then used the power of his racebike to ace two decent starts on Sunday.

Vialle had no answer to Jago Geerts’ speed in the first race but was leading the second until a mistake on a jump take-off pushed him down the order. Tom was lucky to remount and just missed out on a championship point by classifying 21st. He was 11th overall.

Vialle holds 4th in the MX2 championship standings as MXGP boards flights for South America and the Neuquen circuit in Villa La Angostura for the Grand Prix of Patagonia-Argentina on March 20th. 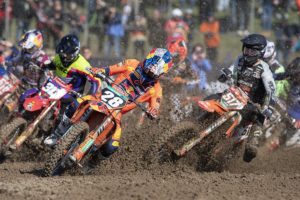 Tom Vialle, 2nd and 21st for 11th overall in MX2: “A strange weekend. It started well with P2, so I had a good place at the gate. The first moto was OK. 2nd again was good, but I wasn’t that happy with my riding. We changed the bike for the second moto, and I felt better. I was leading, but the jumping take-off had been watered, and it was still early in the race. It was a huge crash! I was fortunate. I’m thankful for that. We have Argentina next and a bit of time now to train and to continue to improve.”