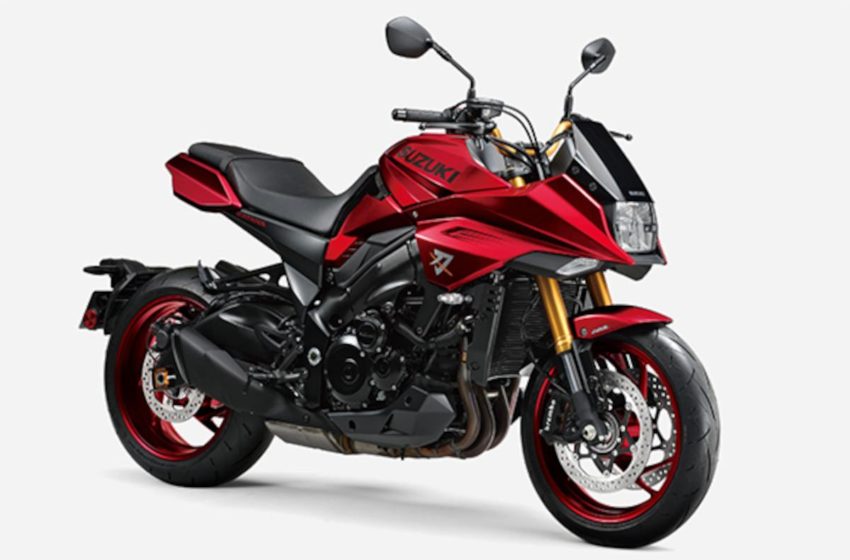 Born in 1981 “Katana” Japanese for sword is the brainchild of Hans A. Muth BMW’s ex-chief desinger. Entire intention to bring this bike on motorcycle scene was to provide a better rider experience with new design .

In 2020 Katana is resurrected with a new look although keeping the old DNA intact. We took this out on the streets of Sydney, Australia to get a better experience and understand man and machine ideology.

The styling remains close to the 1981 Katana however the new model gets curvier and looks a single package rather than a combined package combined to earlier Katana. More integrated, more combined, more focused.

The finish of the paint scheme is top-notch for both the colors. Black looks a bit more aggressive. The LED headlight is similar to the old Katana however the new Katana gets little forward push which we imagine to see that old Katana’s sentiment is heard.

Katana gets a two-tone seat and that goes well with the entire package. For both rider and pillion, the seat is comfortable that provides good support for long commutes.

The rear taillight looks distinct and the satellite rear fender extending from the swingarm complements the clean, compact and sharp look of the rear.

Exhaust looks cheeky and well built-in black color and doesn’t show that the bike is housed with inline 4 engine.The handlebar is wide but not that wide allowing rider to take a comfortable upright stance.

While we opened the throttle most of the time. We opted transmission to be in third, four and five testings the lower rpm in the traffic conditions while putting it back in five when we had the ample space on the outskirts of the city.

The throttle response of the bike is good as we changed the transmission to observe how it behaves. On the corners, the Katana obeyed like a smart kid and acted smoothly to provide a better experience.

Fact that the engine doesn’t accelerate instantaneously provides more confidence while handling the 215 kg bike. The clutch of the bike is light supporting every response that comes from the throttle.

The exhaust note sounds remarkable those can be directly compared to the sportbikes. It sounds energetic at high revs and gets mellowed down when the throttle is pushed for lower revs.

The easy to use three-level traction control can be changed on the fly with the help of switch located on the left-hand side.

The traction control can be switched off when you don’t want to use it. The weather condition was cold and moist so we used the level three traction allowing a better grip on the road.

While in the evening we made sure it was at level one that provided enough support for throttle and engine to ensure that it helps the on-road conditions.

To get the flawless rides Katana comes with fully adjustable suspension provided that studies the road condition but also helps rider by providing more comfort and leisure while riding.

Swingarm comes directly from 2016 make GSX-R1000 and the aluminum twin-spar frame houses the entire structure and is more effective while we took cornering around the empty roads.

2019 Suzuki Katana ABS has an MSRP of $11,299. It combines both sports and tourer capabilities that make Katana an awesome package that is rightly planned and well build.

Whether you want to take it to office crossing the city traffic or outside the city. Katana will always stand with you.