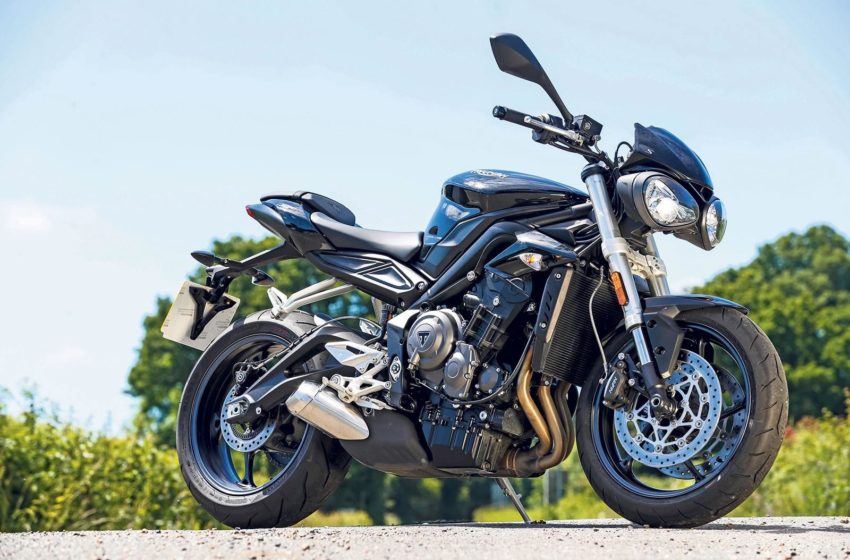 Last weekend Triumph requested me to test their new “Triumph Street Triple 765 S” and boy o boy who could put down this request .Triumph had done lot of homework before putting this product in market.This naked middle weight street fighter competes with Kawasaki Z900 and Ducati Monster 797 in its range.Kawasaki Z900 and Ducati Monster 797 are old school bikes which meant you just start and drive there are no riding modes or ride by wire technology or traction control.So what do you get in the package of Rs 10,70,000 which is an road price for Triump Street Triple 765 S.

My route was Satara Road .Crossed the ghat and came back.Total two way journey was 140 kms. Bike was on rain mode and infact it did rain but I was not worried much as traction control was on too.However we had to stop in mid way as my partner was driving Street Twin which doesn’t have any riding modes.

Does it live upto expectations? –  At first glance, the new Triumph Street Triple appears almost identical to its predecessor. However, a closer look reveals differences in detailings.

The tail section of the 2017 Street Triple looks all-new with sleeker and sharper panels, and a split type seat. The shorter exhaust pipe enhances the appeal. Another positive change is the new gull wing swing-arm, while the alloys have been retained from the predecessor as they were already perfect for the design. The new model definitely looks more premium and does turn more heads than the older version.

The most catchy change in the motorcycle is the revised shape of its twin headlamp setup — shared with the bigger Speed Triple ,that looks much better than the previous generation. Moreover, the new visor and the air intake mounted between the headlamp setup makes it sportier. While the styling may take ‘some getting used to’, but it looks unmistakably dominating and purposeful. The main perimeter frame of the bike – which is made out of race-spec alloy – remains unchanged while slight changes in the rear subframe are clearly visual. The masculine fuel tank of the bike also remains untouched while the smaller tank shrouds are new.

How’s the new engine? –The 2017 Triumph Street Triple S gets a new, bigger 765cc engine that replaces the old 675cc engine. It is the same high-revving inline-three motor that is supplied for the Moto2 bikes in MotoGP – with a few alterations, and is also expected to power the next-gen Daytona. In the Street Triple S version, the motor has been tuned to deliver 113PS at 11,500rpm and 73Nm of torque at 9000rpm. Besides the numbers, the real world performance of the bike is also impressive and way better than its predecessor. Every twist on the throttle gives the same feeling that comes from a middleweight race machine. Also, the new Euro4 exhaust screams louder thanks to the new airbox which Triumph had brought in.

The engine feels quite refined and the power delivery is almost linear across the rev range. The mid-range delivery impresses but the winning part comes after that. The six-speed gearbox also offers shorter ratios like a track bike, especially in the first and the second gear. Moreover, a dry weight of 166 kg makes it one of the lightest motorcycles in its category. All of these make the bike really quick and capable of doing a 0-100kmph sprint in less than 4 seconds. One doesn’t have to put much effort to cross 180 kmph as well and Triumph further claims a top speed of 220 kmph .There is no major heating problem on open roads but one can feel a little extra warmth on the right leg while riding the bike in traffic conditions.

The engine is definitely one of the most impressive features of the 2017 Street Triple S.  Any change in comfort and convenience? The previous generation Street Triple was one of the most comfortable motorcycles in its segment. This increased expectations from the new one.  The new split seat design helps the rider to reach the ground comfortably. On the other hand, one has to compromise with the comfy padding that was better in the predecessor, especially for the pillion part The seating position has been improved while the placement of foot pegs remain on the sportier side. The instrument cluster has been borrowed from the Speed Triple and looks slightly better than the previous one. It’s easy to read and has a comprehensive info list. The new model was also expected to get a more convenient handlebar mounted scroll button to access the functions and toggle between the display information like is seen on the new modern classic series. However, Triumph has carried the same dash mounted buttons from the older version.

Experience –Triumph has replaced the KYB shocks with Showa setup in the new model. The bike now features 41 mm separate function inverted forks at the front and a preload adjustable monoshock with a piggyback reservoir at the rear. The setup provides an optimum ride experience and one can hardly feel minor undulations of the road. However, the extremely low ground clearance of just 130 mm can shock you, letting the bottom of the bike be abused by speed breakers. So, the advice is to go as slow as you can on spead breakers. The wheels comes with Pirelli Diablo Rosso II tyres which hold the grip at any speed, in every corner. The new gullwing swingarm with a higher bend, reduces the length, further providing better agility. However, the not-too-stiff suspension tuning doesn’t allow those quick transactions to lean in the corners which one can do on a supersport motorcycle. Braking duties are well handled by 310 mm dual front floating rotors coupled with Nissin two-piston sliding calipers and a 220mm fixed disc at the rear with Brembo caliper. Yes, the entire set-up has been retained from the predecessor and it performs pretty well in terms of feedback and progression. The ABS in the previous generation was switchable but the new model gets the feature as ‘always on.

On the other hand, traction control is switchable but not independent of the riding modes which are ‘Road’ and ‘Rain.’ So, the rider has to disable the function if the setting doesn’t match with his\/her requirements. The slipper clutch is a big miss on the S version — which is available on the higher trims — as the shifting takes a bit extra of efforts from the rider. Moreover, the lever pull is also not that light but the adjustable feature compensates for that.

The lightweight design and well manageable power makes the 2017 Triumph Street Triple 765 S a good middleweight option for the novice as well as experienced riders. Moreover, it is well packed with a decent electronic package that further enhances its friendly nature. It is a big bike that is surprisingly manageable in varying conditions, except off-roading. It is that one bike which can be used on streets, highways and even can be taken on the track days. So, how much does it cost? The Triumph Street Triple 765 S comes with an ex-showroom price tag of Rs 8.71 lakh. The bike definitely doesn’t sound very affordable, especially with its closest rival — the Kawasaki Z900  which starts at just Rs 7.68 lakh (cheaper by a lakh). Moreover, the Japanese offer a more exciting styling with adjustable front forks, an extra cylinder, more power and more peak torque at relatively lower rev-range. However, the lighter design provides the Street Triple 765 S with a better power-to-weight ratio against the Z900. Also, the Z900 misses a better electronic package which includes traction control, much better braking, friendly characteristics and road manner over the Street Triple S. So if you are willing to spend few more bucks Street Triple 765 S is complete package which you dont have to think in longer term. 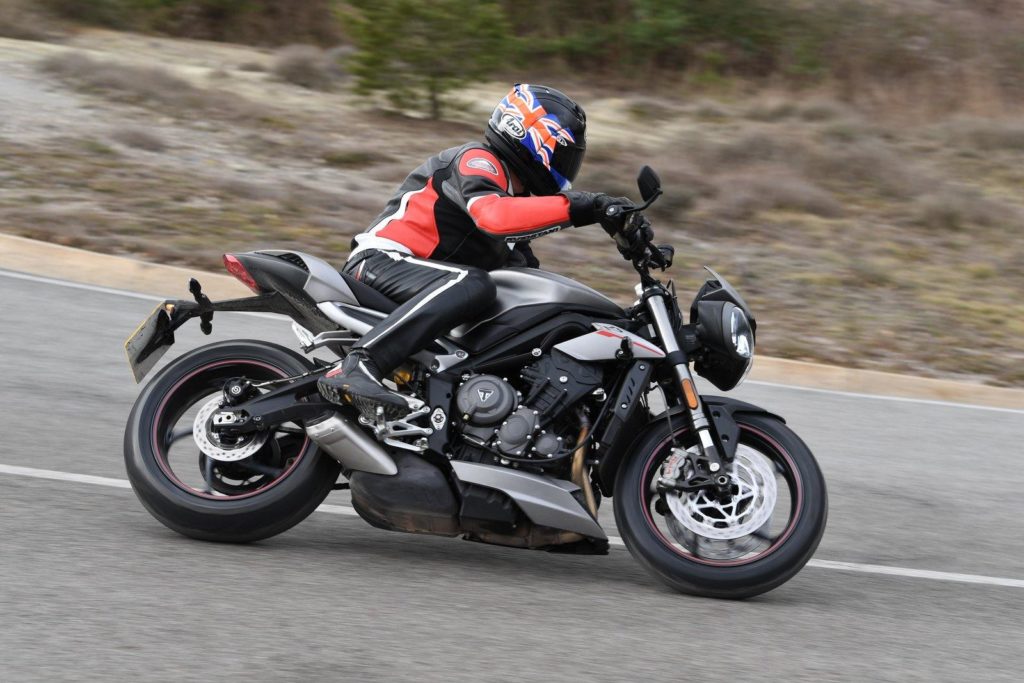