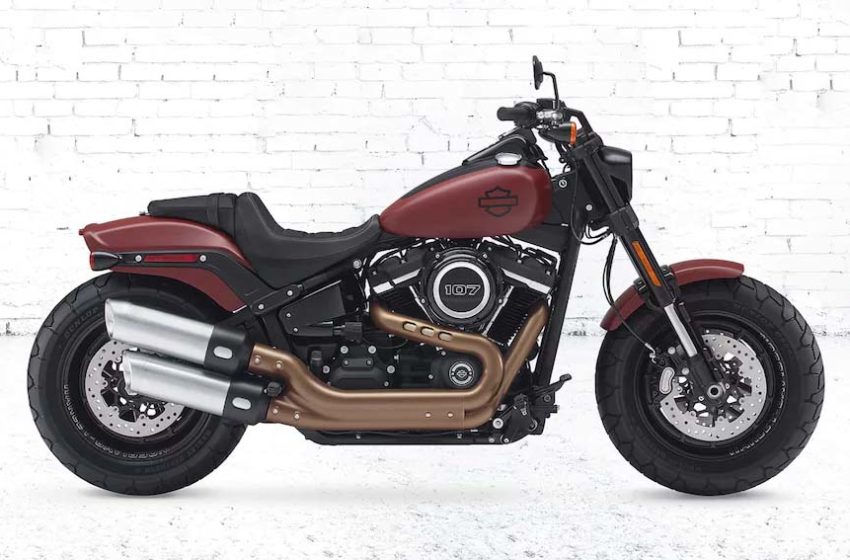 As the year 2017 comes to an end on Sunday afternoon tested this Milwakee powerhorse (2018 Fat Bob) on busy streets of Pune, India.

This is one of those machines which will offer much more than what you had expected for.

New Fat Bob is one of the models from 2018 Harley Davidson Softail line up,there are other seven models Fat Boy,Street Bob,Lower Rider,Deluxe,Slim,Breakout and the Heritage classic which belong to Softail version.The Milwakee Eight is available in two different categories the 114 (1868cc) and (1745cc) as of now India gets the 1745cc . As you push the throttle engine starts with a loud growl which sure is a typical Harley treat to your ears and the throttle response is very very impressive.Between 0 to 60 secs the new engine commits to be three times faster than its older which again are very good performance figures.

At the first gaze when you look from front you may not find it a typical Harley as it has a tampering LED headlight which looks different.It has flat long handle bar which is easy to hold when you sit on it.It gets a comfortable seat which has a little support for anyone riding it which means you can go for long hauls.Pillion seat is small and is not advisable for long commutes however that meant you can change it.Dimensions of tires for the front and rear section are 150 and 180 respectively.Tank looks muscular with capacity of 14 litres fuel.Certied mileage of Fat Bob 2018 is 20 kmpl which means you can effectively commute 280 kms with full tank.You can also change the suspension settings and the suspension behaved very good on the bumps and in small potholes.

The 2-1-2 chunky exhaust looks hot something different.Rear section consists of two tail lights having indicators inside them turning out to look more advance.For cruising and commuting, the footpeg position is perfectly fine and at low speeds the Fat Bob remains quite cordial.

Rear headlights of new 2018 Harley Fat Bob looks simply stunning as they have indicators within themselves.

Twin counter balancers are offered to the engine to smooth out the stroke of the motor which means you will get low vibrations while riding and this again has helped engineers in Harley to mount the engine on the frame without the help of rubber mounts.There is also a slight drop in the peak torque , which now gives 145Nm which is on bit lower side at 3,000rpm.However with drop in torque also comes drop in chassis weight which is dropped close to 8 kgs.Effectively this drops the weight of entire Fat Bob by 17 to 18 kgs and this has increased the overall performance of the motorcycle. 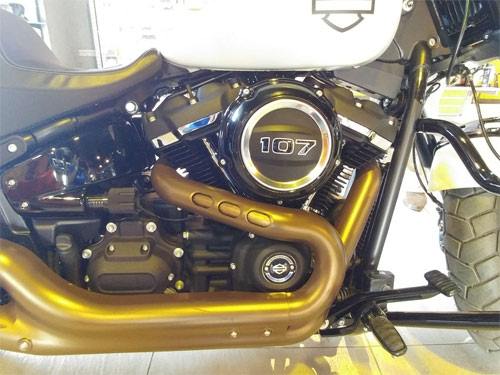 Harley says it has improved the heat management by making the exhausts value oil cooled but i did feel a bit of heat while i was riding.6 speed gear box is a super smooth while you change the gears.Front suspension gets Showa dual bending which improves the handling.Although the maximum lean angles are a mere single degree greater on paper this year, it certainly doesn’t feel that way on the road. The Fat Bob does seem to like a bit of direction, which adds to the thrill of it. It is engaging—push when you want to or just relax and take in the scenery.

For INR 17.5 Lakhs price on road in India this Bob does wonders and sure is approachable.