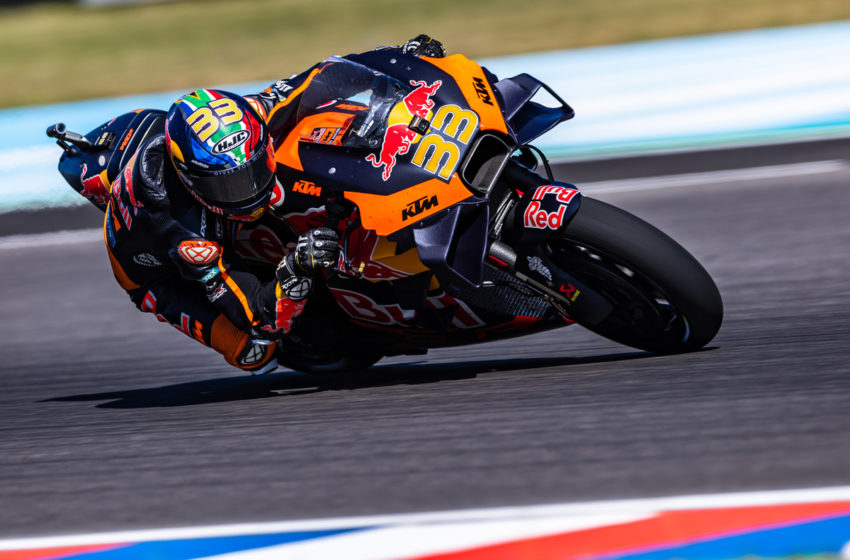 The ultra-competitive series continues to produce new winners and podium finishers, but KTM is highly placed at every championship table.

Logistical difficulties for the organizers meant Free Practice and Qualification had to be crammed into a single day of activity on Saturday and saw all four KTM RC16s spread through the rows of the grid.

MotoGP’s absence from Argentina for the last two years meant that three of KTM’s four riders were circulating Termas on the RC16 for the first time.

Rushed but still Ready to Race, Binder made the most ground at the start and roamed inside the top ten and in a group with Maverick Viñales and Francesco Bagnaia.

By the end of the distance, Binder could attack and relegate Viñales for 6th, meaning his results read 2nd, 8th and 6th. Oliveira, who won round two in Indonesia, crossed the line in 13th, having toughed out some rear grip issues.

A relatively short trip north awaits MotoGP now as the Circuit of the Americas in Austin, Texas, will stage the Red Bull Grand Prix next weekend.

Brad Binder: “It was a weekend where expected more, but we have to keep in mind that we started in 11th position and managed 6th, so it was a decent comeback. Wanted more, and expected more but didn’t have the pace today.

Hats off to the team because it was not an easy GP, and we all did a great job, considering we only had Saturday to prepare.

Had some excellent points in the bag and brought the bike home again. Now, there is an opportunity to apply what I learned from this race and go even better at COTA.” 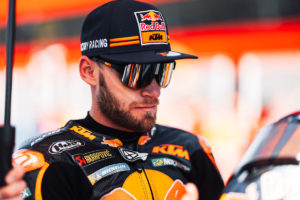 Miguel Oliveira: “Obviously, the position is not the one we envisioned, but it was a tough race to manage. Had deficient grip levels, and clearly, did not feel as fast as did in practice but was still able to score some points for the team.

Think we can do a bit better in Texas. Team will keep working on the bike, working on our weak points and make the most out of the package and myself.” 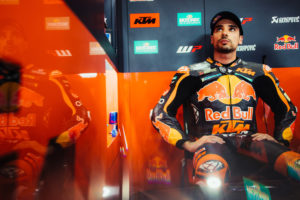 Raul Fernandez: “Today, I had a fantastic start to the race, especially in the first curve. Then when I saw Miguel [Oliveira],  told myself had to stay with him to learn from him and our bikes.

In the first part of the race, made some mistakes that cost me much time, and towards laps 6-7, took a deep breath and tried to remain calm and focused, continue with the pace had, and give my all.

Today, I learned how to do a MotoGP race, ade a clever race, and pleased about it and with the work that the team did. Thank you to them. Must not forget that it is also only my second race here in Argentina, so if you weigh everything together, I am thrilled. 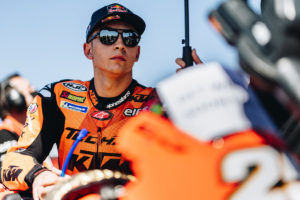 Remy Gardner: “Enjoyed the first part of the race. Stayed close to the group and had some nice battles with a couple of riders. Struggled more during the second half, unfortunately. Felt my progress, but everyone is improving, too, so had to stay positive and continue working for myself and learning the bike.

I take each race one by one and don’t look too far. I like Termas de Rio Hondo a lot – Have always had good results here – so thought today might have been the turning point for me, but it was not, unfortunately, so it is a bit tough to accept. Stay positive, and results will come.” 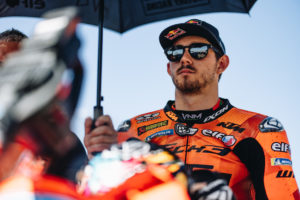 Francesco Guidotti, Red Bull KTM Team Manager: “A good day. We knew starting from the fourth and sixth rows that it would be a tough race, but we recovered positions, and Brad was very consistent with regaining ground. His condition was excellent, mainly because he was in close company for a long time.

We missed the good lap times on Saturday: the positions might have been better. Miguel had problems with rear grip but still took some points for his championship tally. Still go confident to the USA expecting to be competitive again.”