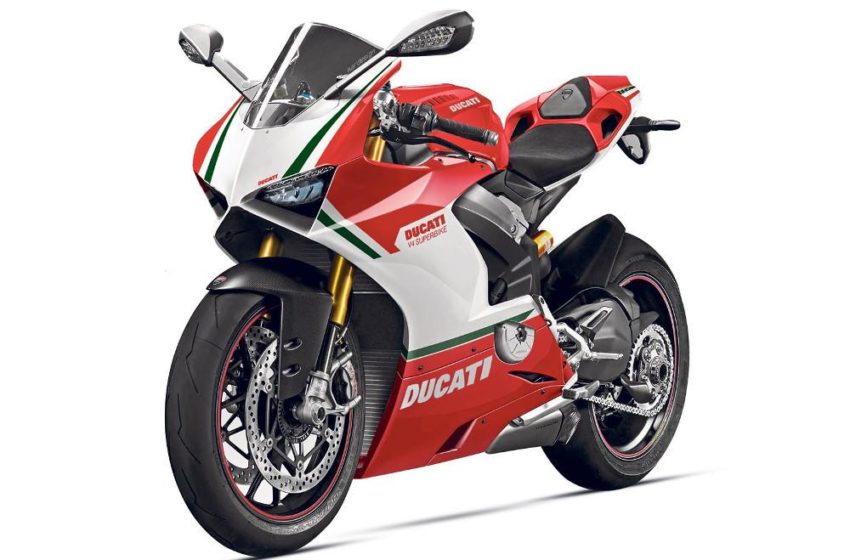 The Ducati family never stops amazing its public with quality, beautiful sophisticated bikes which answers to its public demand. These brands of Ducati Panigale that is the V4 and the V4 S has open a new chapter in the Ducati story, a melody of beautiful performance and emotions. These Ducati products are awesome super-bikes which give riders of all skill level boundless fun and excitement.

The new Ducati bikes are very small motorcycles especially once in the saddle. It is not too cramped despite the 10mm higher foot pegs, which is extremely welcoming. It’s sleek lines of the fairing and its neatly done headlight is brilliant.

The Panigale V4 which is the first Ducati bike to mount a four-cylinder engine, which is directly derived from the Moto GP Desmosedici, it is a concentrate of Ducati technology, style and performance.

This version of Ducati is damn accessorized.Bike has too many systems in play which have a great impact in actual riding.Many of these systems only wake up when requesting a high performance beyond the rider’s talent level and many of them need no input from the rider to do their work that is they mostly not seen.Making the rider look like a hero and greatly reduces accidents.Bike looks very cute having a tail which is beautifully suspended.

It has an associated fueling system with a titanium race Akrapovic exhaust system which gives it an extra 12hp, while losing 7kg of mass.The Panigale V4 S has the Ohlins Smart EC 2.0 system which is semi active and sensible to mode selection. But more importantly the choice to work under acceleration, braking and mid-corner is all up to you.The Ducati Multimedia System (DMS) on these bikes is awesome.

For when you get on the motorcycle, your smartphone automatically connects to the bike via Bluetooth allowing the rider to handle main multimedia notifications. The Thin Film Transistor (TFT) display shows incoming messages, the played track or the name of the caller. This sounds are all transmitted to the rider’s helmet earphones.The Ducati firm has made what must be hard for a change and they have done it in a great way as it seen with these two brands of motorcycles. They have an engine with lots of power and character which makes it easy, handling light and generates lots of fun.

What do you think about the V4 and V4S?