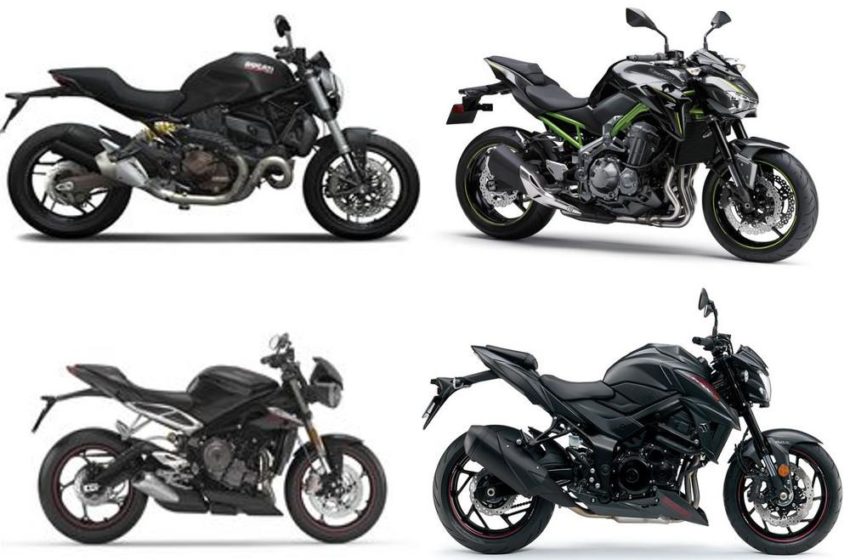 We had spend some time with four new performance roadsters – the Triumph Street Triple S, Suzuki GSXS 750, new Ducati Monster 821(2018) and the Kawasaki Z900, all are nakeds, and all promise a lot of performance, and more than enough bang for your buck. We try to decide which one to choose.

The recent arrival of 2018 Suzuki GSX-S750  in India and looking at things, GSX-S750 is going to be assembled in India.Now considering the fact that it is to be assembled in India, this becomes a call for concern  for all the competitors as the price will significantly drop and will be very low as compared to the domestic rivals, it is expected to scale the revenue graph up for Suzuki in India. Priced around Rs 8 lakh (Ex-showroom), and this is going to directly compete with the Ducati Monster 821, Kawasaki Z900 and the Triumph Street Triple 765 S which happen to be its greatest competitors.As we said earlier in our post during the launch Suzuki GSX-S750.Also you can read  review of Suzukis GSX-S750 and new Ducati Monster 821.

When the GSX-S750 was presented to the public at a bike exposition, it looked gorgeous and is naked. All it has in common with its ancestor the GSX-S1000 are the aggressive lines. Apart from that, when it comes to size, its quite smaller. As for the Triumph Street Triple, it still maintains its signature twin which is around the headlamp, as well as its fly-screen format. on the other hand, the Kawasaki 900 goes for a complete “revamp” as it drops its strong edges for soft curly ones. Nonetheless, that “bike appeal” the Kawasaki has always remain unchanged. With its design and electronic system borrowed from the 1200, optimized part-cycle, revised driving position.This monster also offers a new sport potential.

In terms of engines GSX-S750 is powered by a liquid-cooled inline four-cylinder engine of 749cc, with torque and power readings going as high as 114PS/81Nm. Behind this is the Triumph Street Triple with an output power of 113PS and a torque at 73Nm. Though its engine is liquid-cooled, it rather has three motors. Ahead of them all is the Kawasaki Z900 with an output power and torque of 125PS/98.6Nm. Also not forgetting the Ducati Monster 821 which is probably the least powerful of all with an output of 110PS/85Nm and is liquid cooled too with 2 cylinders.

As for the monster, it has a wheelbase of 1480 mm. This already tells a lot how stable the 2018 monster can be as compared to its peers. When it comes to the weight, the Suzuki  GSX-S750 weighs almost as much as the Kawasaki Z900 which weighs 211 kg. Triumph Street Triple 765 S on the other hand is barely 188 kg. The 2018 Ducati monster comes in last place with barely 206 kg. So, we expect the  Triumph Street Triple 765 S to be the easiest to maneuver meanwhile the GSX-S750 will be the bike with the best record of stability at a high speed. 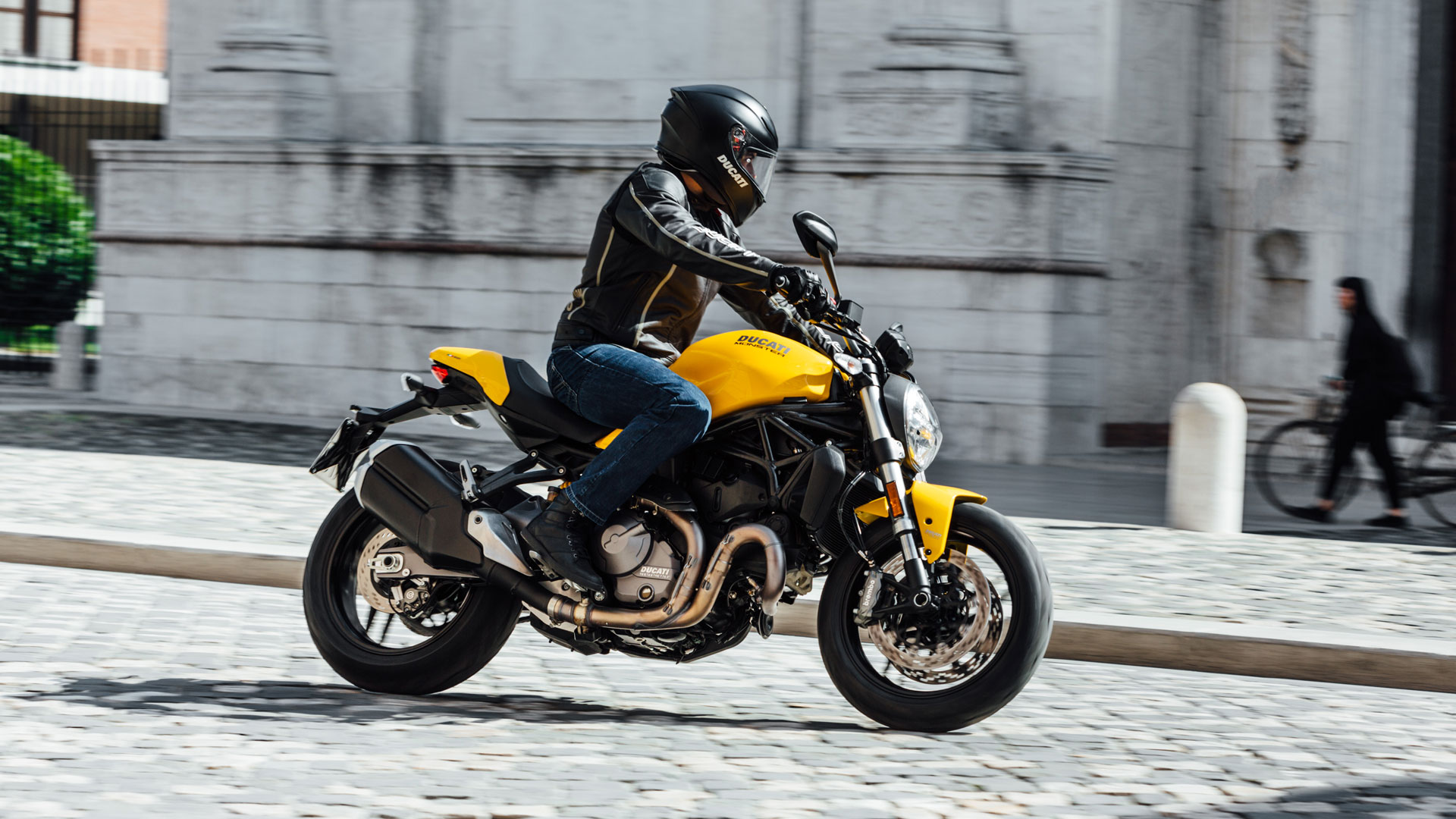 The Monster 821 is equipped with Ducati Safety Pack including ABS 3 levels and the DTC. The traction control can be set to 8 levels, each programmed with a different slip tolerance, with the level 8 being the most sensitive. ABS and DTC can be customized and saved, but predefined settings are also assigned to each driving mode which can be easily changed.Alongside the normal traction control, The Suzuki GSX-S750 comes with a standard Anti-lock braking system (ABS). The former has basically 3 modes of functioning:

Mode 1: Any sporty ride that may involve wheelspins

Mode 2: Generally used for most rides. (Practically as used as the Drive mode in vehicles)

Mode 3: Used for slippery rides usually caused by the wet nature of the terrain.

The table below gives a quick summary of all the specification details .