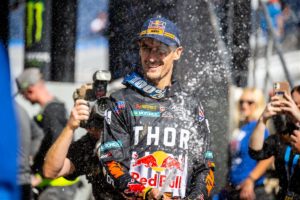 Extreme winds came rushing via the area on Friday, cancelling yesterday’s Free Practice sessions, and the riders were forced to suit up and head straight to the starting gate this morning for two timed-qualifying sessions. Musquin and teammate Cooper Webb qualified fourth and fifth in the 450SX class this morning, despite slick conditions. As the heat races kicked off in the early afternoon, track conditions dried up, but the hard-packed soil remained slippery, making for a tedious day of racing.

He got a top-five start in 450SX Heat 1, and he quickly ignited his KTM 450 SX-F FACTORY EDITION into third early on. He moved into second halfway through the race, putting on a solid charge in the final laps to finish just shy of the heat-race win.

Musquin found himself buried off the start in the Main Event as he rounded the opening lap just inside the top-10. He charged up to fifth in the early part of the race, patiently hovering just outside the podium battle as riders began to make mistakes ahead of him. Capitalizing on a few opportunities, Musquin climbed into third and brought it home for his second-straight podium finish. Musquin sits within striking distance of third overall in the series championship with one round remaining.

Marvin Musquin: “To be honest, today was not my best ride, but I knew the conditions were callous today, and I made the best. Didn’t get a good start. I was in a terrible position but knew it would be tough and things would happen. I’m feeling perfect on the bike at these last few rounds, so thank you to the team!”

It was a mediocre day for Webb, who battled around the top-five throughout the day. Carrying fifth-place qualifying and heat-race positions, the Defending 450SX Champion found himself with a less-than-ideal gate pick for the Main Event, and he got off the line just inside the top-10. Latching onto his teammate Musquin early on, Webb charged through the field to put himself just outside the top-five battle late in the race, but he couldn’t make anything stick, ultimately finishing sixth on the day.

Cooper Webb: “Denver was an average day for me. I had a decent start in the main and got pushed wide on the opening lap. Got up to sixth and stayed there the whole race. Latched on with the guys ahead of me, and some guys went down, and I made some passes. Overall, it was a struggle of a day. The track was very dry and sketchy, so not ideal conditions, but we’ll give everything we can for this last round.” 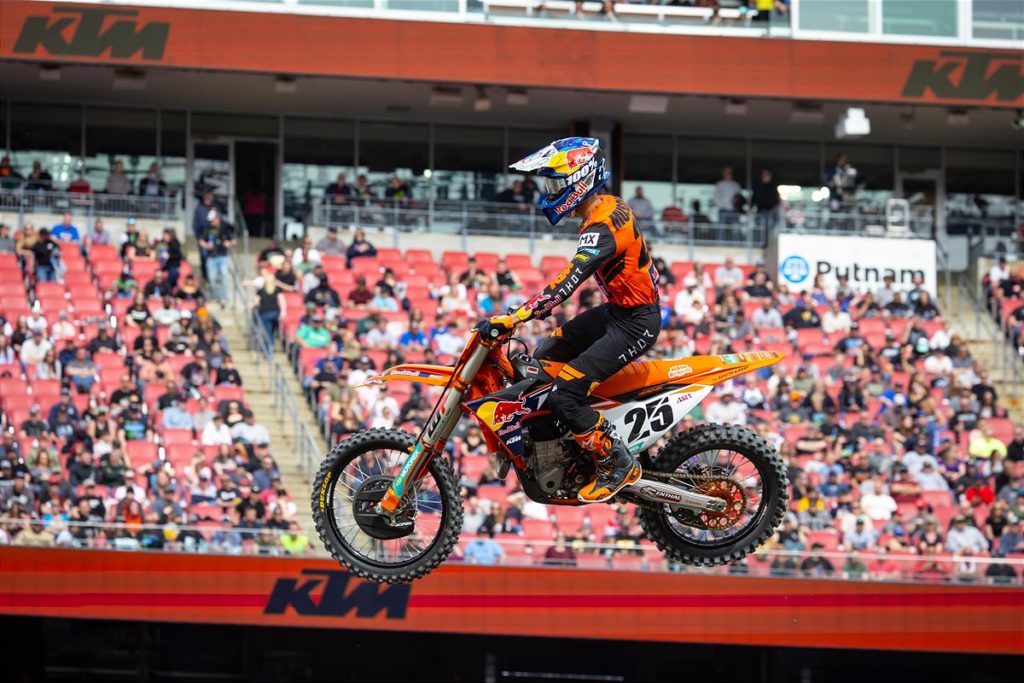 Marvin Musquin bounces back with a podium... 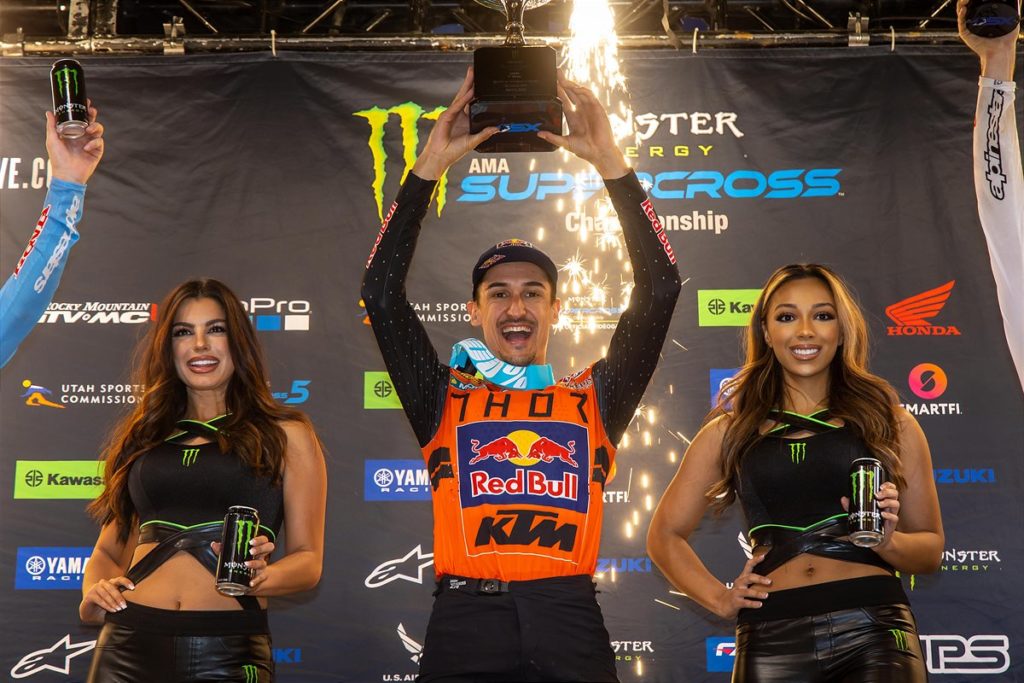 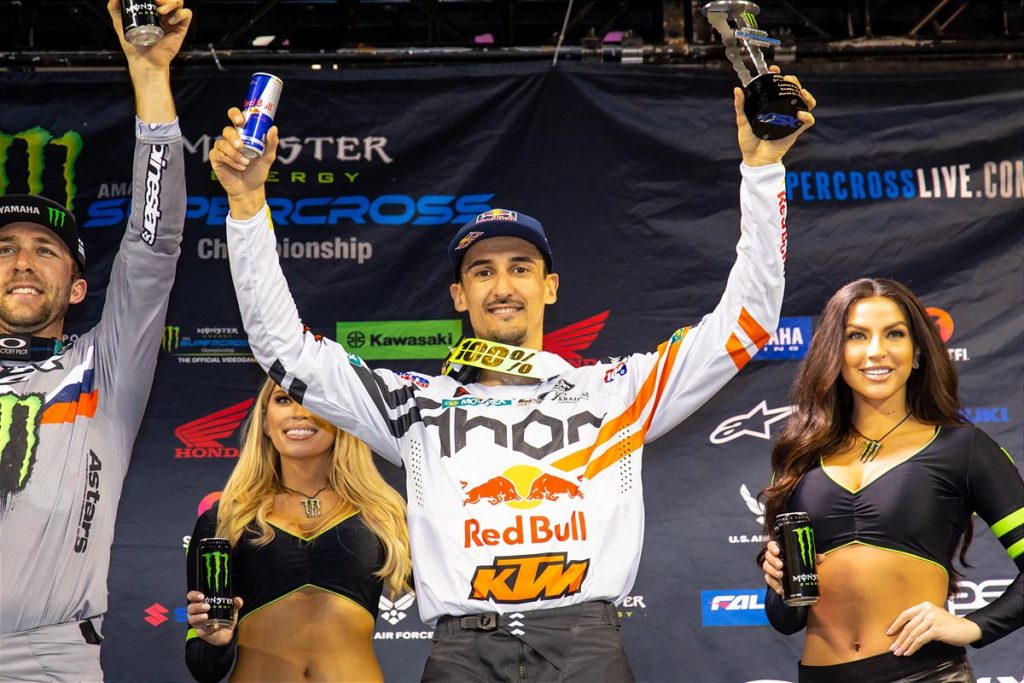