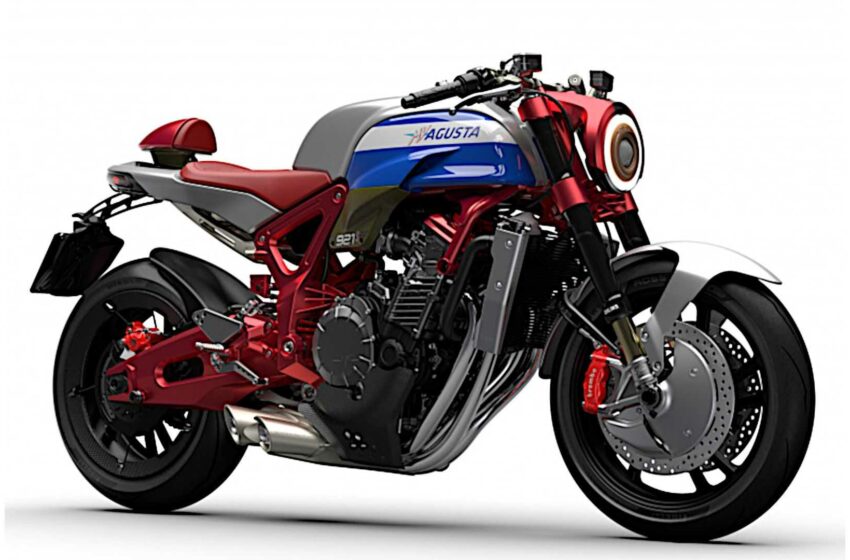 When you think of Italian motorcycle manufacturers, the first two names you probably think of would be Ducati and Aprilia. But there is another Italian brand with tons of history in the industry that wants to get back into the modern motorcycle market: MV Agusta.

They have announced their new 921 S model, a naked cafe racer. The new production model may make its way onto the market in 2024 after a couple more months of testing in concept form.

It is common for a motorcycle manufacturer to take a page from its past in creating a new model, and MV Agusta is no different. 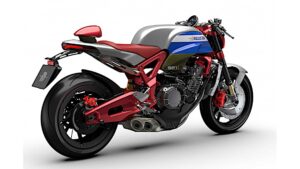 The 921 S concept is based on fastback styling and minor modern influences on classic lines. It’s an accurate and handsome mix of aggressive, old-school cafe racer style with contemporary cues, which MV Agusta is confident it can pull off without much change.

The 921 concept, when built, will be fully adjustable with suspension and steering. It will boast two short exhaust pipes to give it a unique sound while looking fabulous in the back.

The 921 S is more of a looker than your traditional MV Agusta. It remains true to the legendary motorcycle manufacturer’s philosophy: lightweight and agility. The new design retains the revolutionary construction and takes inspiration from 750 S. MV Agusta produced this bike between 1970 to 1975.

With the introduction of the MV Agusta line of motorcycles, people expected the brand to make waves. The 921S is a motorcycle from a historical perspective, with respect and adoration of the past mixed with the creative genius that looks to the future in terms of modern technology and design. It allows more freedom in designing the motorcycle’s shape without relying on existing tooling. 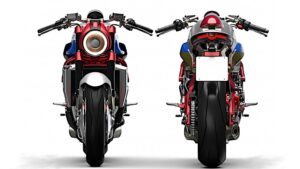 MV Agusta aims to establish a superior position within the next few years. The 921S is a motorcycle with character, and its design approach is entirely different. Funnily, the MV Agusta Motor Holding S.p.A could pull off this trick due to their investments in producing other machines.

MV Augusta communicated their plan to every MV Agusta fan through their press conference held in EICMA 2023.

The cool thing about this motorcycle is what makes it different from an ordinary bike and instead a showcase of state-of-the-art superbike technology.

The MV Agusta 921 S is a technological masterpiece and a stunning example of Italian craftsmanship in the world of superbikes. The bike’s design, power and style are an ode to the motherland of biking. Let’s look at its features, main specifications and release date! 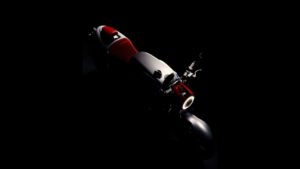 MV has made a concerted effort to make the 921 more accessible and usable. That MV was able to retain their trademark radial valves and make the engine smoother and softer while also having a 921cc four engine that will make 15.5 horsepower and 85.9 lb-ft of torque at 7,000 rpm should speak for how impressive this engine is.

It will get a secondary balancer shaft with forged pistons and connecting rods, a forged and nitrated crankshaft, and horizontal air intakes with an excellent cooling system.

The concept gets a 16-litre fuel tank, a 4.5-inch touchscreen, and four riding modes with a 219 km per hour top speed. Further, the idea is expected to have traction, launch, and cruise control. The fuel tank is 16 litres. The bike will weigh 205 kilograms.

The 921 S may have a long tank that is sculpted and which also houses round headlights. The seat also appears to be comfortable. The bike’s tail section features a steel trellis frame, more traditionally seen on exotic MotoGP machines. It is low at the front pegs to ensure an aggressive riding position.

The 921 S is expected to get a long tank that is sculpted and which also houses round headlights. The seat also appears to be comfortable. The bike’s tail section features a steel trellis frame, more traditionally seen on exotic MotoGP machines. It is low at the front pegs to ensure an aggressive riding position. MV Agusta has been doing everything right since its rebirth; today, the company is as prestigious as ever. The Italian marque wanted to maintain its historical links with the world of motorcycle racing and wanted a machine that would look like a race bike yet retro classic.

The new MV Agusta 921S is an original bike that keeps the essence of a supersport and adds small touches to Italian design. It features a lightweight chassis and gearbox, with an aggressive and sleek design inspired by modern electronics and the sketches of the company’s young in-house designers.

The concept gets low clip-on with beautifully machined triple clamps having visible handlebar mounts. These beautiful handlebars are attached to forged aluminium and depict the style of cafe racers.

The concept gets the bold glossy red and blue shade supported by grey.

As far as brakes go, they are a single Brembo 220mm disc brake with a two-piston calliper on the rear and twin Brembo 320 mm front discs with Stylema four-piston callipers up front supported by Continental MK100 cornering ABS, which has stoppie (rear wheel lift) mitigation function.

However, when it comes to suspension, they are carbon fibre-covered 17-inch aluminium alloy rims and adjustable Ohlins for the suspension.

We will see this bike in 2024 as a full-blown production model.

The price of MV Agusta 921S is still unknown as it is still in concept mode; however, it is expected to arrive in four different variants: Street, Sport, Supersport and Racing.

Further, MV Agusta plans to provide different shades to this bike, and they could be Graphite Gray/Dazzling Blue, Bianco Nera/Grigio Monocchio (Giallo), Giallo Tignanello/Rosso Ferro (Argento), Grigio Friulano/Bianco Caldo (Abbronzato). We are unsure about the waiting period as the bike is yet to arrive in the market.

MV Agusta is a highly-revered name in the motorcycling world, thanks to a storied history intertwined with racing legends and manufacturers from around the globe. Founded in 1945 by Giovanni Agusta, the company has continued to produce beautiful and unique motorcycles such as this one to great success. With several awards over its history, the MV Agusta F3 800 claims the title of one of the most advanced middleweight street bikes in production today.

All models come with a three-year warranty, and our online owners’ reviews for the F3 800 score well for reliability. And we expect the new 921 concept follows the same line as F3 800, which is expected to be a head-turner.

While the India launch is still unpredictable, the recently teased MV Agusta 921 S concept was imagined as a modern interpretation of the classic line.

It’s a cafe racer-inspired design that carries over the original design and muscular proportions but features a more sophisticated and up-to-date package. 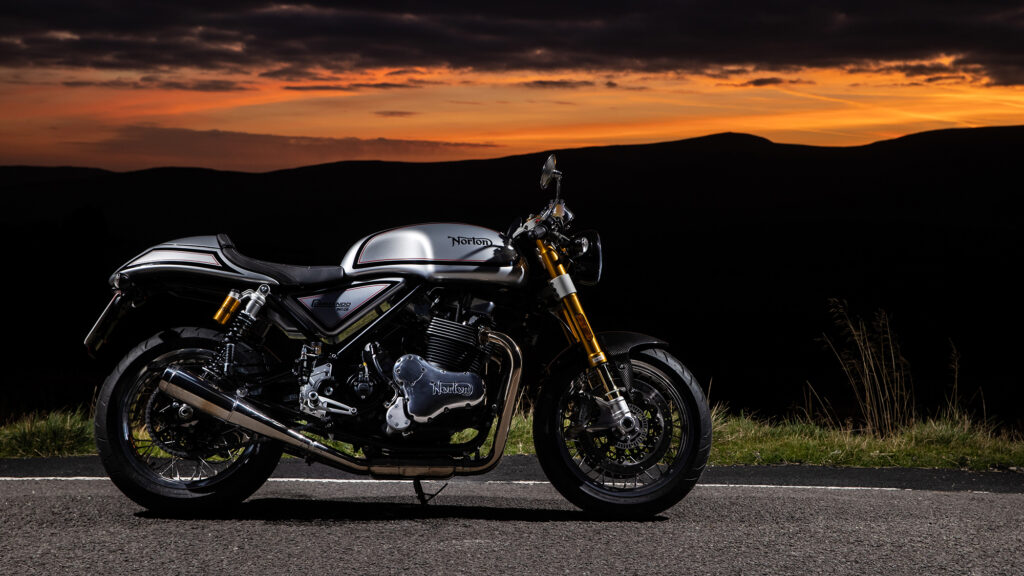