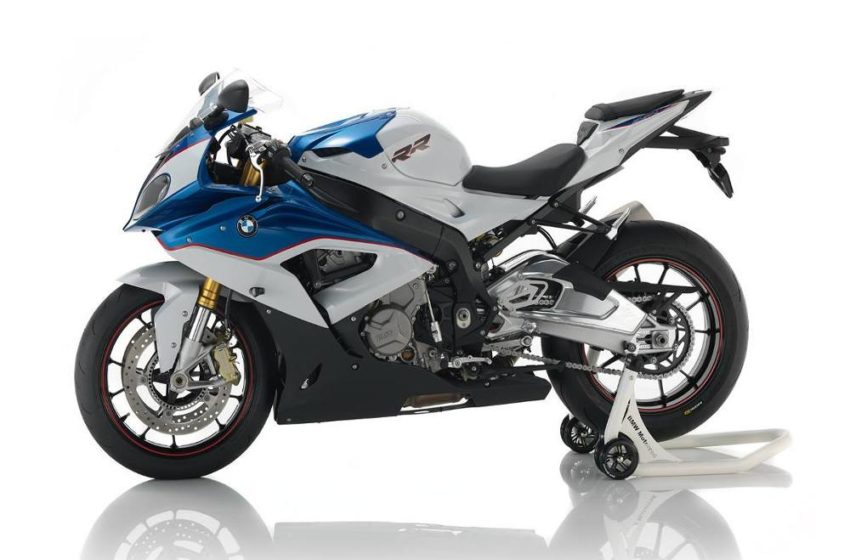 When the rules of game change every dynamics change and that’s how BMW entered in Superbike war in a litre class category. A machine which would perform best from rest of the others both on an off track. This machine is a “Sweet Devil” both nimble at the same time aggressive. Lets go back a little and see. s1000rr was introduced in Munich in April 2008, and is powered by a 999 cc inline-4 engine.

Although 2017 may represent a fairly minor update for the barnstorming BMW S1000RR.This machine competes with Aprilia RSV4 RF,Yamaha YZF-R1M,Ducati 1299 Panigale S and Kawasaki Ninja ZX10R. Immersed with technology and bulging with torque, it’s a smooth and easy-riding city commuter when it’s not unleashing all kinds of hell on open road.Tested on busy roads of Pune,India.This machine is lot of fun.The bike was set in Rain mode which meant it did reduced the throttle response.The mode button on the right hand side will allow you to set the riding modes ,all you need to press it for a while and the required mode is set.You can change the riding modes while driving as well.Riding modes are normally used to control the torque of bike.( 2018 Kawasaki Ninja 1000).

With 199 horsepower and only 207 kgs to move the S1000R has a power-to-weight ratio of just 2.26 pounds/horsepower, which means it can go from 0 to 60 mph in 2.6 seconds — without shifting out of first gear, which tops out at 96 mph. The S1000rr has three standard drive modes — Sport, Race, and Rain; Sport is the base mode, Race makes traction control less intrusive, and Rain dials output down to 187 horsepower and 80 lb-ft of torque, reduces throttle response, and puts stability and traction control on high alert.

The S1000RR is also available with an optional Ride Modes which is called Pro functionality that adds two more modes, Slick and User. Slick mode allows the rider to adjust the sensitivity of traction control, and User lets the rider to customize ABS, stability control, engine mapping, and the Dynamic Damping Control suspension settings. In addition to the additional electronic modes, the Ride Modes Pro package upgrades the S1000RR with launch control and pit-lane speed-limiter functionalities. Other electronic systems offered on the S1000RR include Dynamic Traction Control, which includes a banking sensor and gives the rider seven settings to choose from; Gear Shift Assist Pro, which allows clutch-less shifts; and cruise control. 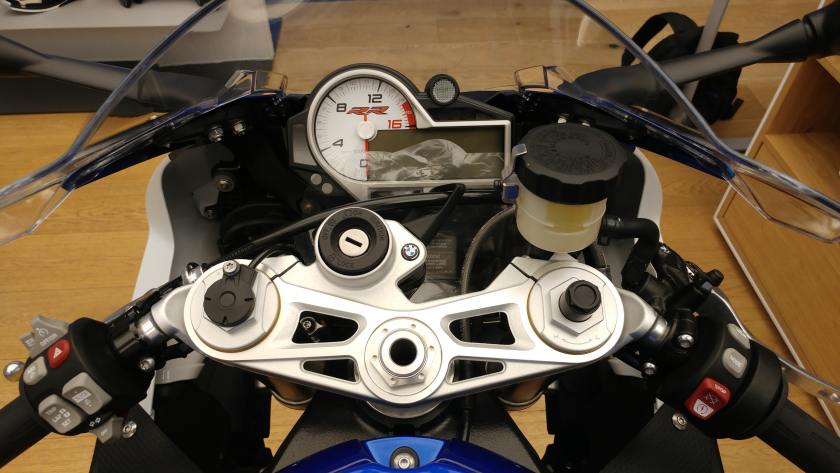 Like most sport bikes, the S1000RR’s natural riding position puts your knees up by your elbows and your chest close to the tank. Which means you need to entirely lean on tank.The inline 4 exhaust wont disappoint you while you take a spin in city or on track.The exhaust notes are soothing to your ears in high as well as in low revs.Its linear power delivery helps you to gain more control on the bike. On high revs and lower gears and on lower gears and on high revs this machine performs outstandingly without any knocking. Thats the USP of the engine. Body is mix of carbon fibre and aluminium to reduce the weight . Tail looks like a pointed arrow and has small curvy indicators in the front and back and headlights being asymmetrical.With the price tag of 27 lakhs on road ,Pune this bike surely has got lot of capability to compete with other litre class bikes in its category.

Sound of Inline four engine is always fantastic to ears.

I enjoyed it a lot thanks.

Thanks and appreciate Karen.