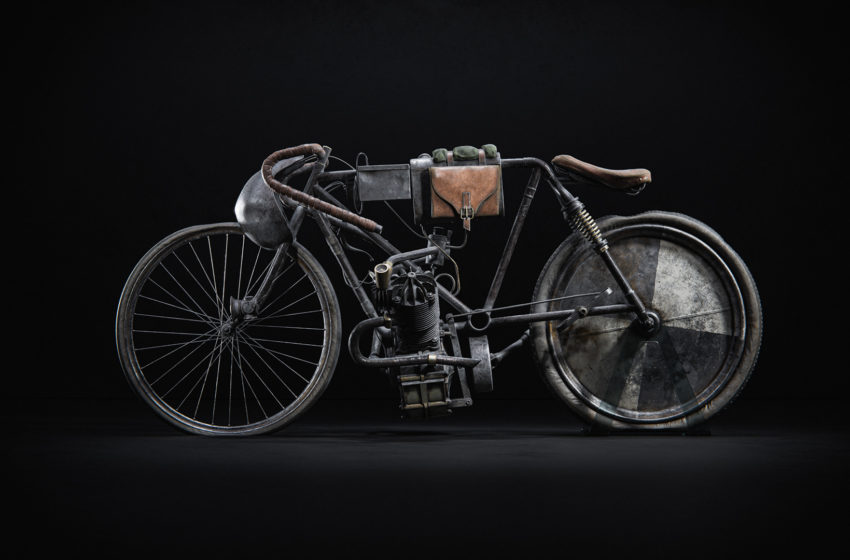 On a hot sienese summer day of 1906, Ettore Castoldi, a 28 years old blacksmith, was cycling to his workshop. He had occasionally been competing in bicycle races, but he knew that he needed something faster than the current one was.

He was a big man, powerfully built with a deeply sunburnt face and a broad smile – running his fingers through his grey hair.

He could feel the sweat running down his chest soaking through his shirt, but he didn’t mind it.

A master blacksmith since he was 18 years old, he had never felt more alive than when he was forging iron in the glowing embers of his furnace or hammering hot metal at the anvil. And he was only 28. Why complain about a bit of sweat. 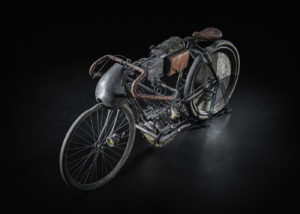 That’s why when Ettore Castoldi came up with a fast bike idea. He wasted no time getting to work.

He couldn’t have dreamed up a better idea. On paper, it was a solid plan. With limited resources at his disposal and only two years until the event, he had to put this machine together from scratch.

He made his calculations, worked out how much time he had available and got down to work, with his brother and a few local craftsmen contributing their energy where needed.

He knew that this bike would make him a hero amongst his friends for going twice as fast as anyone else on their bikes. The icing on the cake? It was light.

The handlebar is completely covered in leather, just like his shoes and jacket. It’s not as weird as you might think because it was quite fashionable in those days. 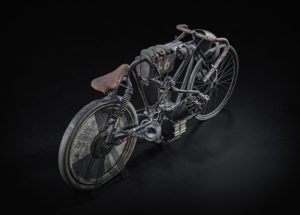 Up to that point, all motors in use were single-cylinder ones. A V configuration was unheard of, as was a 46hp engine. Ader introduced the experimental new powerplant at the Paris Show, and now it found its way.

He constructed it to race it himself and made sure the engine went along with the thin frame. The frame looked so fragile he did not expect the wheels to stay on and the seat, handlebars, and brakes. However, the frame was holding up better than expected.

The first time Ettore Castoldi tested the L’Eroica, he was on a tiny gravel road in the middle of nowhere. The bike was clumsy, and the drive was terrible: unstable and shaky at best, often wholly undrivable.

Ettore’s feelings were clear: everything had to be lowered. 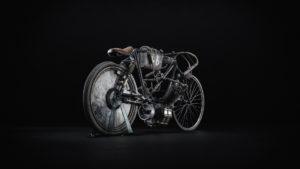 Ettore lowered the seat and extended the handlebars so that he could practically lay down on the frame. He also moved clutch and brake controls to two pedals, sliding them to the back of the bike.

Unknowingly, Ettore had invented the bike setup and driving position that would become the cornerstone of modern motorcycling.

Although motorcycles were around before the creation of L’Eroica, they weren’t as fast or efficient as the Ettores motorcycle. So when Ettore dreamed up the position and racer setup, he was quite innovative in his approach.

It is a fictional work from Milan based 3d artist Federico Ciuffolini. Who was heavily inspired by the genius work of Clément Ader.

Federico got the name l’Eroica (the Heroic) from an old school bike race held to this day near Siena, Tuscany. The 46 is also an apparent small tribute. 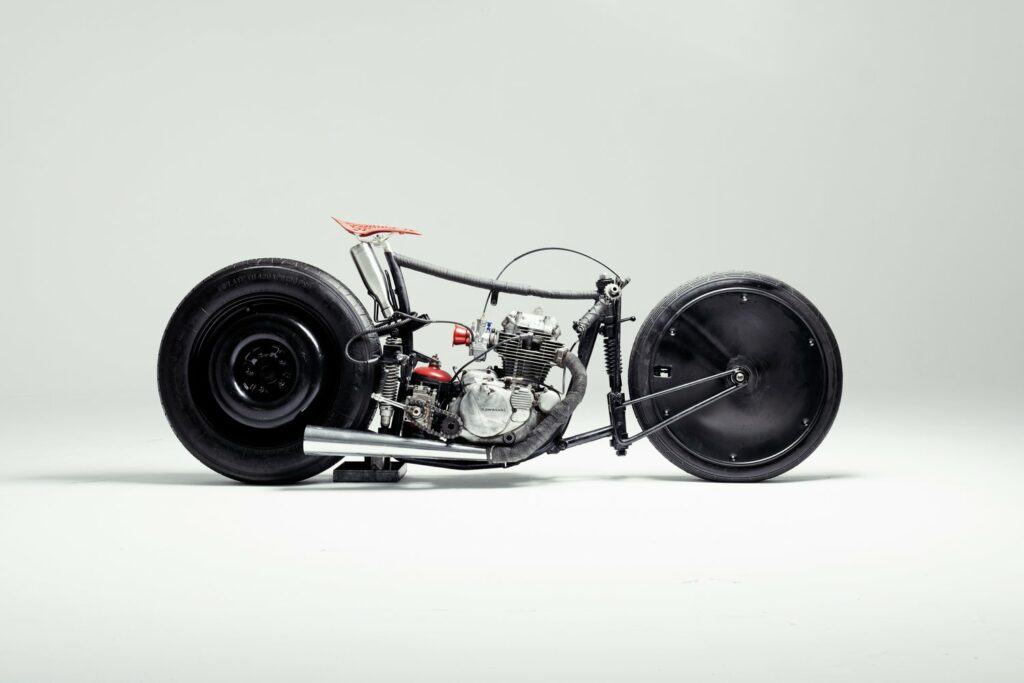 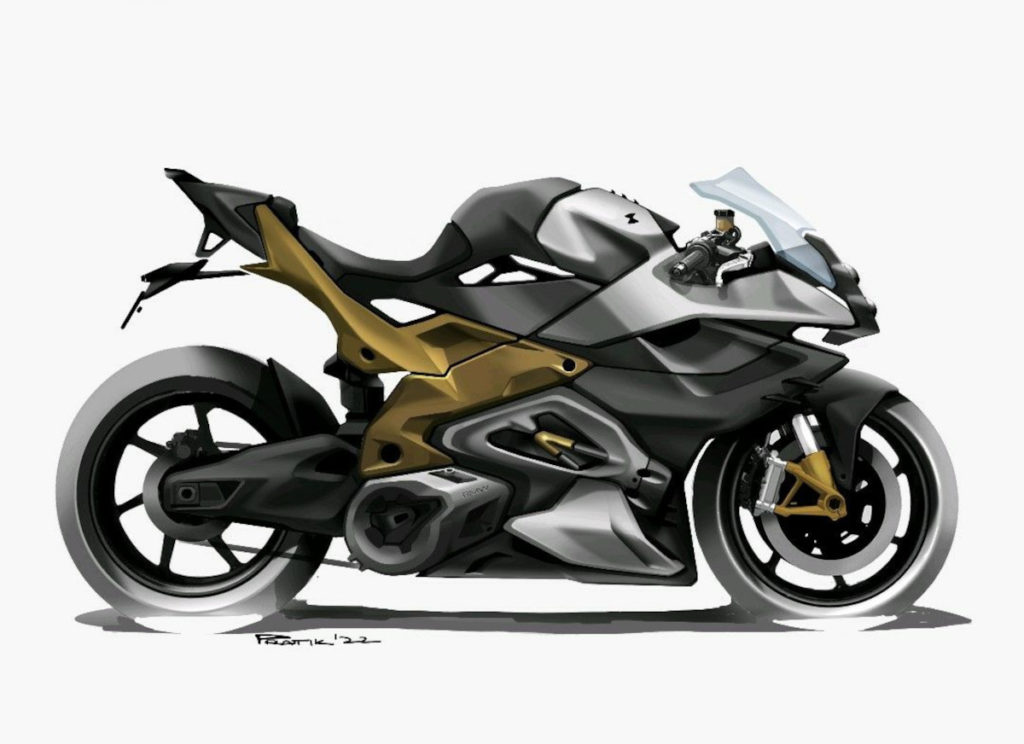