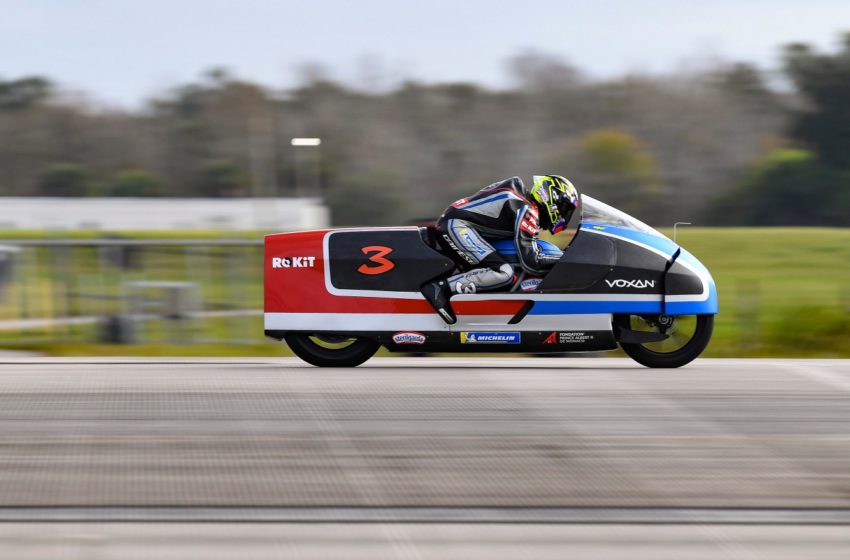 The fascinating world of land speed records is a highly competitive area among motorcycle enthusiasts. In recent years. Motorcycle manufacturers are pushing the limit with ever-faster machines culminating in the current world record holder.

It isn’t easy trying to set land speed records. You need to get everything just right. From your equipment to the weather conditions on race day.

However, it doesn’t stop ambitious people from giving it a go. As we witnessed at Space Florida’s Launch and Landing Facility in Cape Canaveral, Florida.

Thanks to this drive for success and prowess of one brand, in particular. We witnessed history being made again and again over four days in November 2021.

The team at Voxan has achieved something quite remarkable. Not content with making the electric motorcycle the fastest in the world. 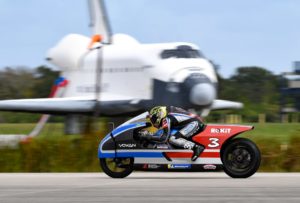 They’ve also officially set a new world record for the most rapid electric powered motor vehicle. However Voxan made sure they don’t break the regulations made by Fédération Internationale de Motocyclisme (FIM).

While that might sound like a mouthful of jargon. You can take it for what it is — a fast motorcycle.

To qualify, the vehicle’s speed is measured from the start to a single km.Done from the opposite directions.

And two runs are taken within the hap of two hours from the earlier. And then averaged to find the final total of the speed number across the two runs.

With these rules, and on November 22, 2021. The upgraded Voxan Wattman set a new record in the “partially streamlined electric motorcycle under 300 kilograms” category.

The following day, Voxan and Biaggi were back at it again with a streamlined version of the bike.Which was under the category “non-streamlined electric motorcycle under 300 kg.”

“In less than a year, we have succeeded in lowering the motorcycle’s weight while increasing its power and improving its stability.

Following the records we set in November 2020 in the ‘over 300 kg’ class. These 21 new records are another magnificent reward for the Venturi Group, Max Biaggi. And our valued partners, Saft, Michelin, and Mercedes.

I am pleased to think that the experience gained from this project will contribute to improving eco-mobility. 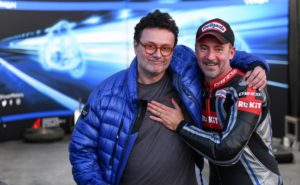 I share these records with my country, Monaco. Which does so much to promote sustainable development.” – Gildo Pastor, President of the Venturi Group. 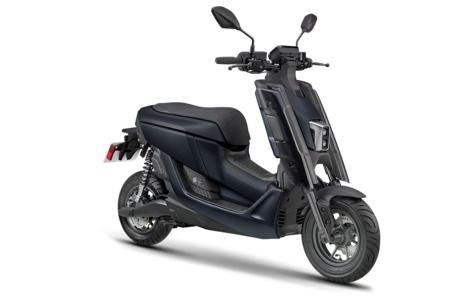