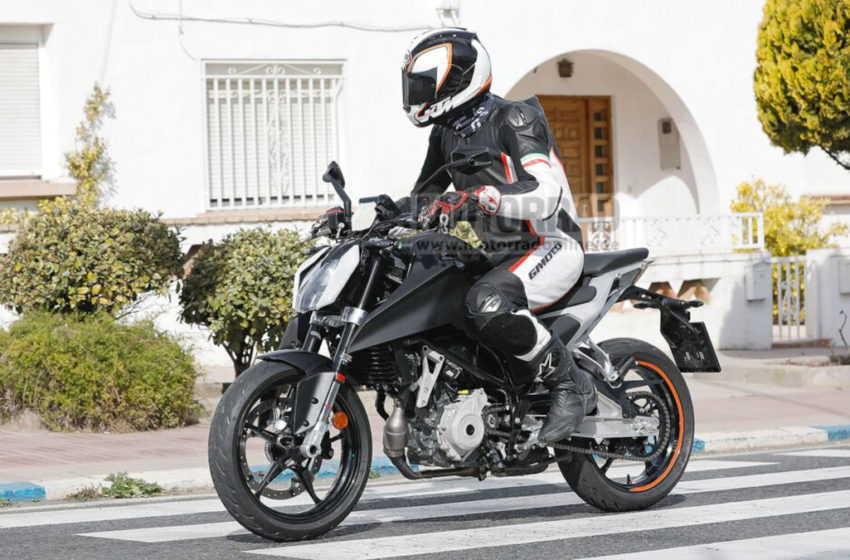 The rumours have been going on for a while, but now we know it’s true: KTM has a new 125 Duke in the pipeline. And while this may be good news to some. Other fans of the Austrian brand will draw their eyebrows together in confusion.

Because with this new bike, you have to prepare for a somewhat surprising evolutionary turn. Although it would also mean that KTM has had more than ten solid years in the market with his first baby Duke.

If there were an award for “most fascinating spy photos”, these would be in the top three because they show the new KTM 125 Duke.Which is expected to hit the market next year. And that’s precisely why we want to talk about it. The KTM 125 Duke is a unique bike. 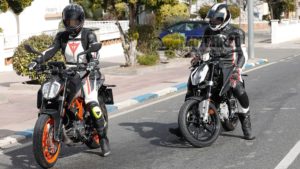 Although you do not see it everywhere, it seems to be constantly among the best-selling bikes worldwide. And if you ask us. It deserved that success as a small, versatile commuter and nake bike that is also fun to ride in city traffic.

With the entirely newly developed KTM 125 Duke, KTM continues the expansion of its model range.

Because nothing can be left to chance in terms of quality and performance. KTM has developed the new single-cylinder engine from scratch. The new engine is not just more powerful but also much quieter and has a higher torque than the previous generation. 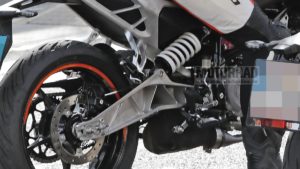 Further, the catalytic converter will arrive large and close to the outlet for better efficiency. We can also see an under-engine collector with a stub tailpipe in front of the rear wheel.

This change makes the 125 Duke significantly different from the outgoing model. In addition to a completely newly developed engine. The next-generation of KTM manufacturer is completely rethinking the rear frame.

We also see the new screwed-on pillion footrest extension. And those are updated from tubular steel to cast aluminium. More to see are the cast rims with front-wheel having the single-disc brake system having radially mounted pliers. 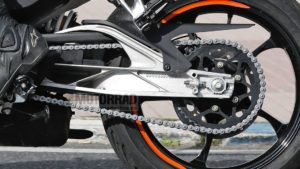 And this changes significantly with the change to the next generation. The aluminium die-cast rear-wheel swing arm is unique. An upper cable over the left arm and a banana shape over the right arm are installed.

Supported by frame, the shock absorber now comes located horizontally on the right side.