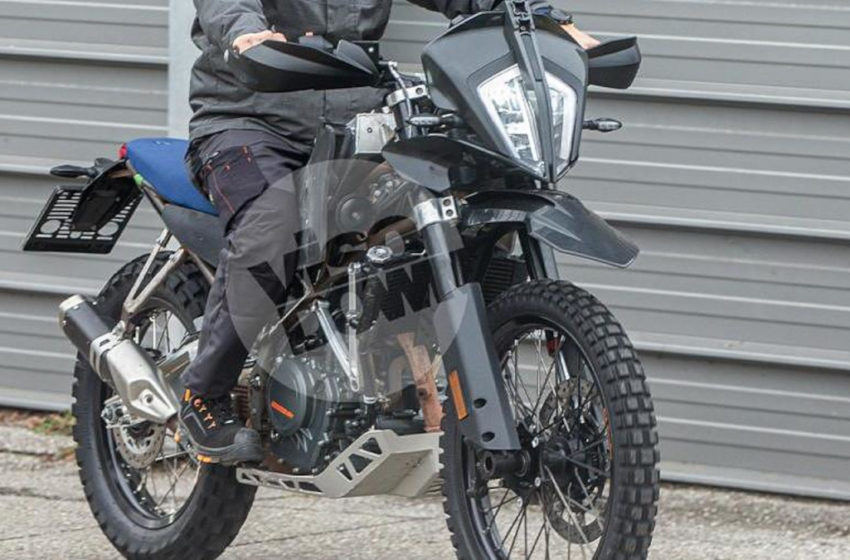 When you discuss the best on/off-road motorcycles globally, you can’t help but mention KTM. The Austrian brand is famous for producing some machines that have a reputation for going anywhere.

The bikes delivered by KTM are the machines motorcycle fans dream about.

At one point or another, there have been rumours of the 390 Adventure getting an update, and now it looks like that update might be close at hand based on a new test mule spotted by our colleagues from Visordown.

It looks like the company is testing a new version of the famous 390 Adventure.

The new bike is an adventure-touring motorcycle with a tall front fender, but it seems that KTM has installed a 21-inch front spoke wheel for better off-road performance.

It looks like the rest of the bike will remain mostly unchanged. Let us see if it does.

What changes we will see?

It seems like it was just a test ride which was the reason for having all those people for an ordinary test ride, but the photos of the testsqueak out, and there is no doubt what this bike is.

However, we see more changes apart from the 21-inch front spoke wheel.

A picture has been spotted online and can be assumed to be the upcoming KTM 390 Adventure. The image shows a motorcycle with a new plastic design, spoke wheels and 21-inch on the front tyre.

We say that this could be the next generation of KTM 390 because the current model gets a 19-inch front wheel while the bike in spy shot gets 21-inch at the front.

The frame also seems to have altered quite heavily as well. At the same time, the subframe is as is compared to the current model.

The model in spy shot is 2023 KTM 390 Adventure may either replace the existing 2022 KTM 390 Adventure, or KTM has an altogether different proposition to expand its portfolio in the same segment. However, with more zeal.