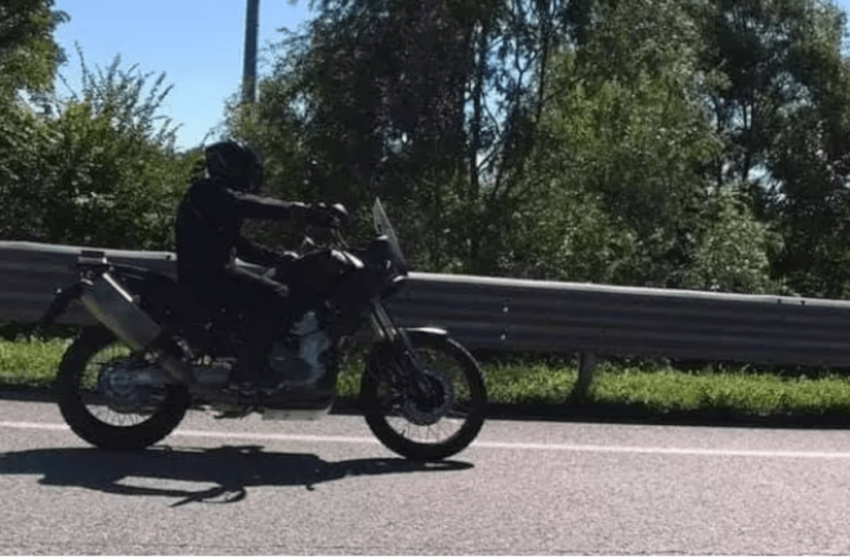 In April we said Aprilia is getting more aggressive in its middle displacement category. And we have already seen it in the form of RS660 at last EICMA.

The other important thing to note here is Aprilia gets more fragile when it comes to AVD models.

It’s not like they don’t have models they do have for example Terra 150 which is built explicitly for South Asian Market.

And then Aprilia Caponord 1200. However, Caponord 1200 is not popular with the touring fanbase plus the settings are prone towards sports.

Not sure if it is due to coronavirus Aprilia Caponord 1200 is on hold.

Now that does mean Terra 150 is the only model that Aprilia has and again it comes under lower displacement.

Aprilia has two options, and both look exciting.

However, Aprilia has the plan to unveil its middleweight ADV, and with that, they had released a wind model of Tuareg 660.

We don’t have to scratch our heads as it is simple that Tuareg 660 will get the new parallel twin-cylinder 660 engine.

Aprilia RS660 is capable of making 100 hp which is in line with the expectations of rally model.

The Tuareg 660 will compete with other middleweight rally models like Yamaha Tenere 700, F70GS and 790ADV.

We also see other design by Oberdan Bezzi and is dubbed as Tuareg 900.

The concept of Bezzi looks terrific.

The Tuareg 900 may arrive on the Shiver 900 platform. Shiver comes with 900cc twin engine that churns 93hp.

Our thoughts Aprilia should bring both Tuareg 660 and Tuareg 900 that will substantially fill the gap of ADVs.

For the first time now we do see the Tuareg 660 getting spotted. We had seen the teaser in the last EICMA when a front portion, especially tire, was visible.

However, we don’t see much from this shot either. All we could see is the structure like an ADV with large wheels and mono-shock and upside-down forks.

Visible are other components like the small fairing and the tall windscreen.

As we said in our Option 1 section, unlike the RS 660 the mid-size Adv Tuareg 660 will get the new parallel twin-cylinder 660 engine.

Tuareg 660 will come stacked with other goodies like the traction control, cruise control, riding models, TFT dash, LEDs and more. 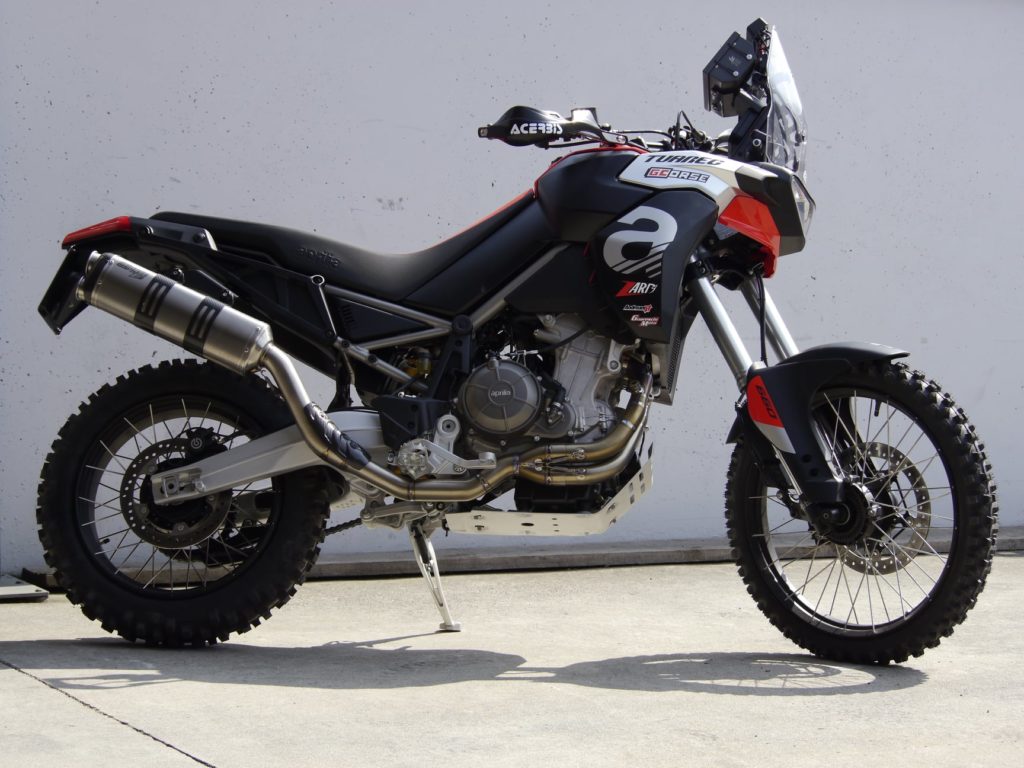 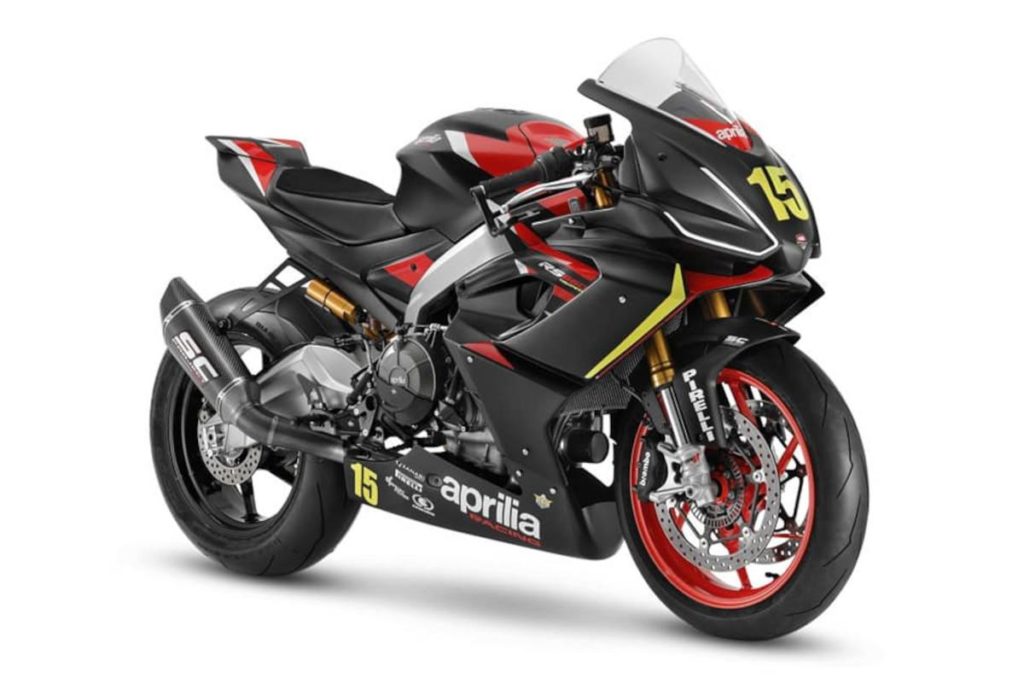 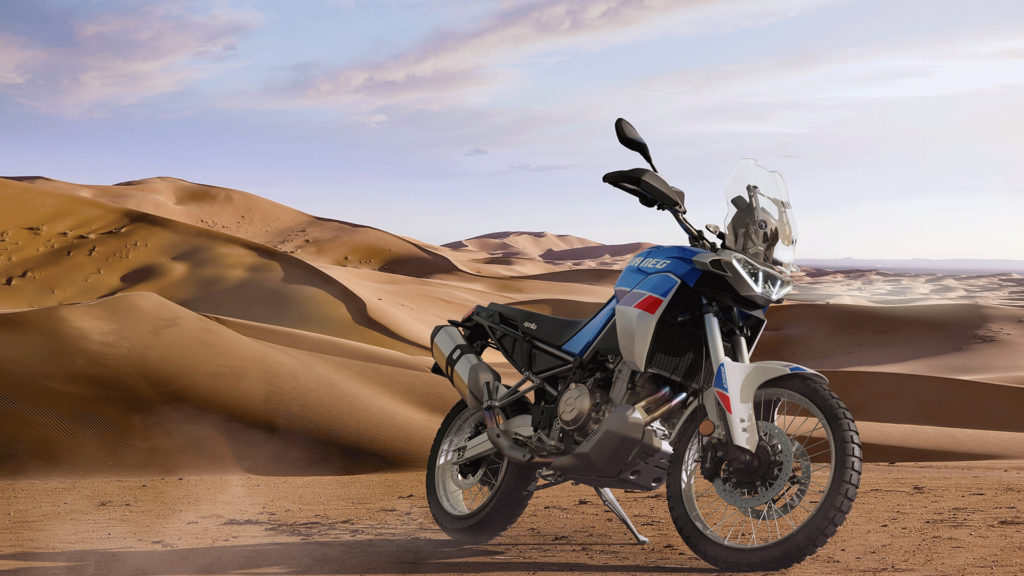