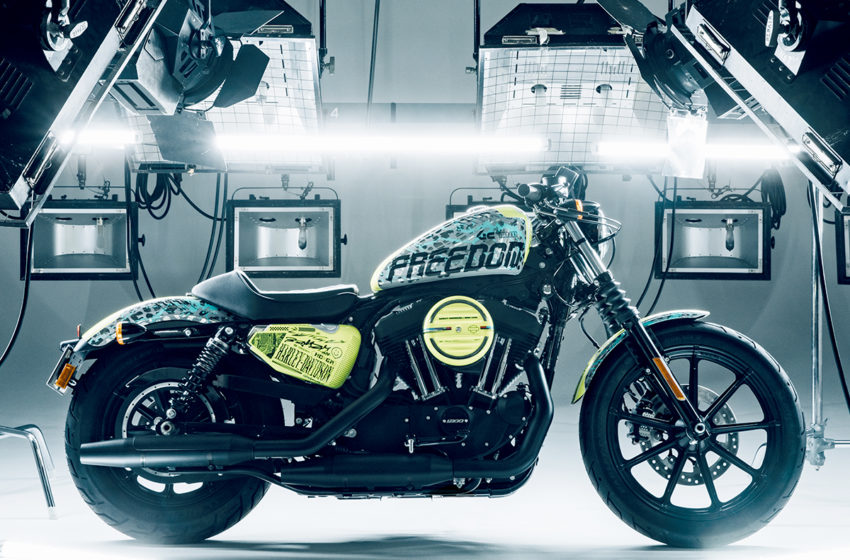 The project is “RE_SEEK for FREEDOM.” Earlier Tamio has collaborated. With various companies to provide graphics to multiple CD jackets and apparel brands from indie to major labels. Graphics based on techno rave culture have received. High acclaim and collaborative work with various companies. And brands have released and have globally Announced the collaboration line “PUMA x GraphersRock” with PUMA. And the concept model bike “SEEK for FREEDOM” through collaboration with Harley Davidson.

His work collection “RASTERIZE” has been published from DU BOOKS. And his solo exhibitions at PARCO GALLERY X and WIRED Lab have is highly evaluated. The collaboration plan with the creator artist started for the first time in about a year ago. To create a street rod with an original design by hand-painting.

Each of the Grapher’s Rock designs, which combine .A sense of dynamism and an inorganic digital image by hand finishing.

The specially produced street rods will be available in the lottery at a later date in limited quantities. It is the first time Harley Davidson has launched . A limited edition model in collaboration with an external Japanese designer.

The official page reveals the key visuals of the project. The progress of the street rod produced by Graphers Rock . Is to be released on the official page along with various unique content.