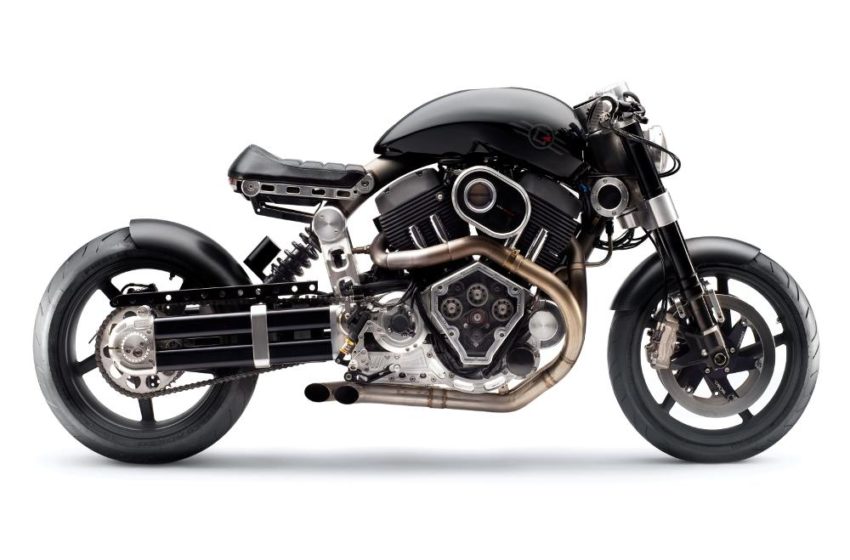 The well-renowned design director is recognized for his works in landmark models such as those of the Hypermotard.

It had been launched the previous year and built about a hundred samples that were sold out to the most eager and impatient buyers who couldn’t wait to feel the wrath of the Confederate X132 Hellcat.

It is worth noting that it dates as far back as 2007 when we had a record of the last Terblanche-designed motorcycle being produced.

It was in the year 1994 that Louisiana Lawyer Matt Chambers founded confederate. The Confederate Hellcat Speedster X132 is an American stripped-down that is designed to portray a return to the origins of the Hellcat.

As a dragster which is meant to be ridden on the streets, showing off its robust and beautiful nature with a great sense of comfort to ride.

It comes with a V-twin motor that happens to have been the pioneer of standalone engines to be designed from American S&S Cycle, with products that have been patronized by the US custom and chopper industry for the past fifty years or so.

So far, the Harley-Davidson was known to have been the only bike that had varieties of engines mounts cast into the crankcase but this one in the Hellcat Speedster X132 is known to have had more.

So all things being equal, it is no longer a copycat as per se. With this S&S design that has the crankcase made of aluminum, we are sure of a wide variety of chassis layout.

The air-cooled v-twin motor is named after the combustion chambers’ structure which is wedge-shaped. Unlike the previous S&S engines which had rollers, this crankshaft has a pressure-lubricated plain main as well as rod bearings and all of this is forged from one huge block of metal.

This S&S engine makes use of forged steel rods which are mounted next to each other on a 56 mm crankpin, unlike the default knife-and-fork design of the Harley motors.

The current President and CEO go ahead to say that back in the year 1992 when they had to work on the Hellcat,  they had the vision of making a V-twin engine that will all be cast from on-piece metal.

He goes ahead to add that given the complexity of the thought back then, they have had to manage the bolted-together, Harley-type crank which gives the sensational torque when ridden.

Considering the flexy nature that the crank had, the motor could not be properly fixed into the chassis so as to get the rigid structure that they desired.

With the advent of the S&S X-Wedge, all of that has been revolutionized; the crank is forged all from one piece and the presence of the big wheels entails a reasonable torque being delivered as you ride.

Getting the S&S X-Wedge to give the best of itself comes only after about the 2nd or 3rd rotations when the bike final bursts into life with the satisfying sound we get to hear from the exhaust.with its two separate exhaust cams that are found on the bike, you can negotiate very acute angles with the bike and you won’t hear any single sound. It has a 51 mm intake coupled to a 40.6 mm exhaust valve.

The is a valve per cylinder. If one is to go in detail to compare the sound produced from the engines of the X-wedge and that from the olden days Sportster-style, we realize it makes 5 dB less noise and all of this between 2000 rpm – 5000 rpm.

It has a 45mm/1.8in belt primary-drive which is attached to the clutch that is operated via a hydraulic mechanism. This is produced by Bandit and is solely meant for the confederate. If we combine the weight of the engine, throttle body, and transmission, we end up with about 110kg. This means that in total we have the Hellcat that weighs 240kg.

The Confederate X132 Hellcat Speedster has that Terblanche-created, riding position where you get to put your feet forward and it is done.

Generally, the sitting position on the leather seats of the confederate is one which will make you able to put your feet on the ground yet be able to feel detached from it as was the case with its ancestors such as the X132 café cruiser or better still, the X124 Hellcat sport-custom.

The structure of the Confederate X132 Hellcat Speedster is in such a way that your feet are far ahead of you and in no way can they be used to help steer the bike into the required direction. This makes the Confederate a great bike choice if you are out for just cruising about town but won’t be the case if you were out or some on-road experience.

Another remarkable difference between the Old HellCat and this one is the handlebar. The Confederate X132 Hellcat Speedster comes with a handlebar that is wider and pulled further behind, as such much more of an upright riding position is guaranteed.

Width its massive size, especially with the increase in width, the speedster has now been incorporated with 240/40-18 rear Metzeler, and this is placed on a BST carbon rim which is Eight inches in diameter.

Generally, there is much more to take home once it comes to riding experience and general comfort. The engine it comes with feels quieter than before but much more sophisticated, considering the fact that it is more muscular than before.

The oil tank is about 4.25 liters and is covered by a frame that is made of steel and tubular in form. The engine on the other hand on the bike seems to be some fully-stressed part of the bike.

The swingarms are made of aluminum and they generally extrude. Unlike the previous Marzocchi forks in the Marzocchi that were 50mm, the recent confederate comes with upside-down WP forks that measure up to 48mm and happen to be fully adjustable.

The fork happens to be more kicked out than what it was before, leaving it at 29°. Its trail is increased by about 106mm/4.185in that’s if you are comparing it to the previous one that was 1613mm/63.5in. As such, there is enough space to have the exhaust mounted beneath the engine.

The Beringer company is responsible for the twin Aeronal cast discs that are found at the front, each of 310mm in diameter. This French company has also produced the cylinder which helps grip each of these discs. The cylinders are radially mounted and four in number. At the back is a Brembo stainless steel disc.

Actually, the confederate produces just about a hundred bikes in a year and hopefully, this figure will increase over the years. As such, you would expect the price tag on this bike to be quite a nut to crack.

Amazingly enough, the HellCat x132 is one of the most affordable bikes from the Confederate bikes as a whole. Especially if one is to consider the fact that there have been confederates worth $72000.

As an additional remark, the range of colors for this bike is said to be endless given that the bike is hand-built.

This review was provided by someone who doesn’t want to disclose identity. 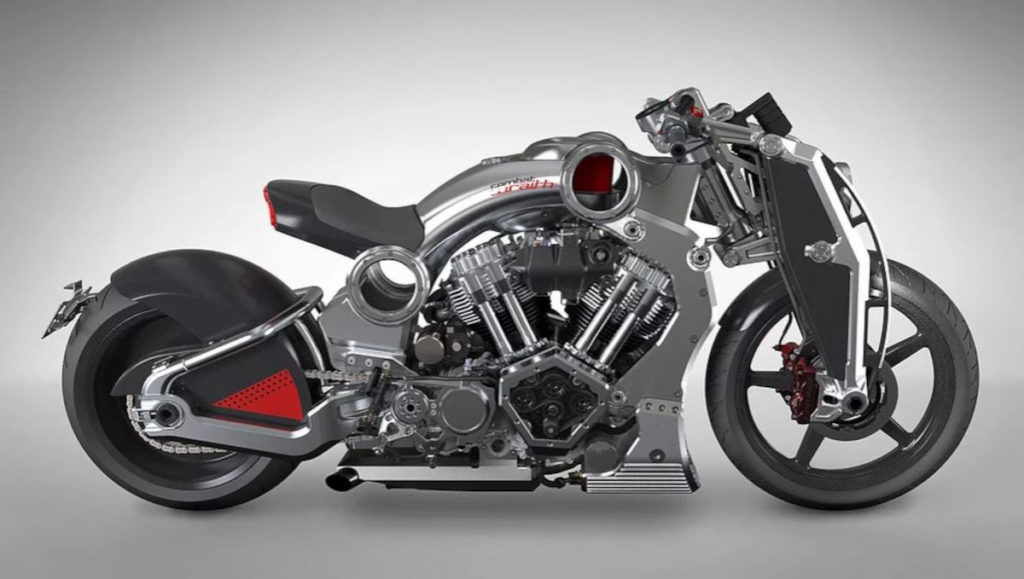 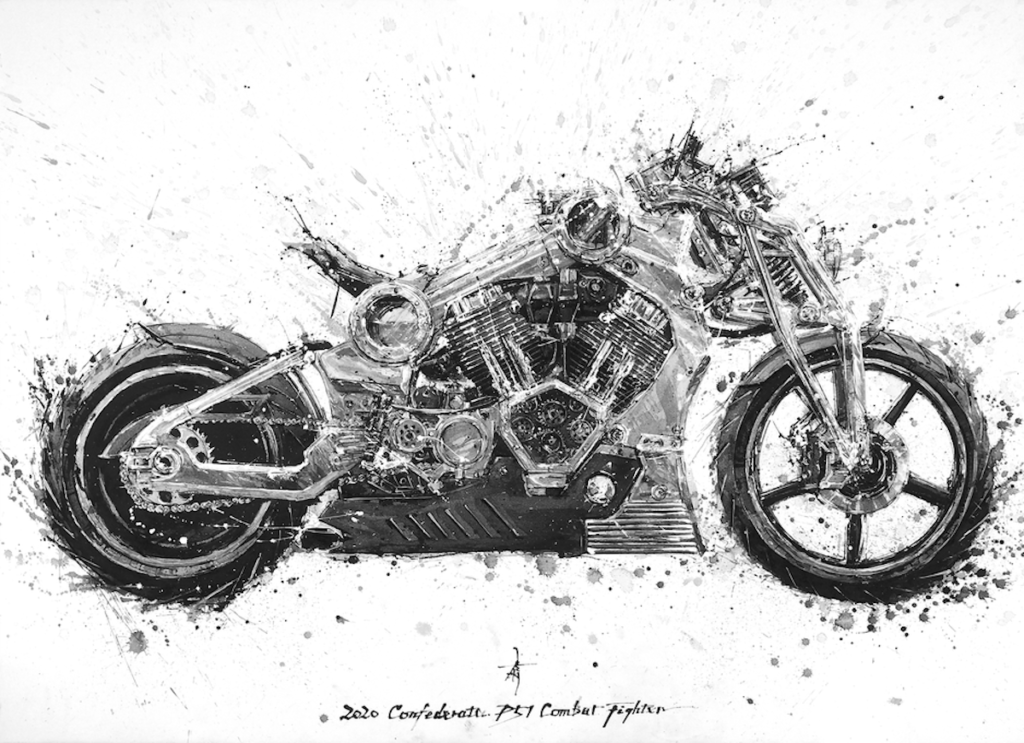 An impressive share! I have just forwarded this onto a coworker who had been conducting a little
research on this. And he in fact ordered me lunch simply because I stumbled upon it for him…
lol. So allow me to reword this…. Thanks for
the meal!! But yeah, thanks for spending time to talk about this issue here on your blog.

Well thanks what more can i say 🙂

Ƭhis paragraph is genuinely a pleasant one it assists new internet users, who arе wishing in favor
of blogging.

Thanks for your good words.

This is a topic that is near to my heart… Cheers! Exactly where are your contact details though?|

Thanks. I am available on akash@livingwithgravity.com.