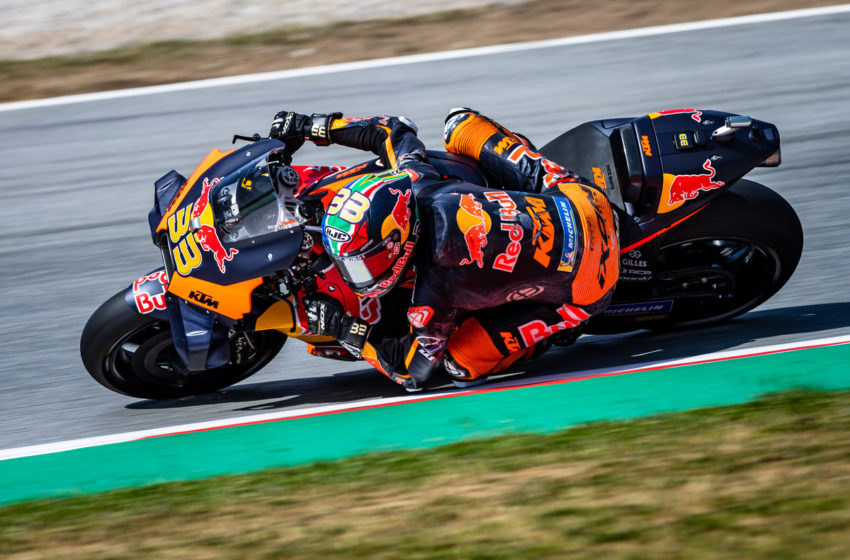 Hundredths of a second separated KTM from Q2 at the Circuit de Barcelona – Catalunya as a hot and intense qualification opened the Gran Premi Monster Energy de Catalunya and round nine of the current series. Red Bull KTM Factory Racing’s Brad Binder was the fastest KTM runner from the Q1 shootout and will sit 15th for the race on Sunday.

The return to the compact but diverse technical challenge of the 14 curves of the Circuit de Barcelona – Catalunya brought back pleasant memories for KTM, thanks to Miguel Oliveira’s victory at the site during the summer of 2021.

The brand came to the venue close to the Catalan capital city, fresh from a fast and positive showing at Mugello in Italy last weekend and eager to improve its competitiveness further.

The greasy, slick track surface meant issues of traction and tire preservation were the main concerns, but Binder held a strong pace on Friday that placed him into the top six. 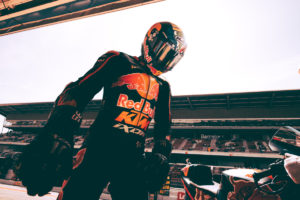 A tumble in FP3 prevented the South African from going straight into Q2, and then his best effort at crunch time on Saturday was just 0.03 of a second from the top position. Oliveira was not far from his teammate. The Portuguese was a mere two-tenths of a second adrift of the first two slots for Q2 and will take to the grid in 16th.

A first taste of the Circuit de Barcelona – Catalunya tarmac with a MotoGP bike was a tough ask for Tech3 KTM Factory Racing rookies Remy Gardner and Raul Fernandez. The Australian was ahead of his teammate in 20th as the Spaniard searched for an exhilarating feeling and was 24th. 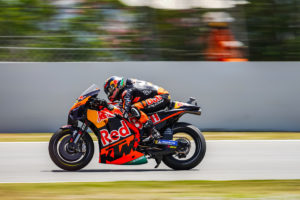 Brad Binder: “A hard day today. I made some mistakes, and we had two crashes that I didn’t expect at all, so we need to do something tomorrow to give me a bit of margin. I made life hard for myself, and I’m disappointed about that. The bike is working well, I cannot complain, and the speed is also there, but I need something to keep that front stuck to the ground, and we’ll be away.”

Miguel Oliveira: “Qualifying was a bit better. It was frustrating to try and work out why we cannot be more competitive so far, but it is certainly associated with the low grip here. It is easy to over-ride the bike. The track is quite interesting, but it’s a hard one. We’ll look for tomorrow, work out what tires will be the right ones for us and do the best we can.” 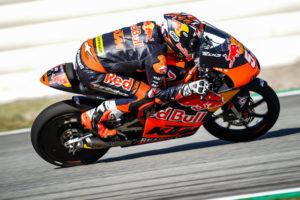 Remy Gardner: “I had a better day than expected today. It was unfortunate that I could not do more fast laps because I ended up struggling after two laps on the front tire. I was considering the laps I did today. I would have been able to grab a few positions as we took some positive steps from yesterday. We have been working on improving the areas where I have been struggling, mainly braking. We are trying many different things to get the most out of the package we have.”

Raul Fernandez: “We had difficult conditions this afternoon for the qualifying session, so I will say that it was not easy at all. I went in with new tires, but I did not have enough time to warm it up to do a good enough lap. It is a great shame because that means I will start from the back of the grid. We will do our best tomorrow for the race in front of the Spanish fans.” 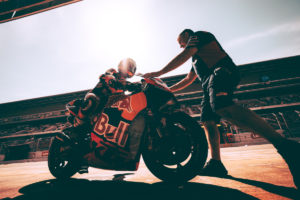 On Saturday afternoon, Dennis Foggia captured Moto3 Pole Position, but the complete KTM RC4, ridden by Red Bull KTM Tech3’s Deniz Öncü, was just a tenth of a second away in 2nd position.

The Turk will start the Grand Prix from the front row for the third time in the last five rounds. There were three other KTMs in the top ten, while Red Bull KTM Ajo’s Jaume Masia was less than one second from Foggia’s best lap but will begin the race from 14th.

Daniel Holgado, one of many native riders with experience of the Circuit de Barcelona – Catalunya from formative championships leading into Moto3, had set a swift pace from Friday’s Free Practice and was a second behind the Pole time in 17th. Adrian Fernandez will settle on the eighth row with 24th.

Red Bull KTM Ajo’s Augusto Fernandez was half a second from Moto2 Pole sitter Celestino Vietti in the intermediate class. The Spaniard qualified in 8th and was four places ahead of teammate Pedro Acosta. Both Acosta and Fernandez have won Grands Prix so far this season, and the team will try to claim their third Moto2 victory of the campaign tomorrow afternoon.