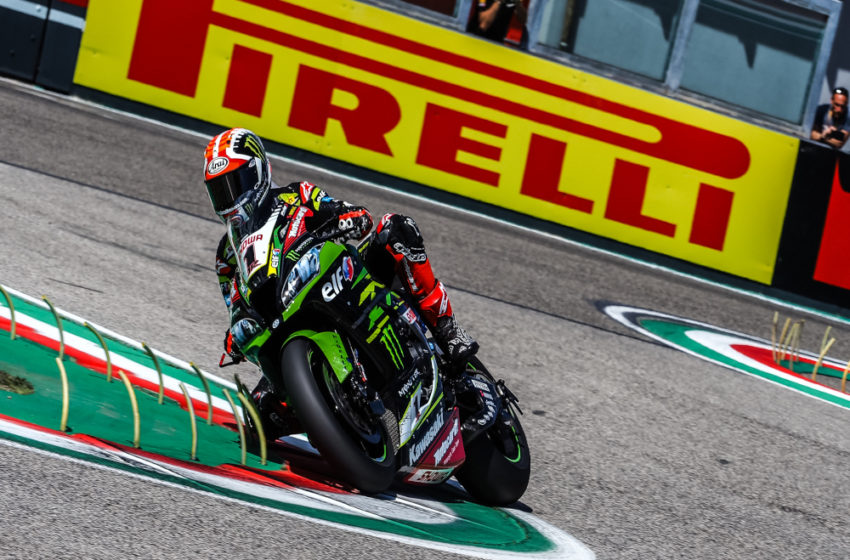 Kawasaki Racing Team WorldSBK had some good news as Rea comes back with bang on Imola while Ducati and Bautista who was giving nightmares to Rea and Kawasaki Team during last few races stood fourth.

Followed by Chaz Davies (ARUBA.IT Racing – Ducati) and the BMW of Tom Sykes, to make it to top three positions.

Nobody was able to get past Rea and challenge as he was poised through the entire race with winning attitude.However Leon Haslam, was unable to improve his time and dropped in the line to seventh position.

While on the other hand Ducati was still strong with Chaz Davies on the second position.

Below are top 6 positions