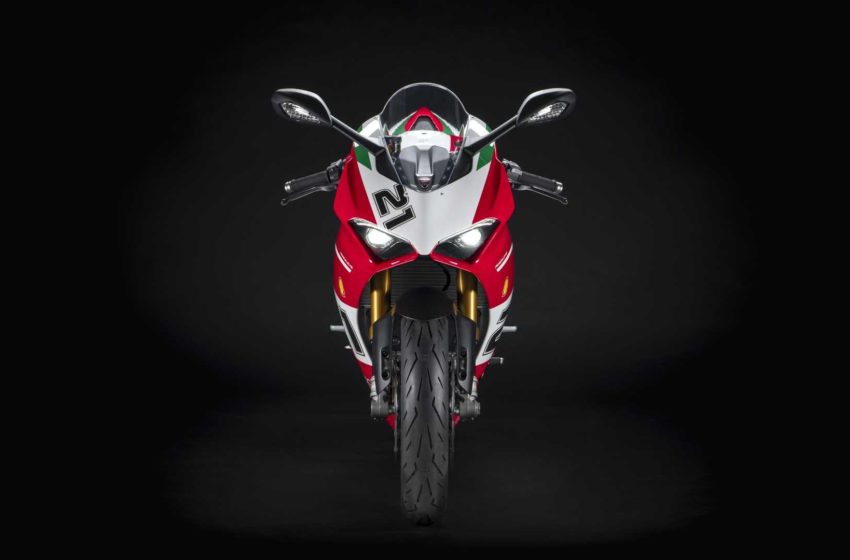 Everyone that follows the motorcycle industry knows that Ducati is doing a phenomenal job. And it seems that the rest of the world has taken notice, too.

And now they have just released its official 2021 sales report, and things are looking great for the company. Which is currently enjoying a solid wave of popularity thanks to its revamped motorcycle lineup.

Ducati made a giant leap into the future by releasing new bikes. Such as the Monster and Multistrada V4, which are now beating expectations.

They achieved all the results despite the difficulties faced in the supply crisis. And components shortage, on which Ducati is continuously working with the support of the VW Group.

Claudio Domenicali, Ducati CEO: “It is difficult to comment on the financial results without considering the ongoing conflict in Ukraine. I hope that the hostilities will end as soon as possible.With a cessation of violence and a return to diplomacy to resolve disputes. We come from an already particularly complex year. During which, like all players in the production industry, we have faced difficulties related to the ongoing supply crisis.

However, thanks to great flexibility and constant dialogue with our partners and the trade union. At Ducati, we could satisfy a record number of passionate customers while also achieving excellent numbers on financial performance.

These achievements result from a team effort involving every employee working at Ducati in Borgo Panigale, in the subsidiaries and the dealerships worldwide. And a select group of high-quality suppliers. I want to thank all of them for their passion and commitment and all the Ducatisti who have trusted us by choosing our bikes.”

Henning Jens, Ducati CFO: “Commenting on 2021 results these days is impossible without talking about the current war in Ukraine. Which might have a significant impact on more than just the European economy, including all kinds of disruptions in the supply chain and on markets. Above all business-related considerations. This conflict represents an unbearable human catastrophe at our doorstep. And we support all international efforts to find a way back to peace in this region.

Regarding the 2021 financial performance, despite the very challenging situation, Ducati closed the year with a record result in terms of revenue and operating profit. Fully recovering the pre-pandemic profitability level. In light of the significant external disruptions of the Supply Chain and Production areas, this is a remarkable achievement for the Ducati Group.

Furthermore, cash generation remains strong, thanks to the improved financial performance and Net Working Capital optimization. Based on this solid financial position. We will intensify our investments in our growth plan. Which will be entirely self-financed. It includes further expanding our product portfolio to tap into new customer segments and our worldwide retail network.”

Last year, Ducati opened 84 new dealerships in critical locations to further strengthen its presence in the world. Contributing to the extension of a global sales network that now counts 790 dealers in over 90 countries.

The excellent working conditions, the enhancement of the increasingly heterogeneous and inclusive environment. And the efficient, innovative working organizational model that Ducati offers to its workforce granted the manufacturer the Top Employer Italy certification for eight consecutive times.

In Qatar, Ducati retakes part in the MotoGP World Championship started on March 6th. Building on the second consecutive victory of the MotoGP Constructors’ World Title earned in 2020 and 2021. Ducati will also participate in the Superbike World Championship, which will begin in April.

At the end of 2021, Ducati announced the beginning of its electric era.

Following its habits of using racing competition as a laboratory for technologies that become a reality for all motorcyclists. The company enters the world of electric bikes starting from the electric class of the MotoGP World Championship. From the 2023 season, Ducati will be the sole supplier of the bikes for the FIM Enel MotoE™ World Cup.

With the unveiling of the Model Year for 2022, Ducati has introduced the DesertX, making its entry into the new segment of mid-range enduro motorcycles. At the same time, with the 2022 update. The Panigale V4 becomes the closest vehicle to a MotoGP bike ever built, as evidence of how the brand can widen its horizons without losing its roots and its sporting identity.

For future years, the company is investing in an ambitious growth path to broaden its range even further. Constantly complying with its core values of Style, Sophistication, Performance and Trust. The goal is to offer to its passionate customer’s products. And experiences that are increasingly representative of a unique mix of beauty, technology and performance combined with unmistakable Italian style.