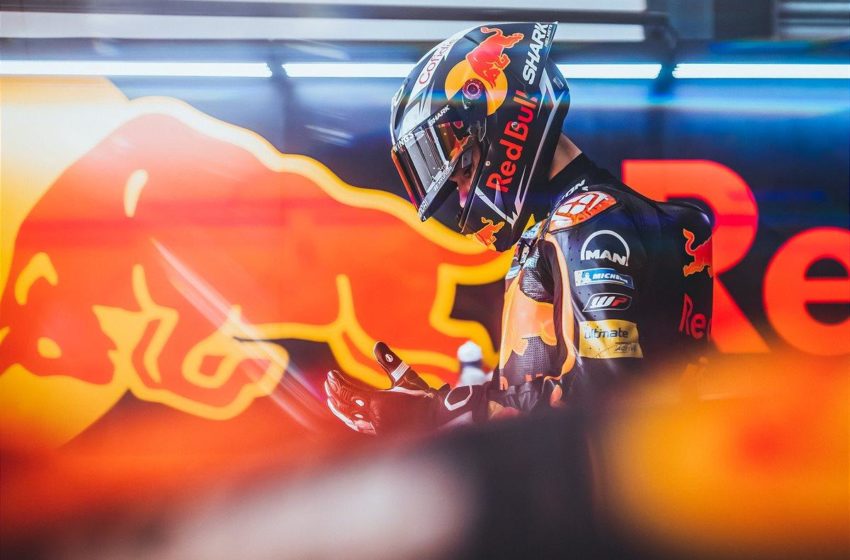 The Tissot Grand Prix of Doha represents the second round of 2021 MotoGP.

And for the second event in seven days at a blustery Losail International Circuit Red Bull KTM MotoGP 2021 Factory Racing’s, Miguel Oliveira was once more KTM’s top qualifier at the fast, floodlit venue.

KTM’s two teams and four riders regrouped and tackled the tricky Losail asphalt for the second time in a week. 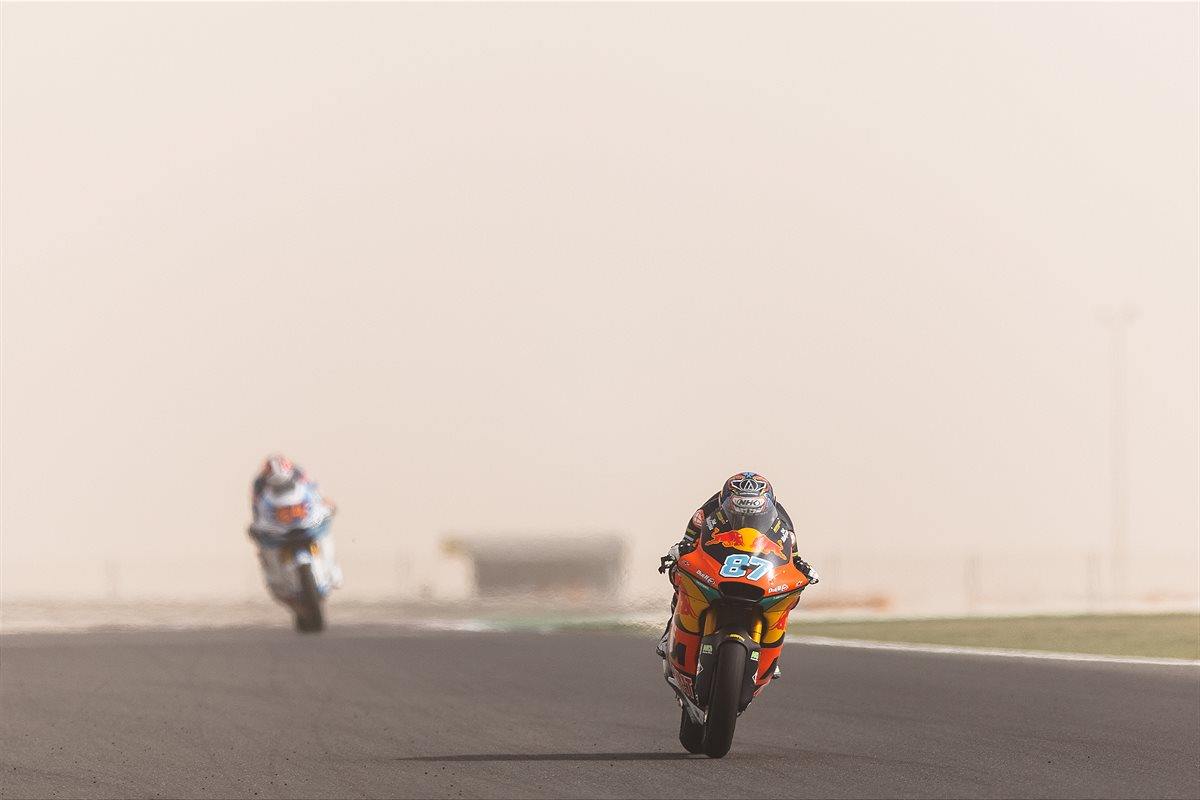 And the last stint at the flat and flowing track a short distance outside of the Qatari capital city.

The timetable’s awkward nature for Qatar’ double’ sees half of the four Free Practice sessions. Taking place in hot, late afternoon temperatures and the other two outings in a calmer, more humid climate. 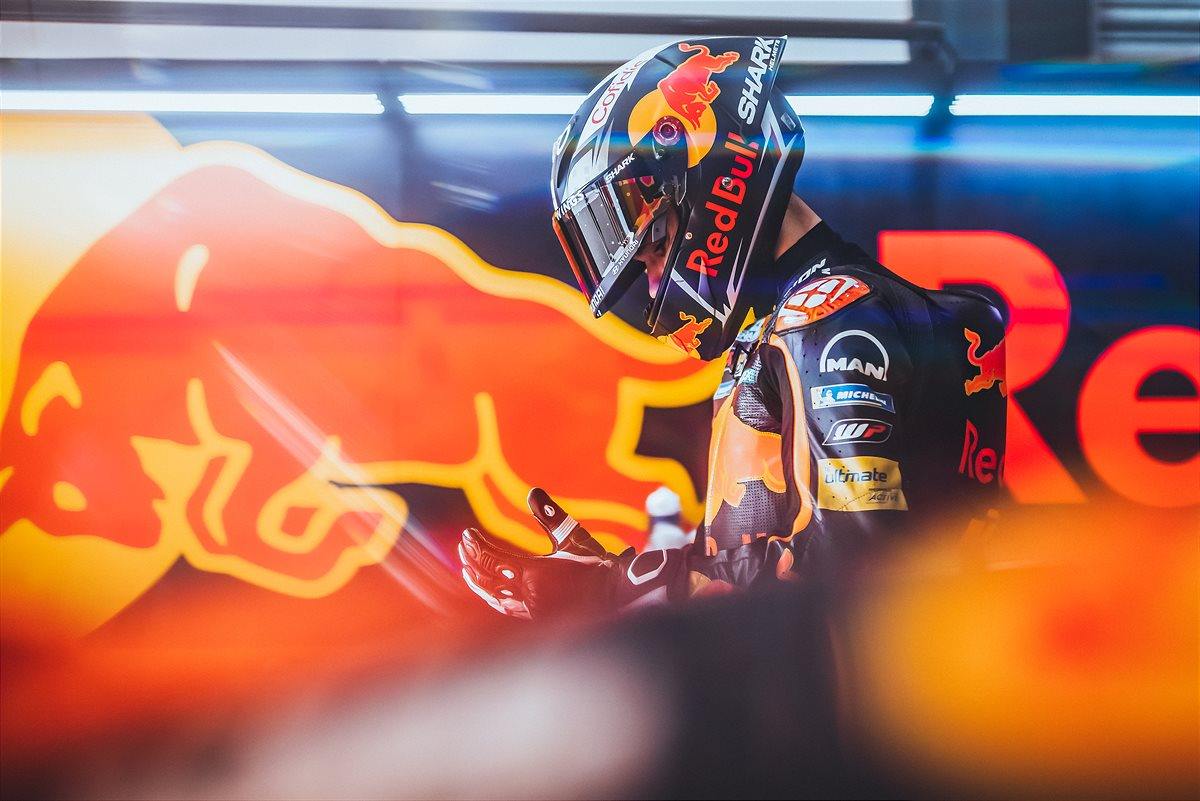 Adding frequent gusty winds and an abrasive track surface and perfecting set-up and tire choice can be complicated.

After Friday, both Oliveira and Danilo Petrucci were much closer to the direct Q2 cut.

Sitting just half a second from the provisional pole position. On Saturday, Oliveira was the first and sole RC16 racer to emerge from the frantic Q1 chase.

The Portuguese was second fastest with his last lap effort and entered the dash for the starting grid’s first section. 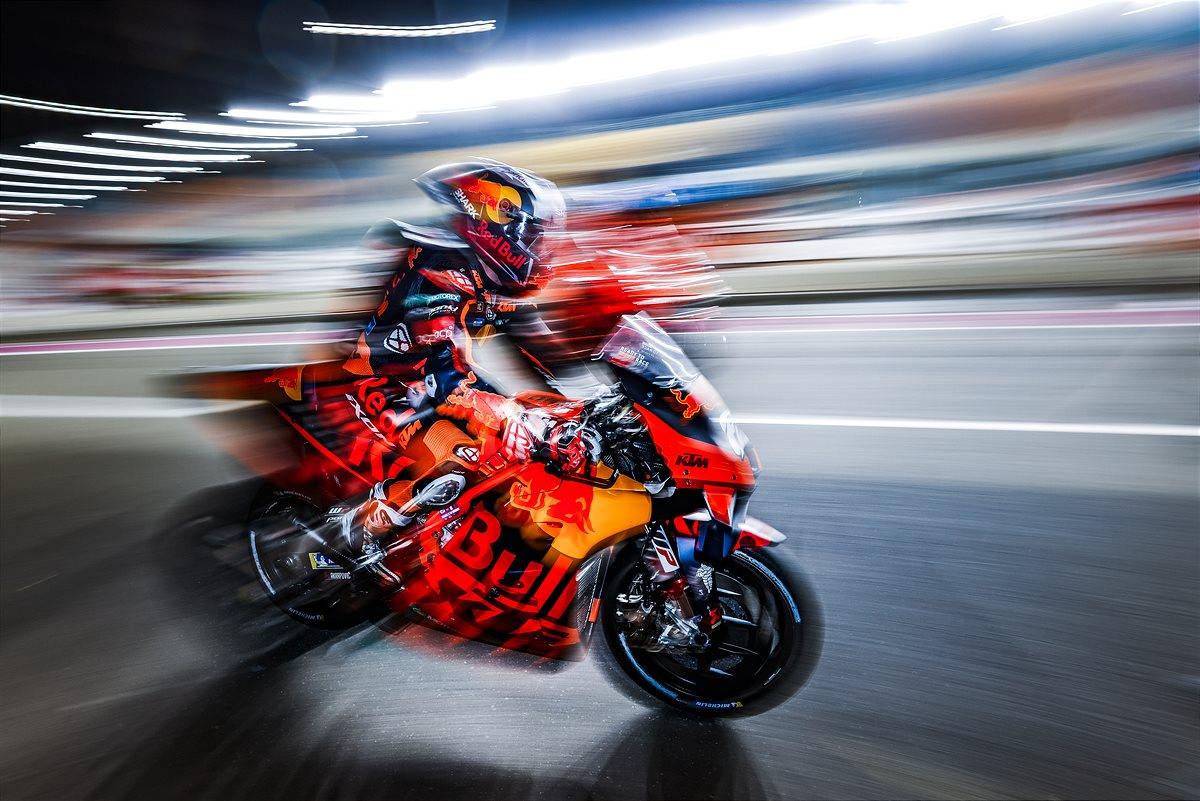 He tried to lower his time further but encountered a tire issue and finally accepted 12th for the last slot on the fourth row.

Petrucci ended the evening on the 17th while Brad Binder was in the 18th and Iker Lecuona on the 20th.

Miguel Oliveira: “I’m happy we made it through to Q2, but today the track was not in the best condition for us, and we struggled to find optimum grip.

It was tough to repeat Friday’s lap-time. When I went through to Q2, I tried a different configuration on my second bike, which was not ideal, and on top of that. 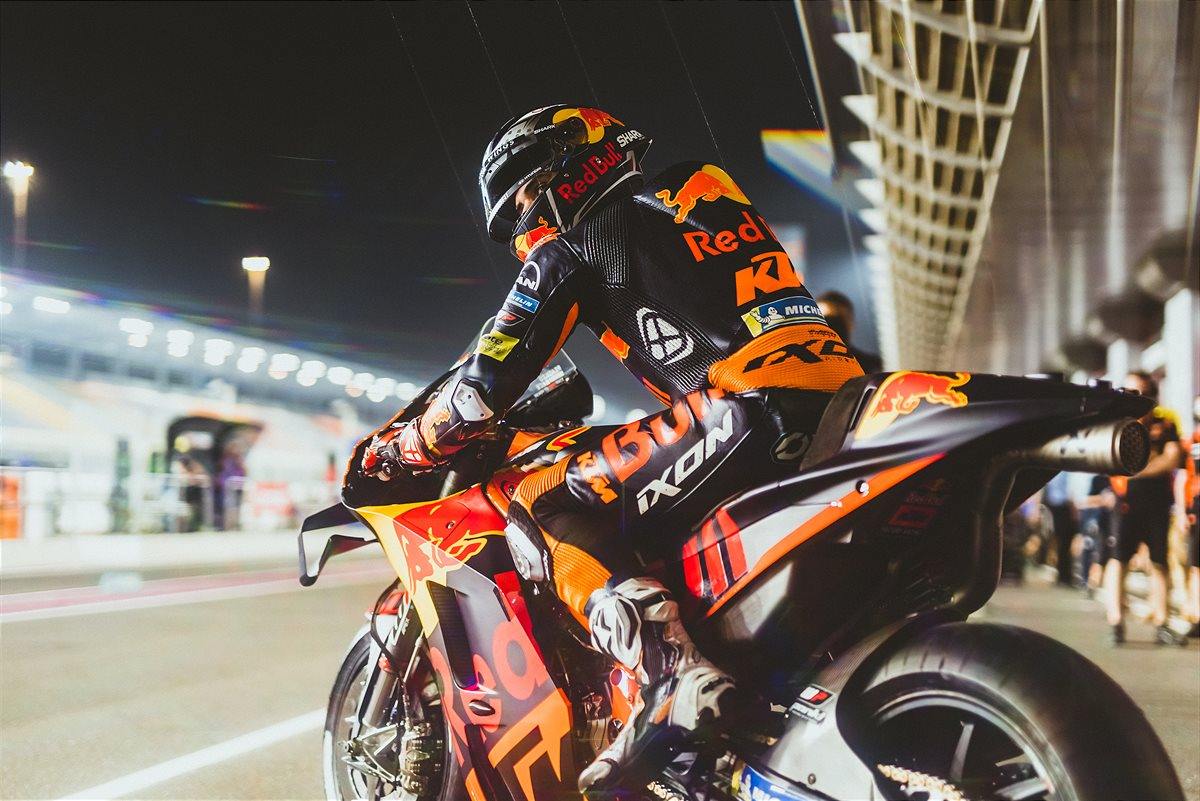 I had a front tire that gave me vibration on the right side. So, it was a slightly better qualifying but let’s see what happens tomorrow. We need to get at the front as quick as we can and then see what we can manage apart from that.”

Brad Binder: “Not exactly the Saturday we had planned. I wanted to get through to Q2, but it was a difficult day with many different elements: a lot of wind and much dust on the track.

We tried a few things this morning that seemed quite positive in the high wind situation, but it seemed a bit more difficult to push for a lap-time in calmer conditions.

Tomorrow is our last chance to leave Qatar with a good feeling, so we’re going to go for it.” 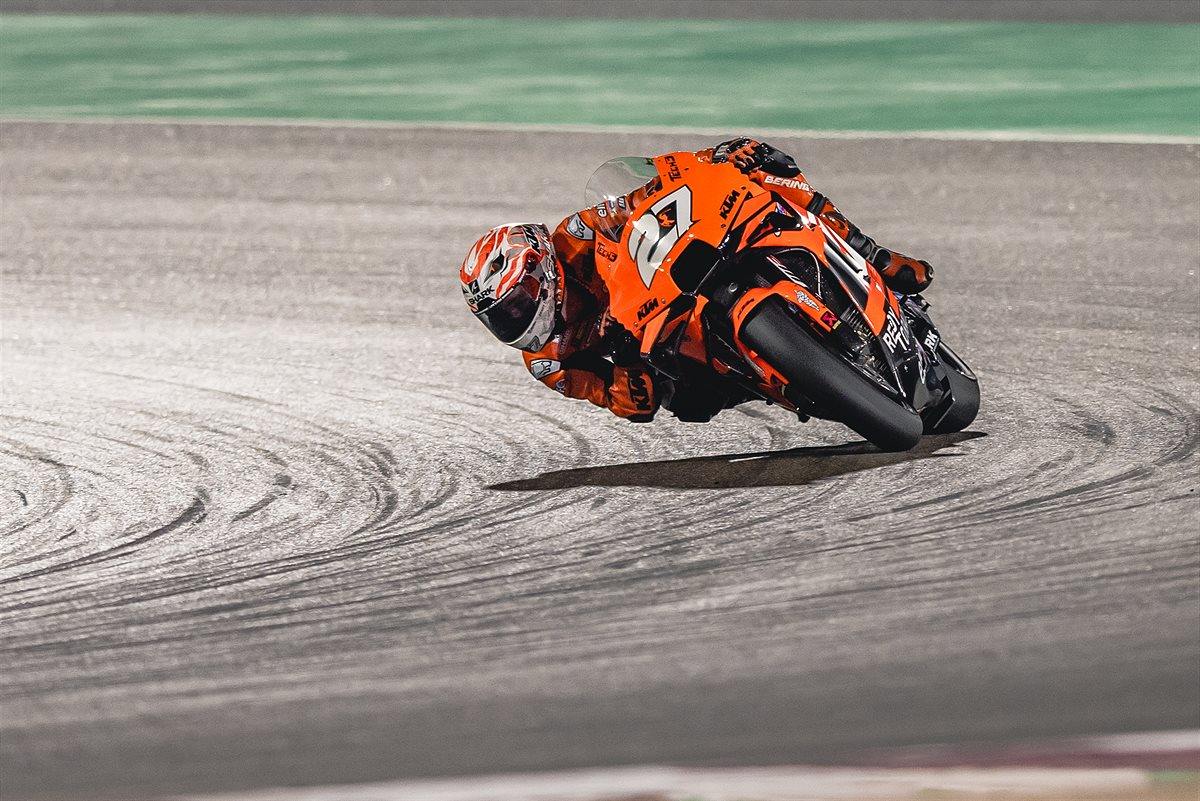 Danilo Petrucci: “Overall, I’m happy about my sensations on the bike. We improved a bit, but we are still not where we want to be. We found some small refinements today, although I think our potential is high.

I could have been faster on my single lap, but I was completely alone and with this wind, it was not easy. Still, I’m happy about the progress.” 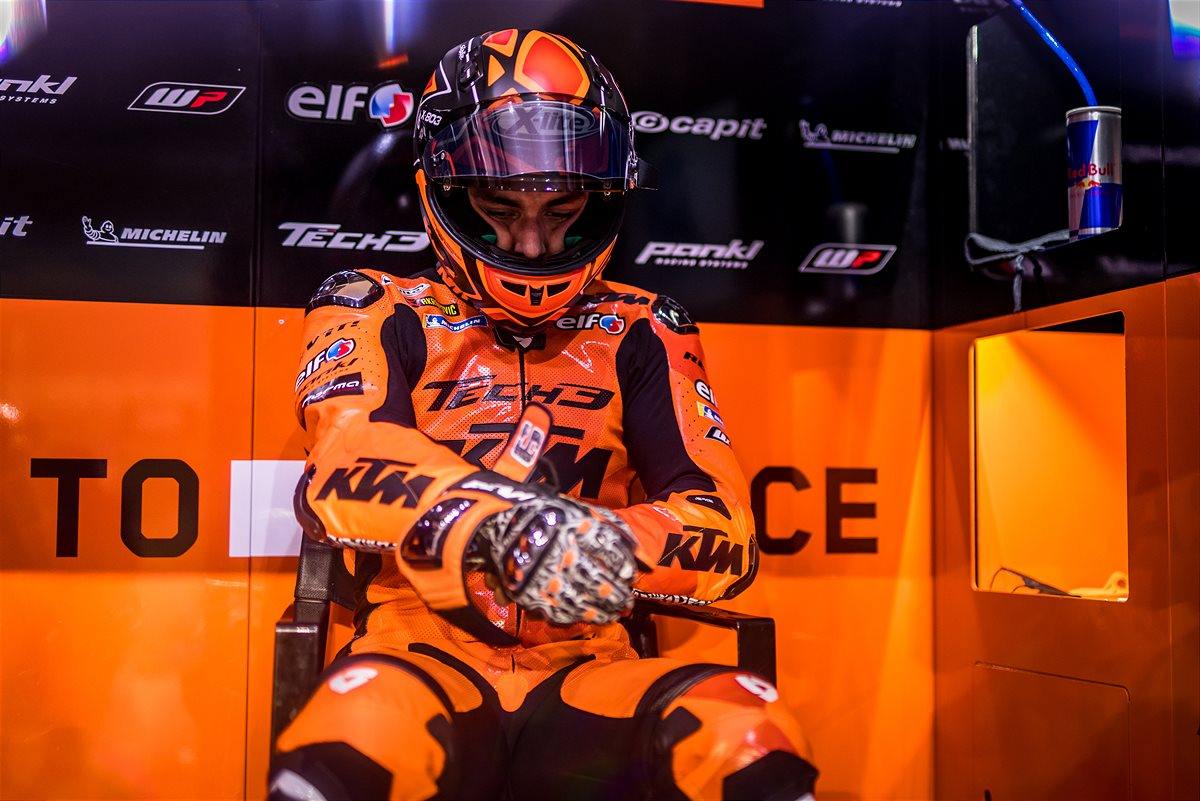 Iker Lecuona: “I have to admit that I’m not satisfied. We are pretty far back on the grid again, although we improved one position, and above all, my feeling with the bike is way better and our pace compared to last week.

Regarding all these factors, I expect to have a good race tomorrow, and I know that I can fight for the points. So, I’ll try my best when the red lights go off for round two.”

Jaume Masia continued his electric pace at Losail. The winner of the Grand Prix of Qatar last Sunday went on to seal his first Moto3 Pole Position for the Red Bull KTM Ajo team (and their first accolade since Raul Fernandez rode to Pole in Portugal for the final round of 2020) on his KTM RC4 by less than a hundredth of a second from Sergio Garcia.

Like the other classes, the Moto3 riders had to deal with strong winds and a dirty track, but Masia could head the field.

Teammate Pedro Acosta was the next best KTM in 9th place but will start the race from the pitlane; the rookie was one of seven riders to be penalized for ‘slow riding’ in Friday’s Free Practice 2.

Jaume Masia: “Tough conditions today, and I rode easy early on because I didn’t want to take any risks. We had the pace, and we have to continue in this line and hope for another good race here tomorrow.”

In Moto2 Red Bull KTM, Ajo’s Raul Fernandez posted a lap-time to remain at the top of Free Practice on Friday and Saturday sessions. When it came to the crucial Q2 run, the Spanish rookie was in extreme form to seal a final ranking of 4th but was not as quick as teammate Remy Gardner.

The Australian was 2nd and just a tenth of a second from Pole on Sunday evening. He will begin the 20-lap race from the middle of the front row.