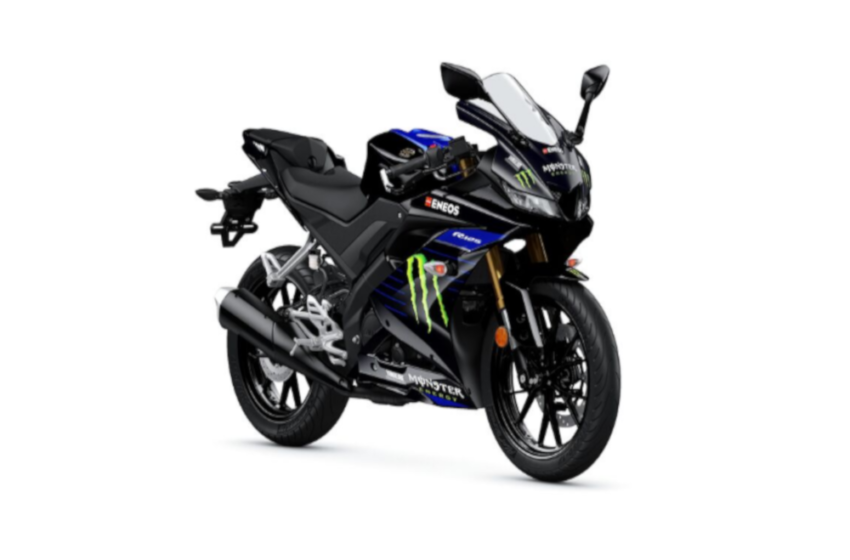 Yamaha’s YZR -M1 race bike has not only inspired many including ” Doctor Rossi ” but has also inspired its younger siblings in the past and now it has inspired YZF-R125 with its special edition Monster Energy Yamaha MotoGP that not only looks rad but has been upgraded with some healthy features.

Priced at £4,699.00 in Europe this looks  beautiful machine that Yamaha has brought in its lower displacement category.