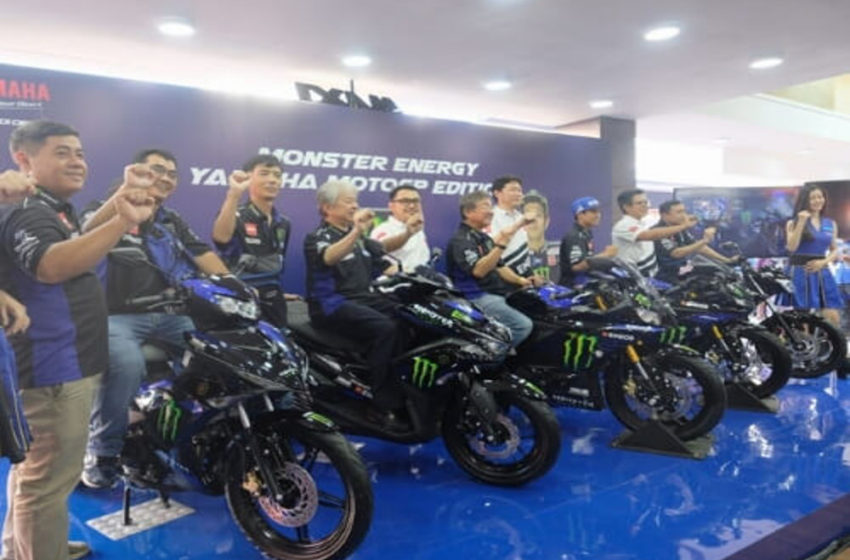 The five motors include 3 variants of the sport models, YZF-R25, YZF-R15 and All New Vixion, then 1 variant of Maxi Yamaha namely Aerox 155 VVA, and the last of the Duck variants is the MX-King 150.

In that moment, Yamaha Indonesia also re-presented the YZR-M1 motorbike owned by the legendary Yamaha racer who has become a world champion nine times, Valentino Rossi.

Yamaha Indonesia is optimistic, the presence of Monster Energy Yamaha MotoGP Edition will receive a tremendous response in the community, given the high interest of the Indonesian people towards the MotoGP race.

“As you know, every year we have a MotoGP edition for our chosen sport models. Our consumers are always happy and proud of that limited edition. And today, we want to launch the latest 2019 series, ‘Monster Energy Yamaha MotoGP Edition’.

We believe our consumers will be more happy and proud to have it, “said Minoru Morimoto, President Director & CEO of PT Yamaha Indonesia Motor Mfg.