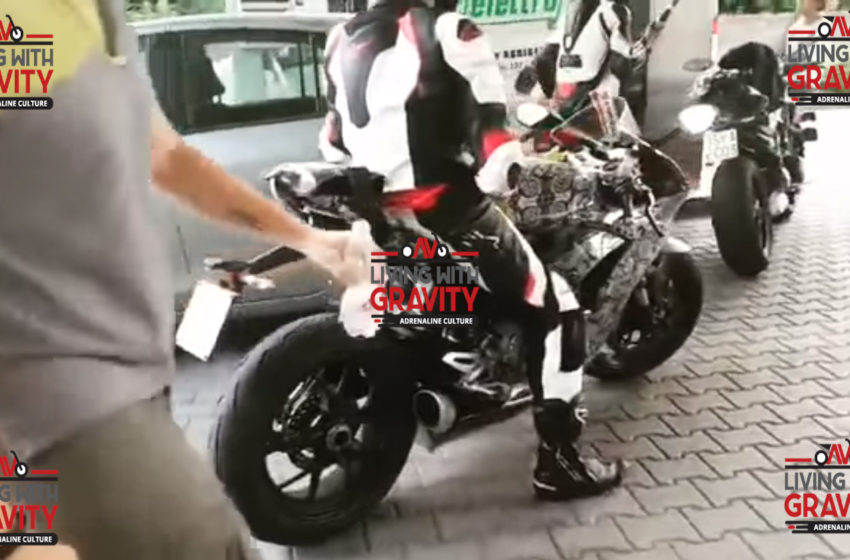 The exhaust is an under muffler, but it’s a little out and looks different. But it is Street Fighter V4. It is almost similar to Panigale V4. This one has a winglet.

It looks the same as a spy shot before Facebook and a suspension or front fender, but it has a winglet. Is the winglet an option? Or an advanced version? Mystery. That’s why there is a possibility that a winglet will be attached to the commercial version. There is a vehicle number here.

Before for V2 AcidMoto had questioned Ducati CEO, Claudio Domenicali and he said that it costs much to come up with V4 architecture.

But then if Panigale V2 is not the stripped version of Panigale V4 the question arises here is what is this version?