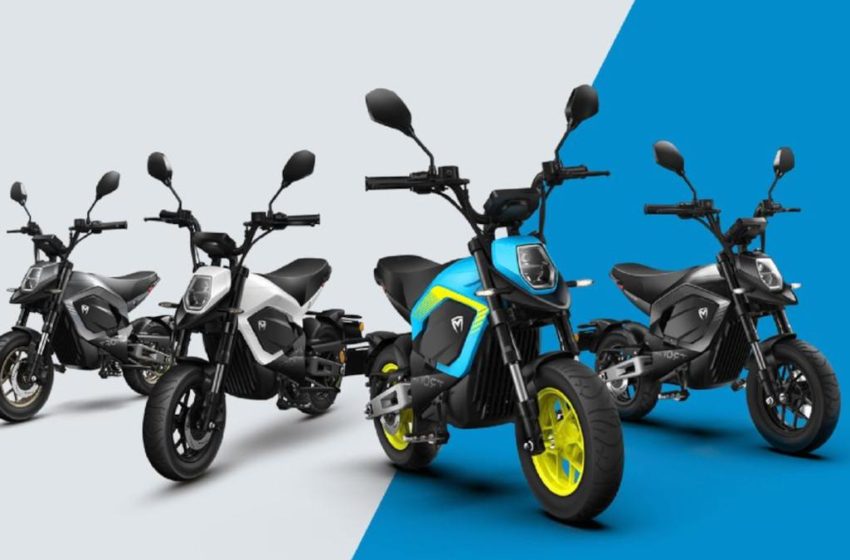 Tromox based in China has unveiled its new electric mini bike ‘Mino’ which resembles electric scooter but isn’t.

The Mino comes made in China, and the battery comes housed in the beefy midsection of Mino which also has electric drive. The rear looks sharp and slender.

The Mino has a 1.2kW and 2.5 kW as peak power electric motor which calibrates to 110 Nm of torque.

Tromox empowers Mino with a new generation of urban vehicle power system which generates premium performance for the bike. 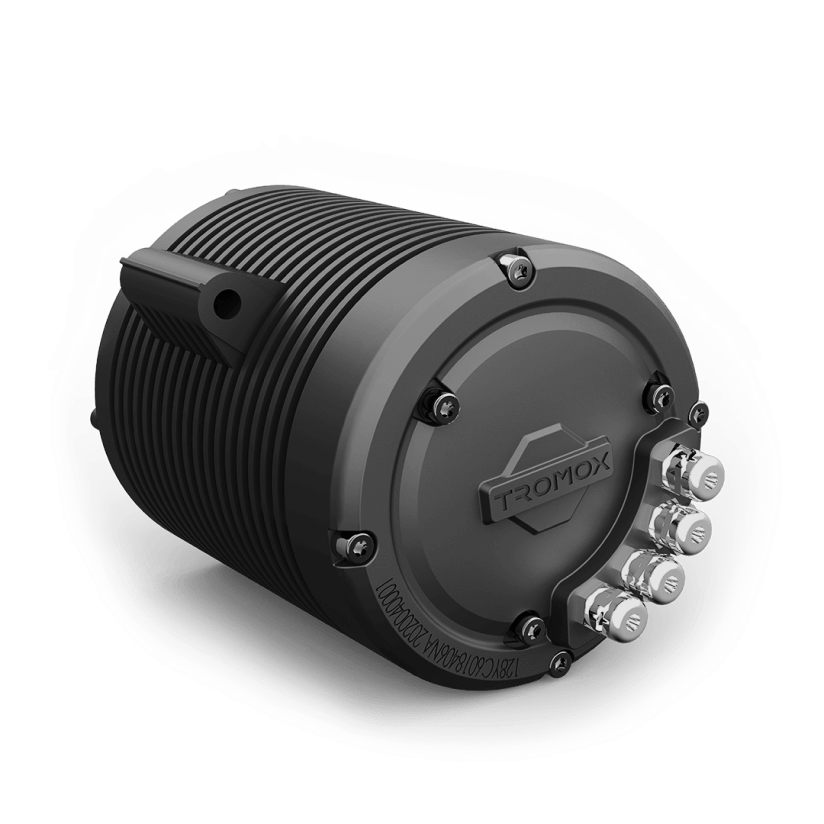 Besides brings the rider great fun during riding. It uses rugged magnetic steel ring, both chain and belt final drive to achieve the maximum torque when the bike is in low speed. 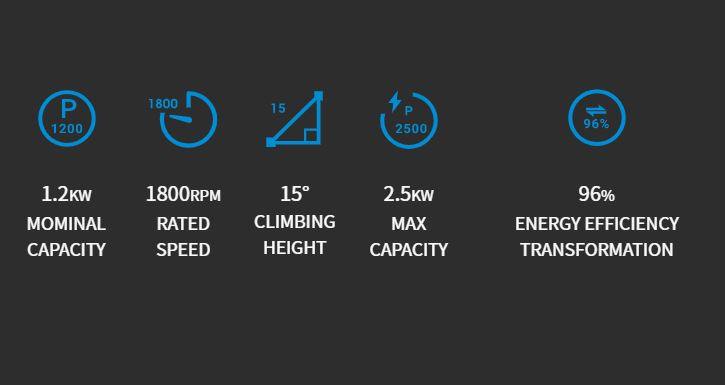 Not like the traditional hub motors, this new design brings more power to the bike and the riders can relax when they need to ride the hill or slope.

The battery weighs 9kg only(60V 20Ah) and has a compact design to carry it easily. 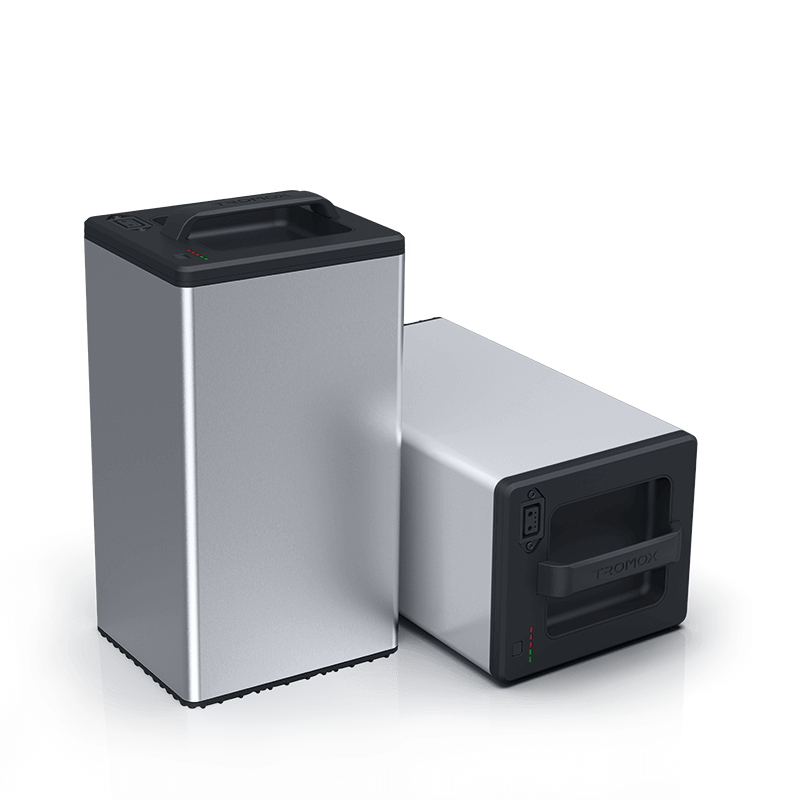 To timely learn the battery status and plan future trips for users, the battery data comes synchronized to the Tromox App, which happens via cloud transmission.

Automotive-standard 18650 high-density cell battery assures your riding in the city without worries.

After 600 cycles of charge and discharge, the performance of the battery remains above 80%.

The Intelligent Central Control System consists of Tromox App, VCU, more than 20 sensors over all the vehicle and Tromox cloud, which makes Mino a real intelligent vehicle, just like a smartphone. 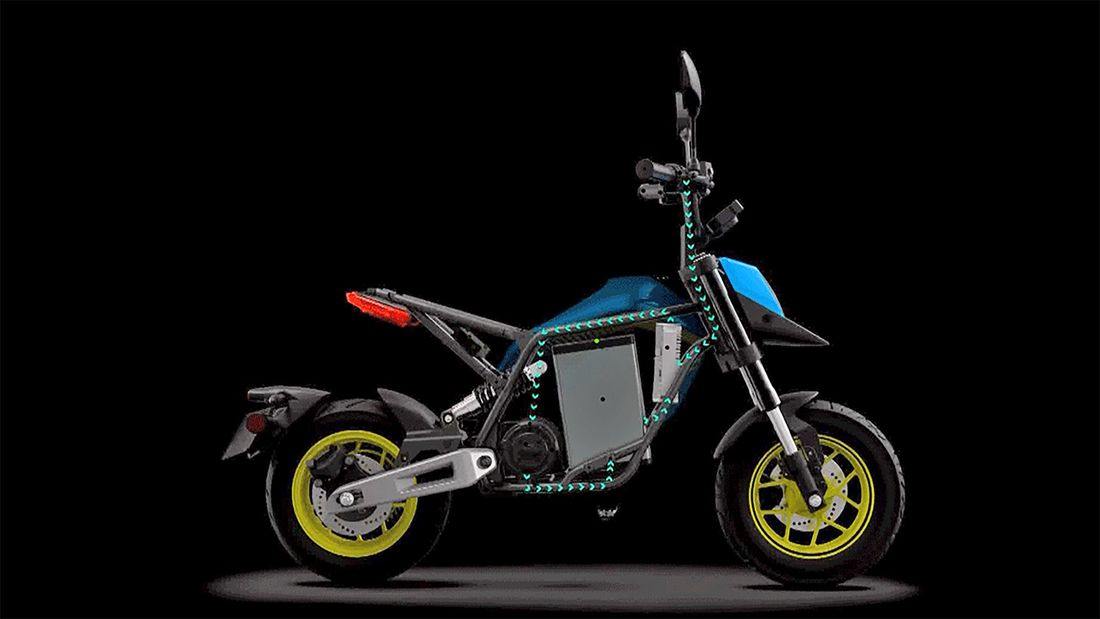 With the high-precision control program, the potential performance of the motor system comes stimulated, and the whole vehicle power system comes comprehensively upgraded.

With Tromox App, you can view detailed conditions of battery and figures of your motorcycle in general. 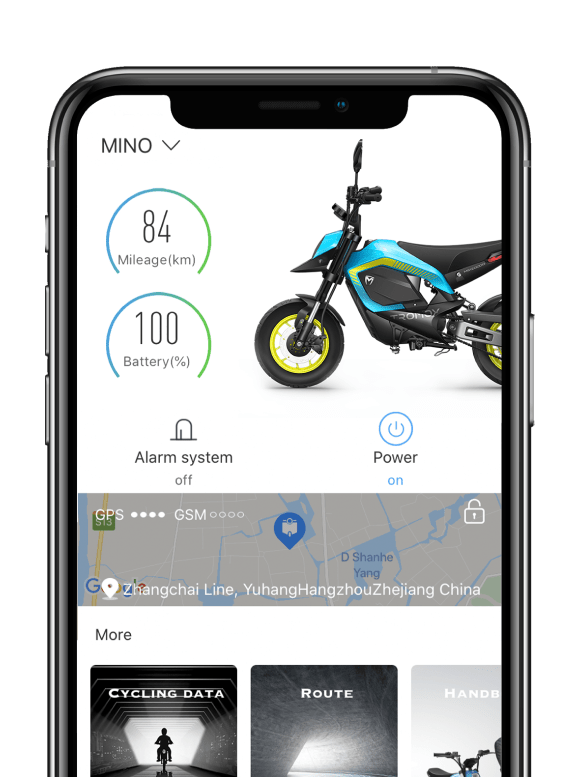 IP65 waterproof and dustproof construction assures the dash is always in operation instead of getting affected by weather conditions.

Speed can be regulated and linearly optimized by the switch button on the handlebar. By changing the drive mode, the rider can immediately feel the difference. 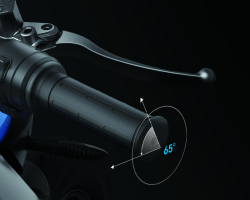 Handlebar makes it easier to ride.

Mino’s handlebar has 65° handlebar angle, which is comfortable to the wrist, it makes you feel comfortable every time you press and operate it. 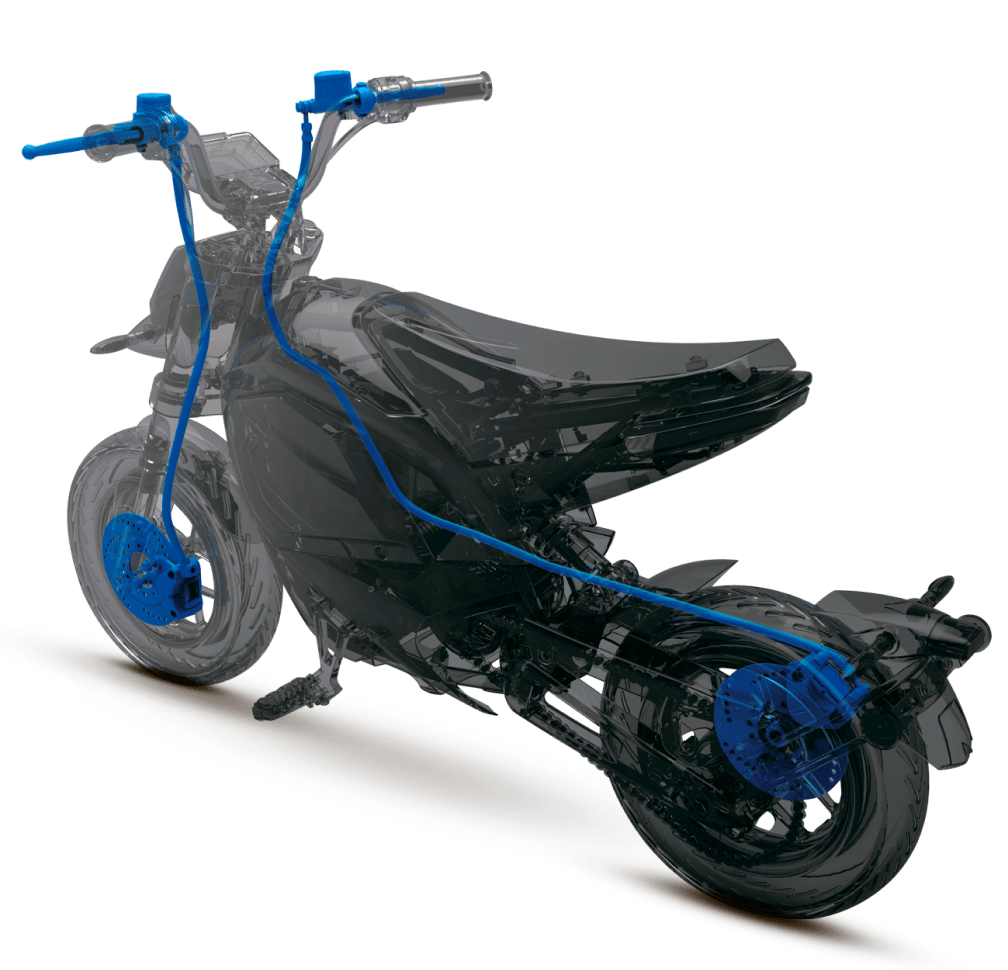 Compared to the floating callipers of the same specification, it dramatically improves the braking performance of the whole vehicle. 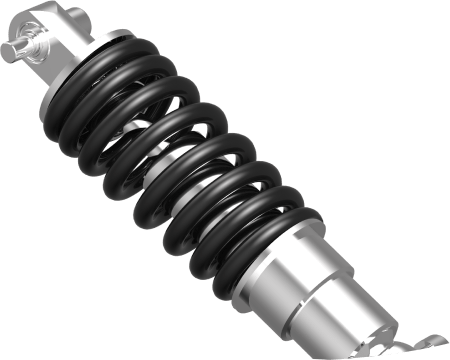 The design of the inverted hydraulic front shock absorber also assures the rider’s stable driving even on the bumpy road. 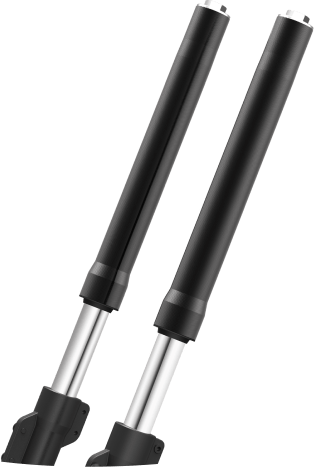 Mino uses a 360°lighting system to ensure your safety. The 270°semi-enclosed taillight and automatic indicator provide you full view during driving. 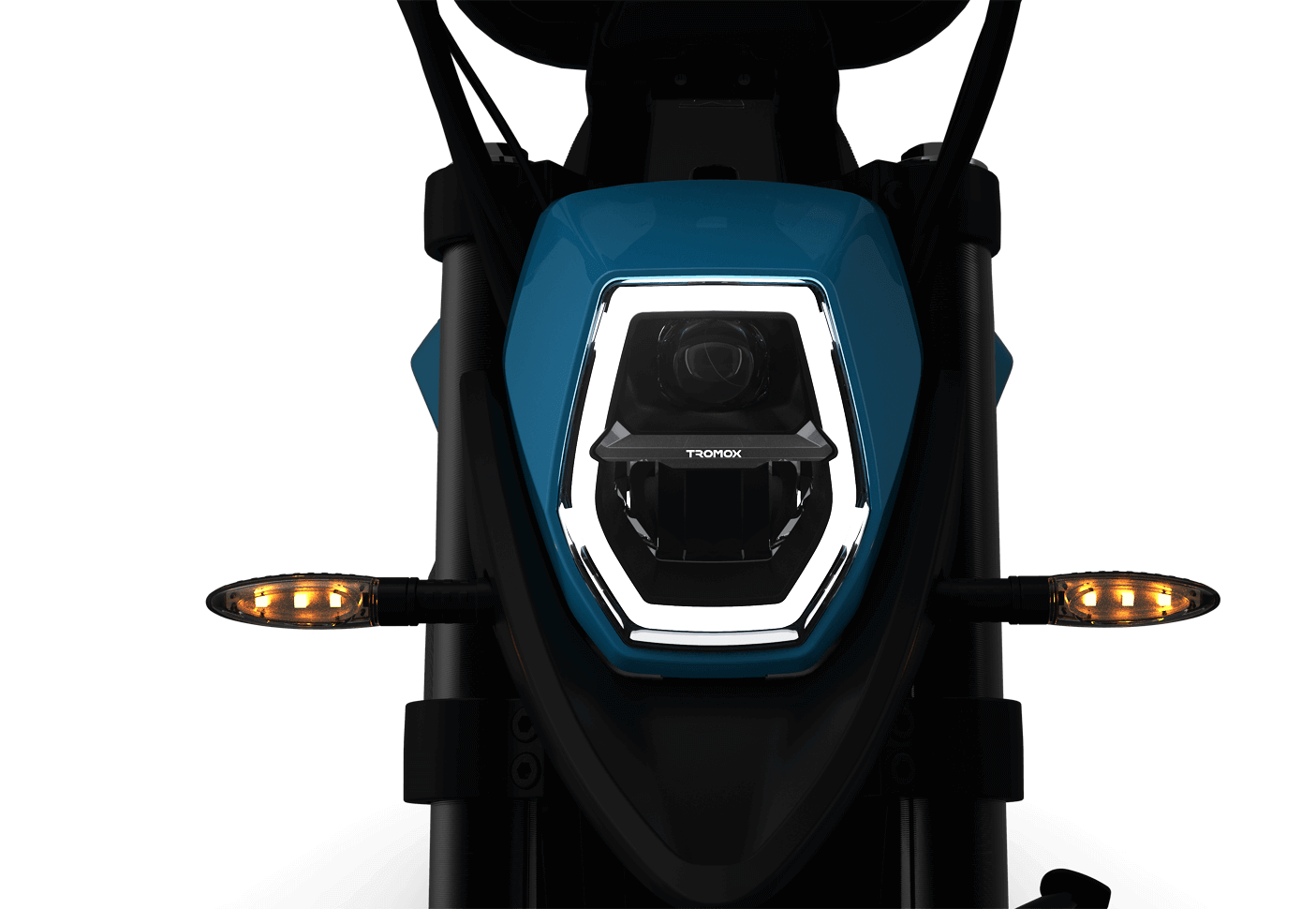 The front LED light and blinkers. 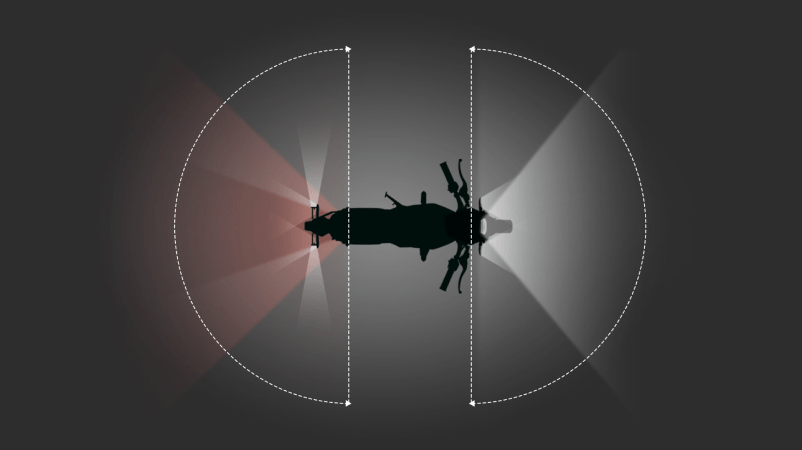 The image shows how lights on Mino provides the vision.

The wind can go through, but water can not penetrate, which creates better safety.

Heat dissipation is another cool feature. 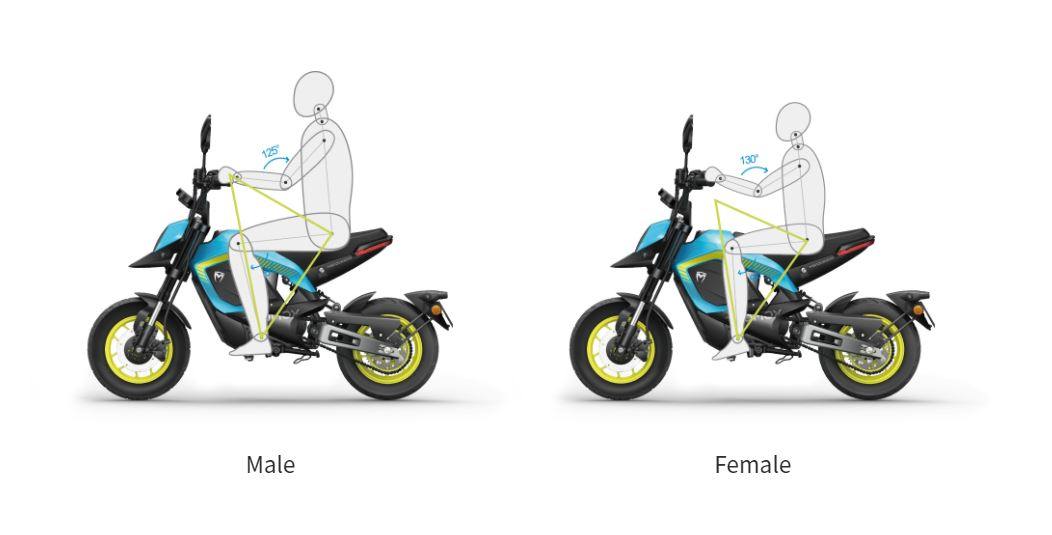 Enjoy the comfortable riding with a fantastic seat and posture.

The price is still under the wrap. However looking at the mini bike, it does look very enticing.