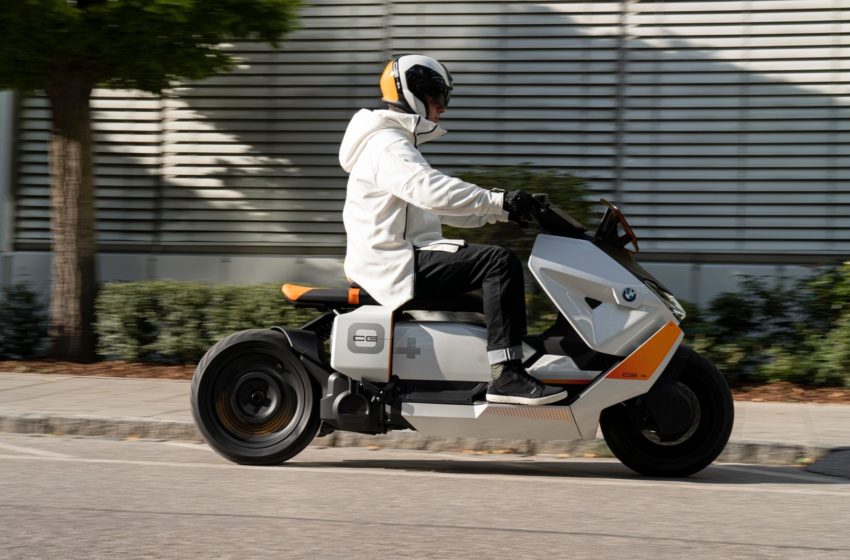 The BMW Group made a big push into the e-mobility segment by presenting its vision of electric mobility and electromobility in the form of a scooter concept vehicle: “CE 04”. The “Definition CE 04” stands for “City Electric”.

BMW plans to unveil this concept for the first time this summer. The announcement came on May 12th in their annual shareholder’s meeting. 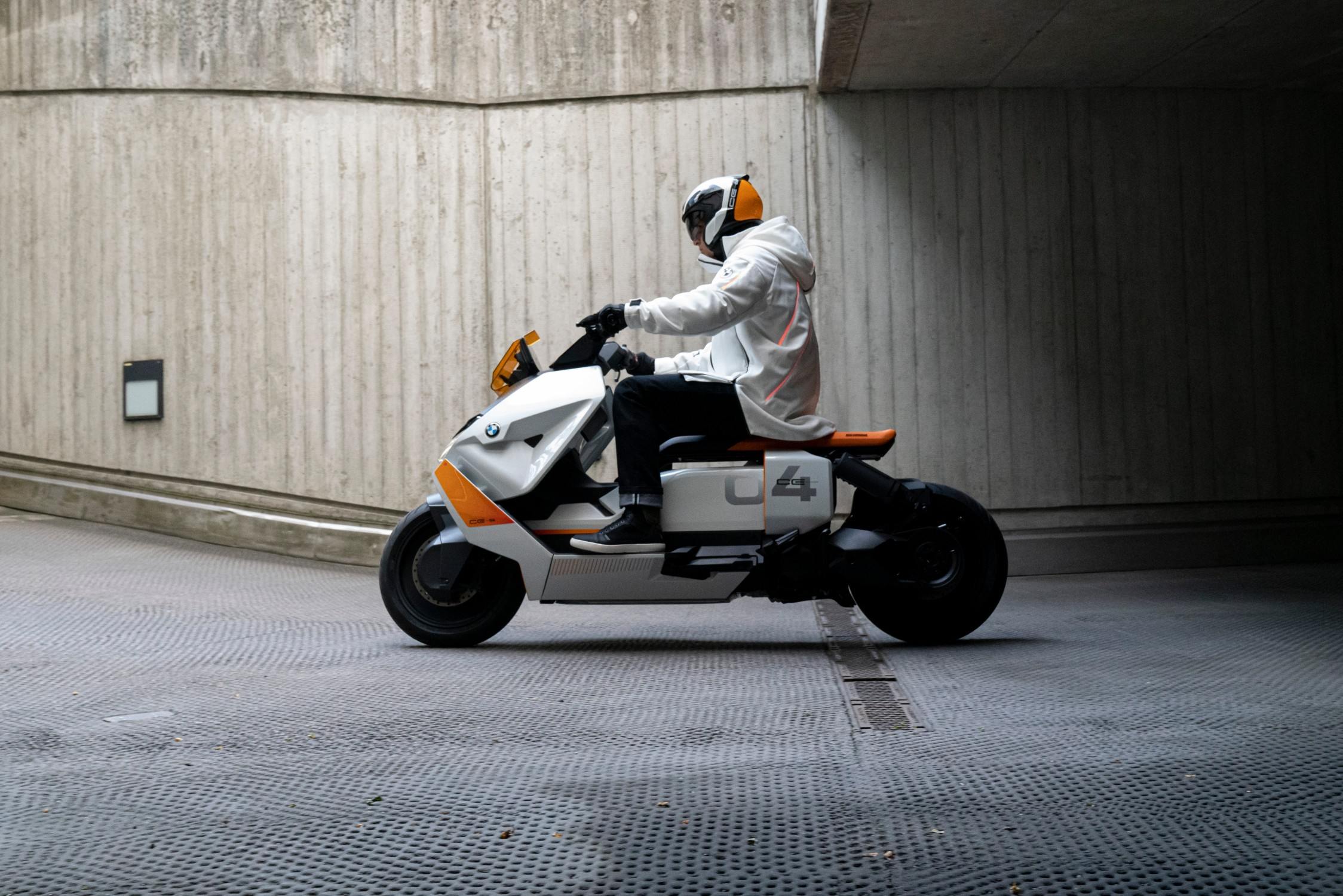 BMW Motorrad Definition CE04 is the new electric comes from the German giant.

If we push a rewind button, BMW did had something similar earlier, and it is “Link”, if you remember?

Based on similar lines, BMW Motorrad has brought CE04. The technical specs of CE04 are still under the veils.

However, BMW Motorrad aims to showcase its capabilities for electric scooters and how they are moving in the same direction. 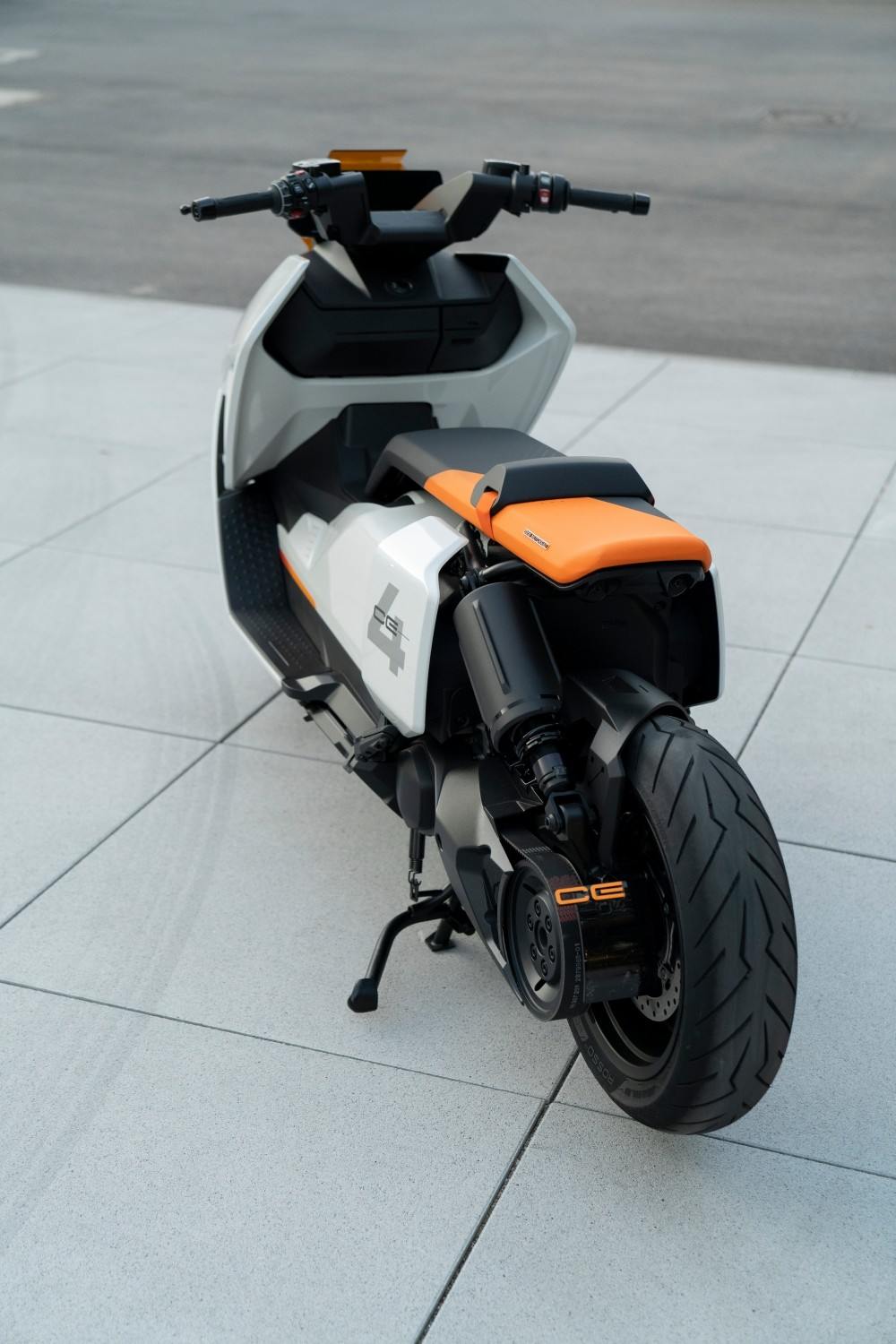 However, the CE04 is more like a production model, which BMW Motorrad may plan to bring it on the road shortly.

The radical CE04 design has made it feasible to place the batteries underbody with a massive compartment on one side. Where can store a helmet?

The use of two colours further enhances this: beneath the modern surface finish in Mineral White metallic. A matt black area forms the core of the vehicle, the technical heart. 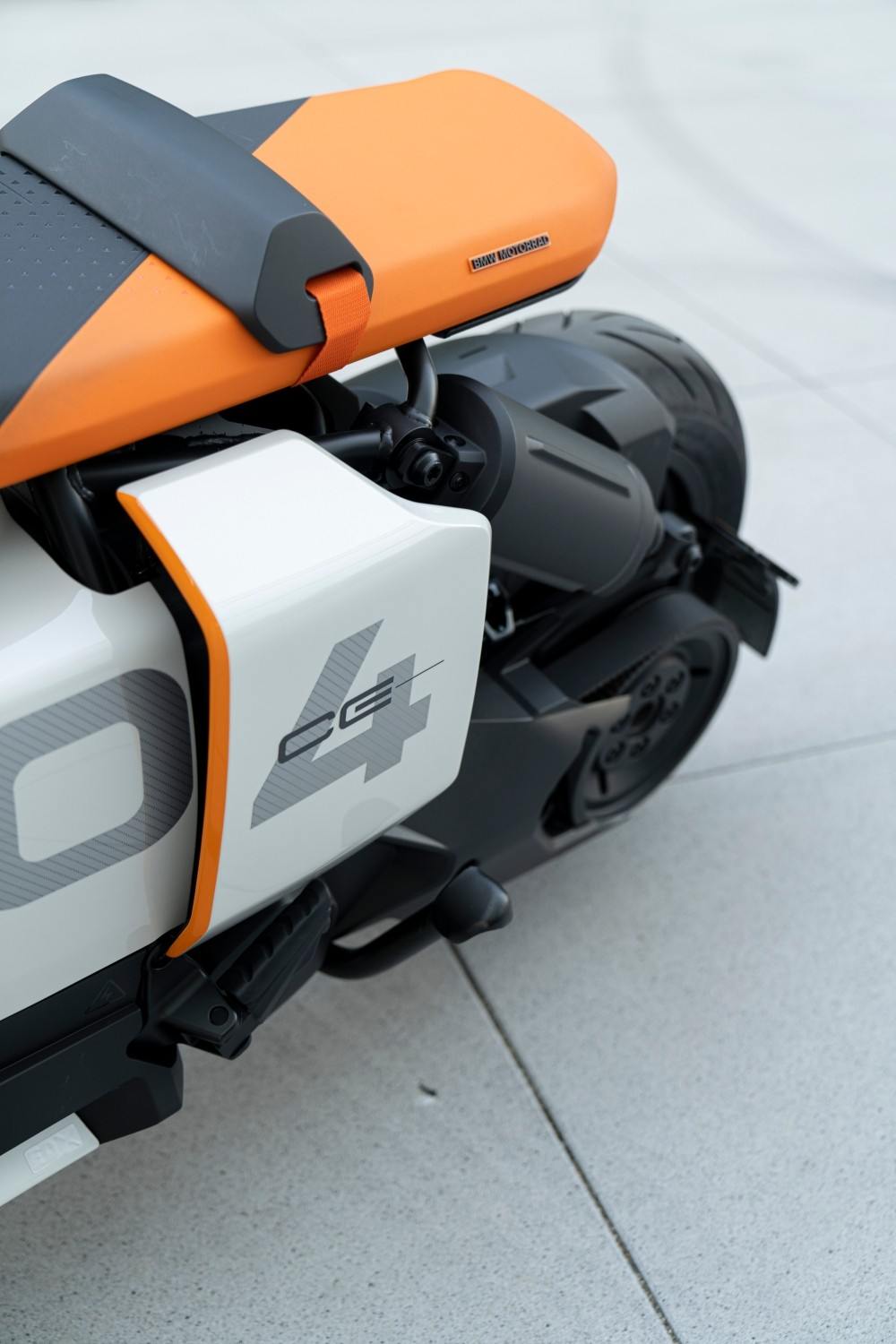 It stretches from front to rear and, in addition to the tyres and front lights, also integrating the drive unit and the suspension elements.

The BMW Motorrad Definition CE 04 deliberately stages the bike’s technology as part of the design. That is why the side panels don’t completely cover the vehicle’s side section at the rear.

Instead, they stretch across parts of the vehicle’s side like little wings allowing views of the drive unit, cooling ribs, single-sided swingarm, spring strut and tooth belt. 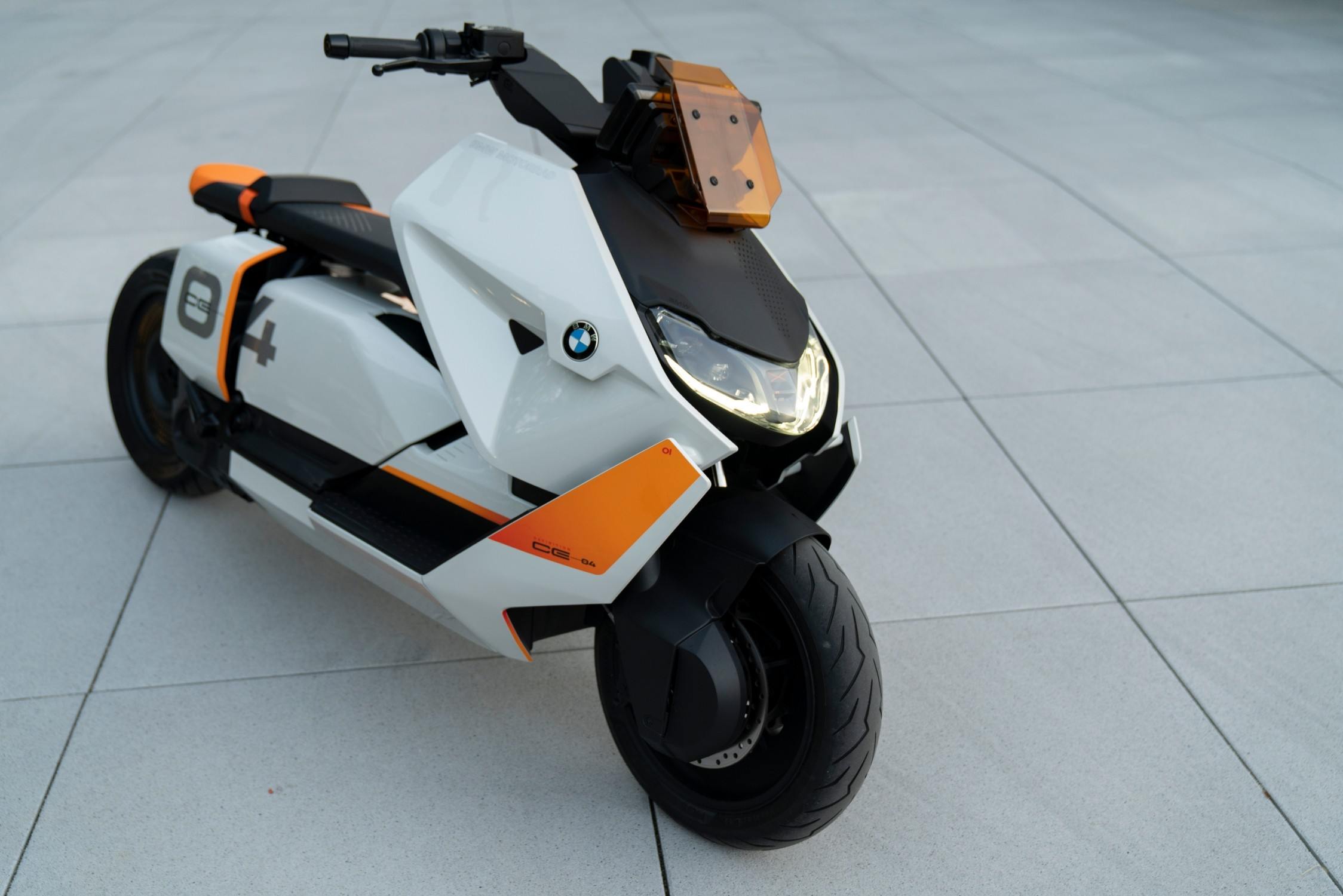 The BMW Motorrad Concept Link CE 04 was outlined by a simple question.

How can the brand identify itself more closely with urban mobility?. More will be announced at “IAA MOBILITY 2021” in Munich, Germany, in September. 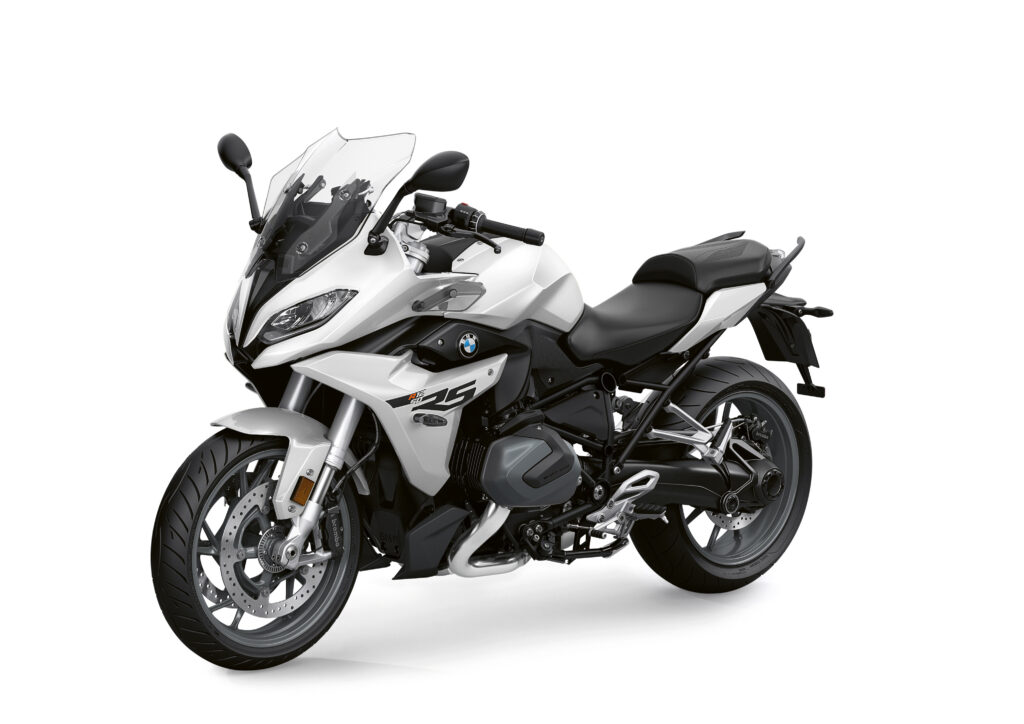 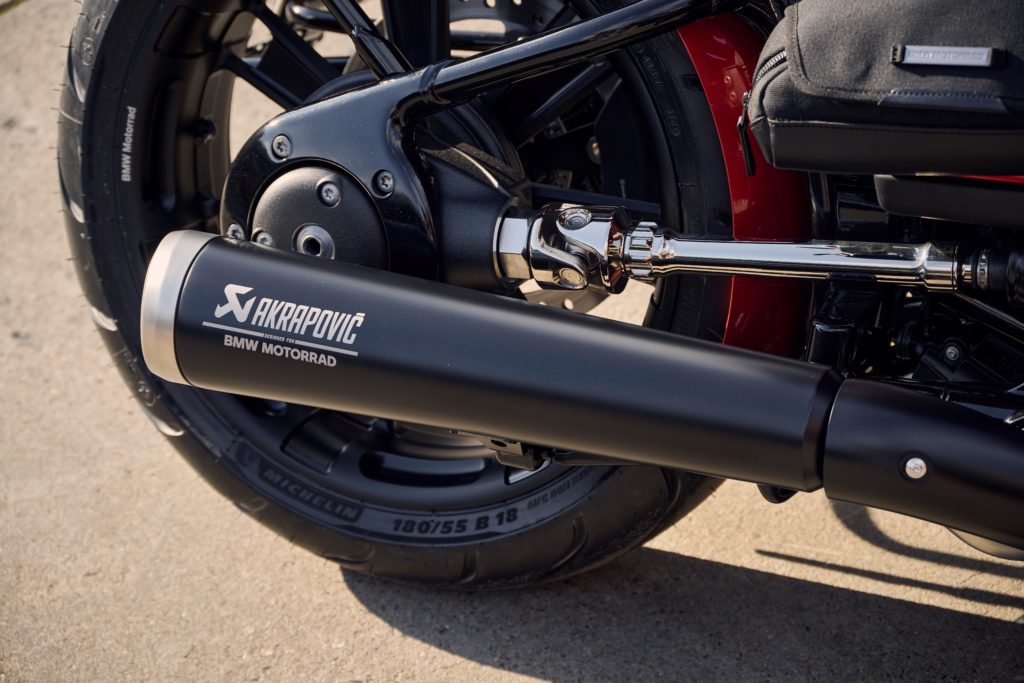