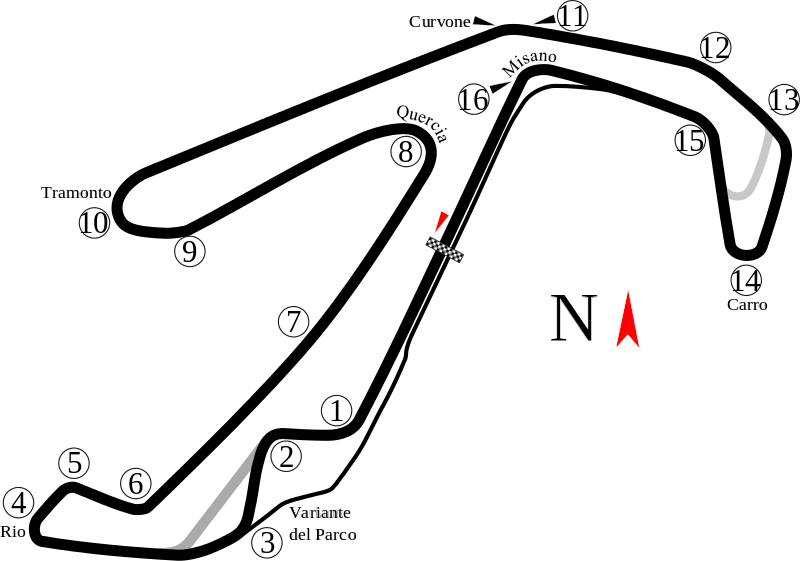 San Marino will await the thrill as Andrea Dovizioso of Ducati Team will be back in action as he suffered a crash during the Silverstone GP that resulted in his loss of memory for a while.

He was the main reason for Marquez’s loss in Austrian GP wherein he overtook Marquez at the last turn of the circuit giving Marquez no time to think.

Alex Rins of Team Suzuki Ecstar who took victory during the last lap of Silverstone and forced Marquez to take the second position also will be back in action.

Apart from Rins and Dovizioso, we cannot undermine Maverick Vinales and Valentino Rossi of Monster Energy Yamaha MotoGP who too who were in Top 5 in both Austrian and Silverstone GP.

It will also be a thrill to see how Cal Crutchlow of LCR Honda Castrol acts on San Marino as he stood third in German GP and fifth in Czech GP.

None of the manufacturers will undermine the circuit if it is Misano. The FP1 will be important to see how each rider behaves on the track and vice versa how the track supports both riders and their respective machines.

Dani Pedrosa test rider for Red Bull KTM Factory Racing would have also provided crucial inputs to KTM on the behavior of the track and now it will be good to see how Johann Zarco and Pol Espargaro takes these inputs.

At Misano, all eyes will be on Rossi, Marquez, and Dovizioso as all of them have won. We are excited to watch the San Marino, Misano GP that is scheduled on 15th September.