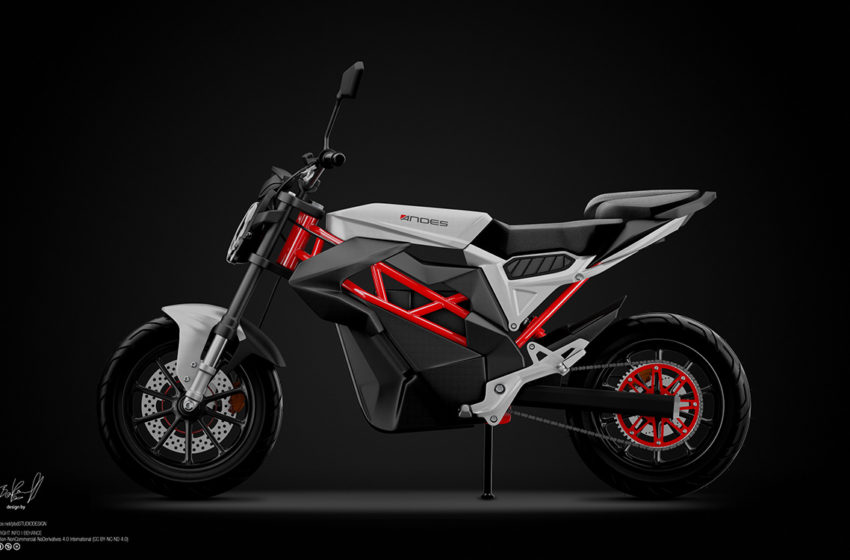 Pablo Baranoff Dorn is not new on the industrial designer scene. A few of his famous designs include the “WAYRA,” a rugged electric motorcycle as well concept Helmet.

Following the market ecology changes, batteries capacities, and allowed distances on electric energy. There were many factors that Pablo wanted to think and combine on an idea that is bold, aggressive, and unique.

Let’s see what Pablo has to say about his concept Helmet, “Freedom and Uniqueness brought me to have fun and to imagine two ways to ride during day and night.You can have it all if you wish for, but that is hard and mostly depends on the balance of the bike and the rider style “.

His latest creation is ” TRUVOR ” the electric motorcycle that weighs 75 kgs. He had build TRUVOR with the help of Denzel.

The Andes is his more latest creation ” This is the second time Pablo has worked with Alex Guliyans from Denzel. We believe the before this Pablo worked with Denzel on the Truvor assignment. The bike gets a modern and stylish look. The challenge for Pablo was to hide the electric battery, controller, cable, and to add the new fuel tank that had replaced the current.

Another challenge that Pablo faced was the timeline as it was short, but he made the best use of this time by putting more exceptional design elements in this concept.

Ideally, he had to build the design from scratch; it was not the usual project but a concept project that Pablo was requested.