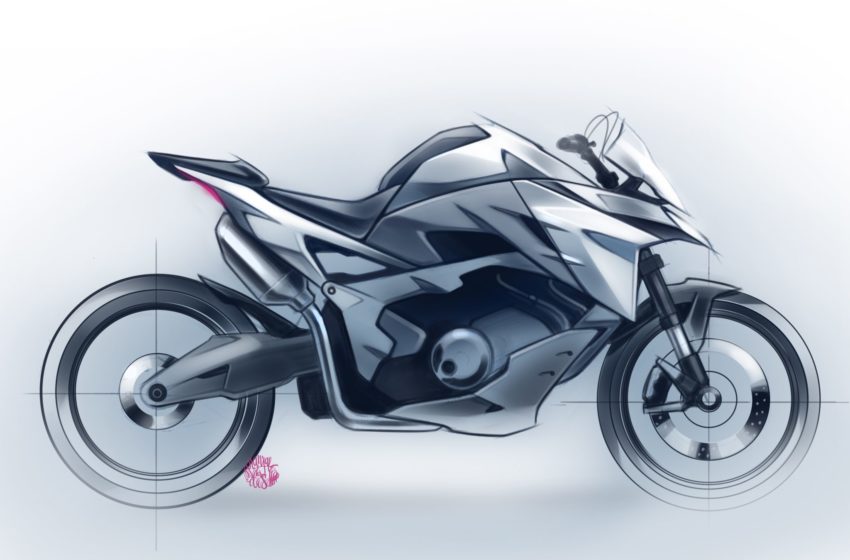 We take a look at the man behind the name brush_monkey.

His name is Pranjal Das. He is 25, a graduate of NID Ahmedabad, furniture design by discipline, and is always into motorcycles.

He started his professional career at Honda R&D, India. Worked for 2.5 years there as a two-wheeler designer and recently moved on to Royal Enfield as an Industrial Designer.

Besides designing, he loves riding motorcycles. He owns a small fleet that includes a Yamaha R3, a Triumph Street Triple 765, and a Ducati Panigale as a recent addition.

He did have an MV Agusta F3 for some time as well before the Panigale. Plus, he has started going to the track and is fond of my motorcycles. 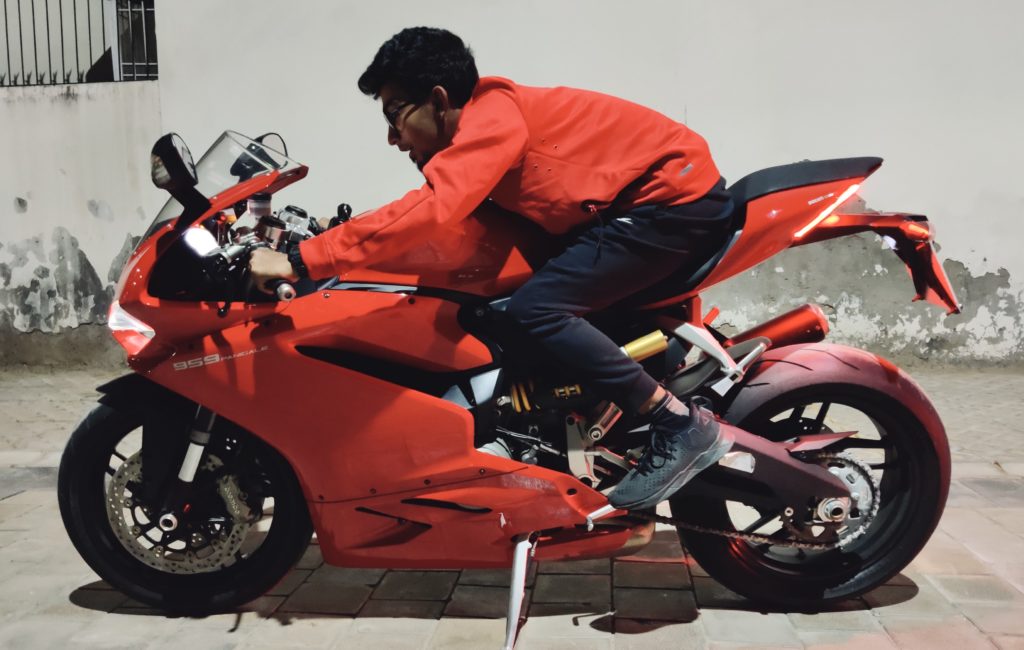 Pranjal Das on his Ducati Panigale 959

Let’s take a look at his job.

1. A concept idea about how a dual-sport motorcycle might turn out to be short.

The design theme is a fusion of futuristic elements and parts configuration on a contemporary layout. 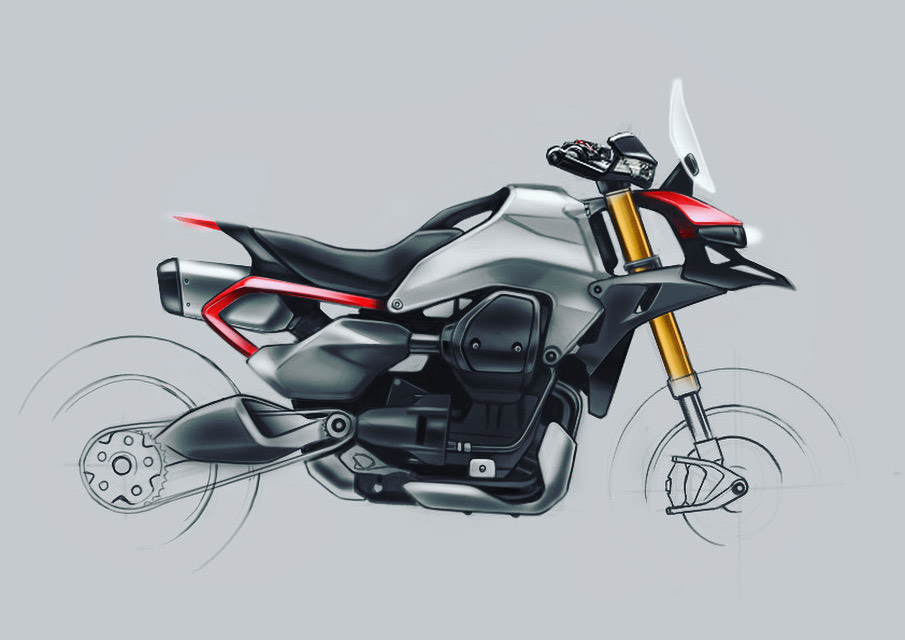 2-4. A lightweight adventure motorcycle theme project. The design theme was to make an athletic and sharp motorcycle that states elegance yet being rugged. 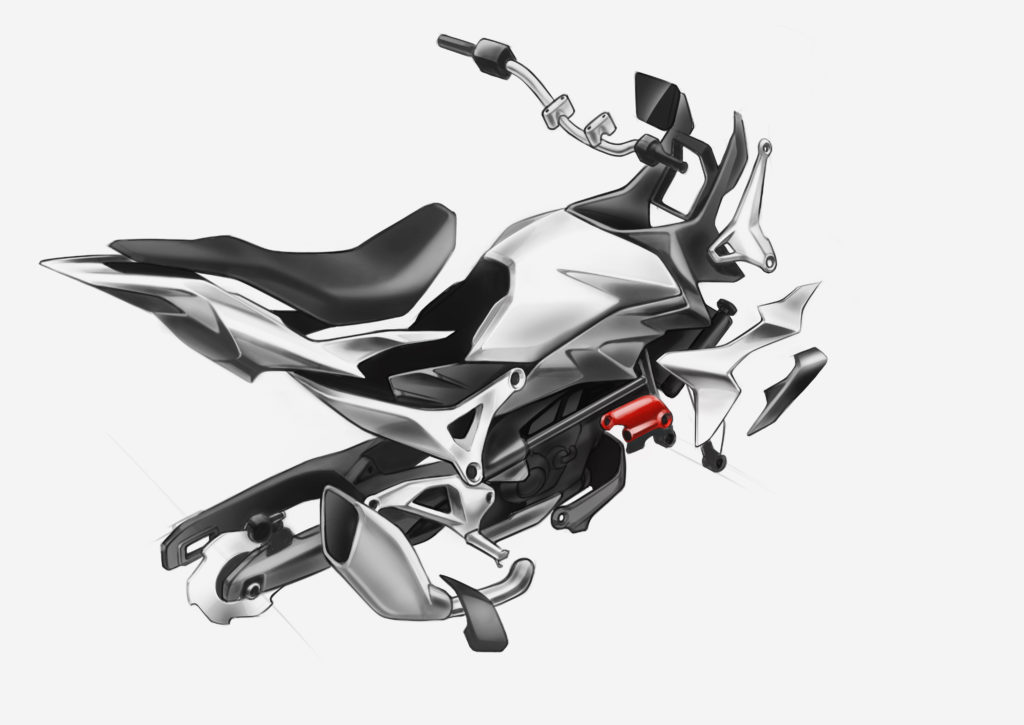 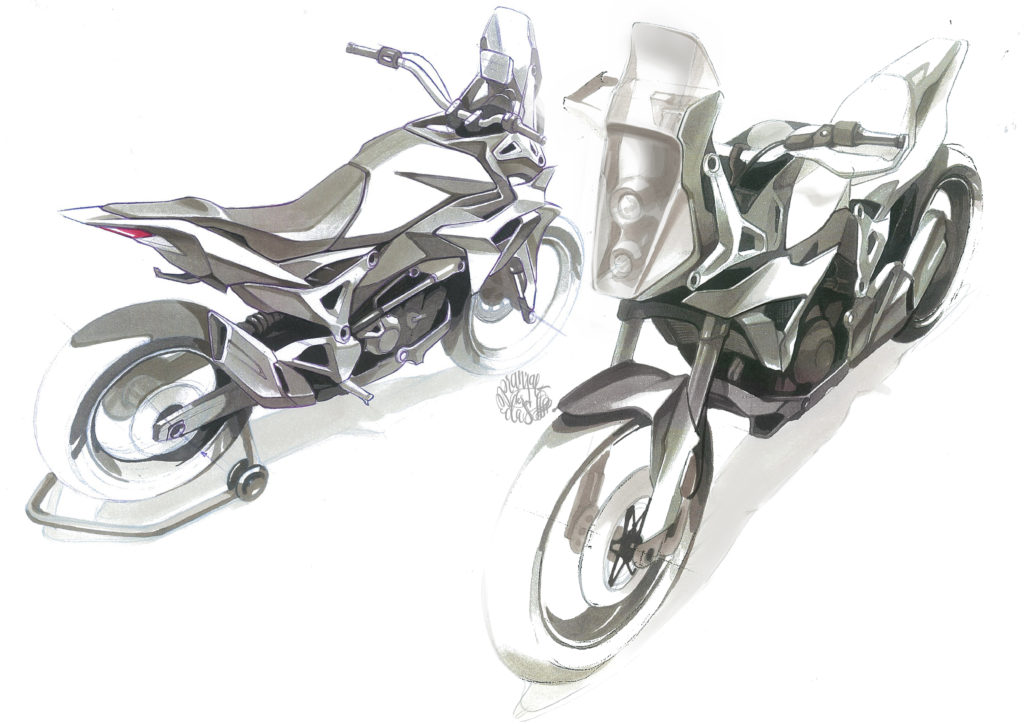 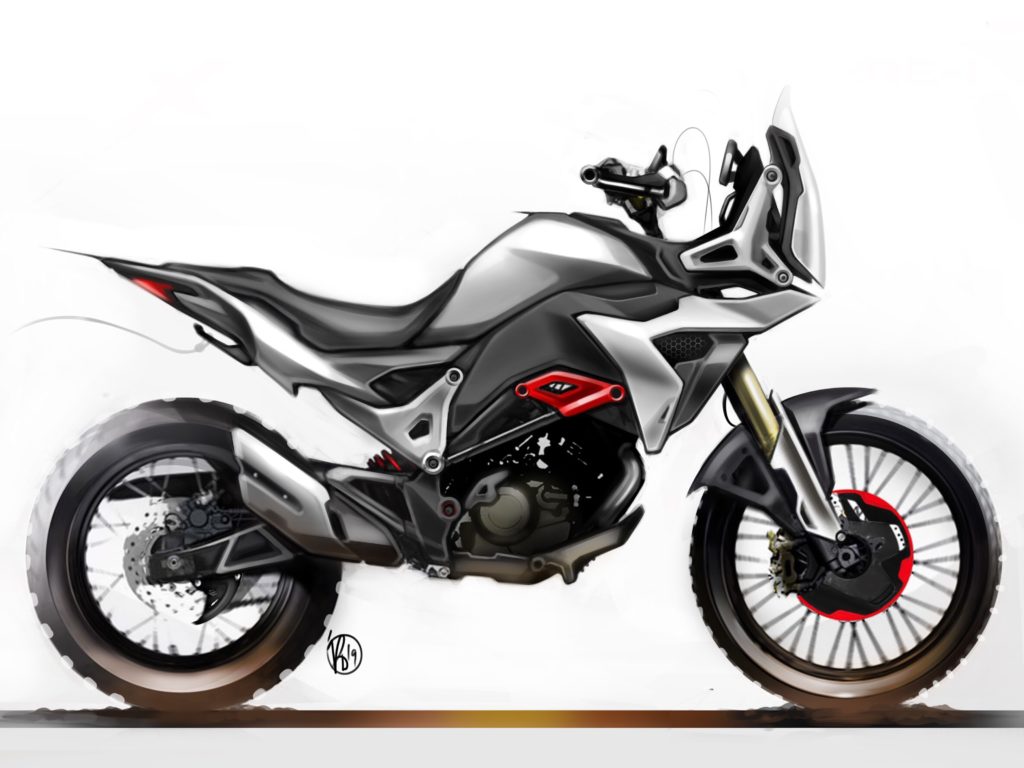 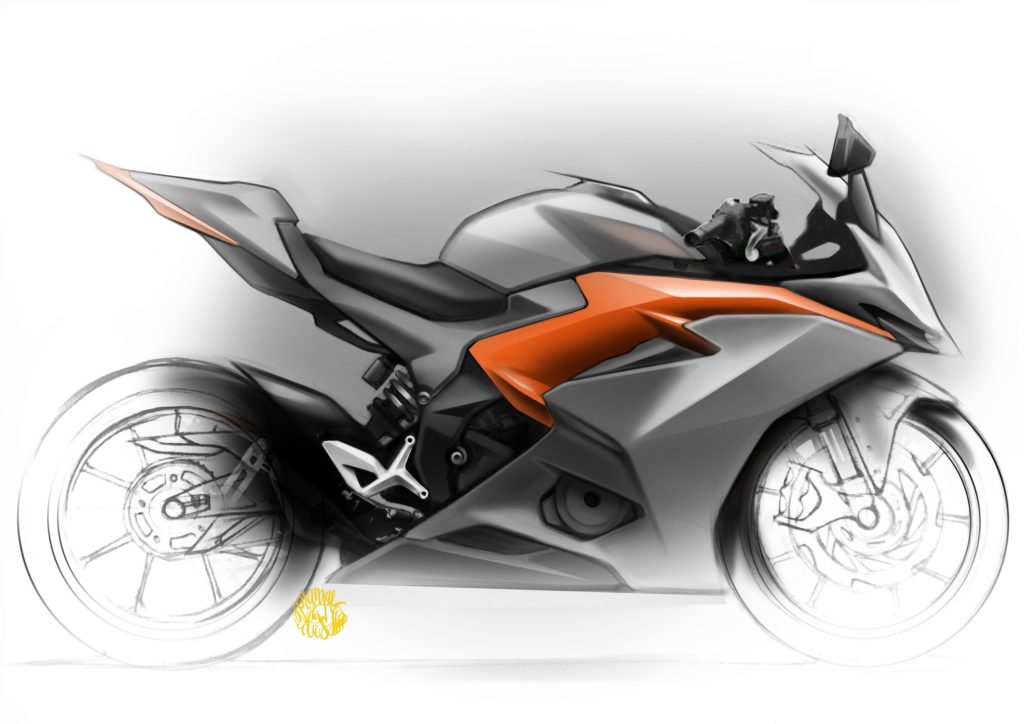 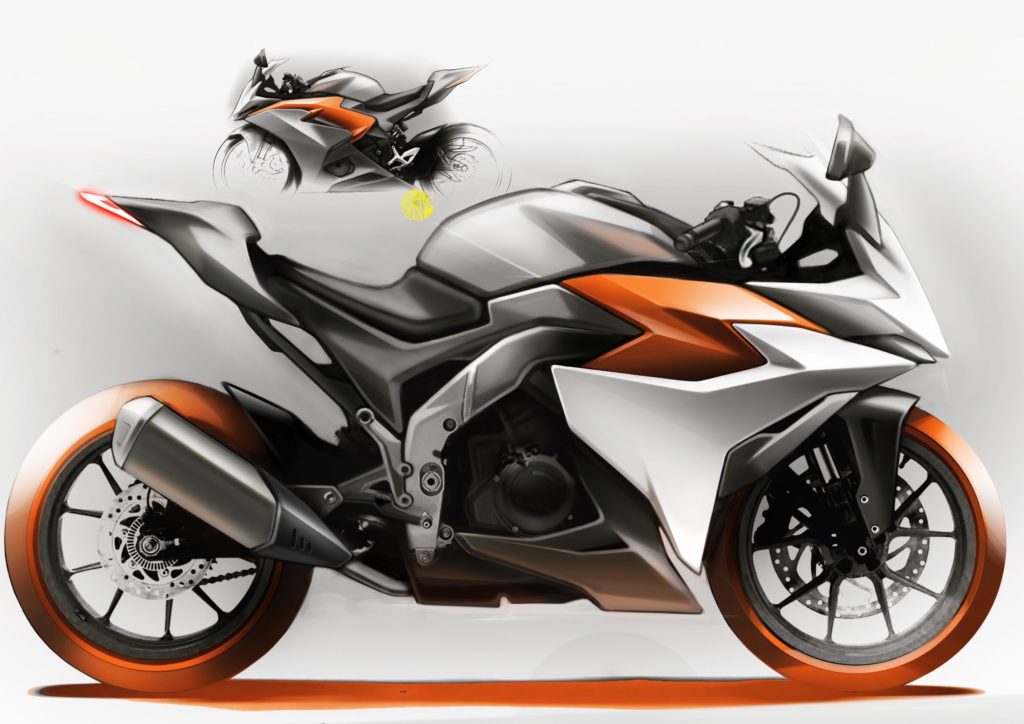 7-8. A lethal and robust appeal does display via Hypernaked Streetfighter concepts. 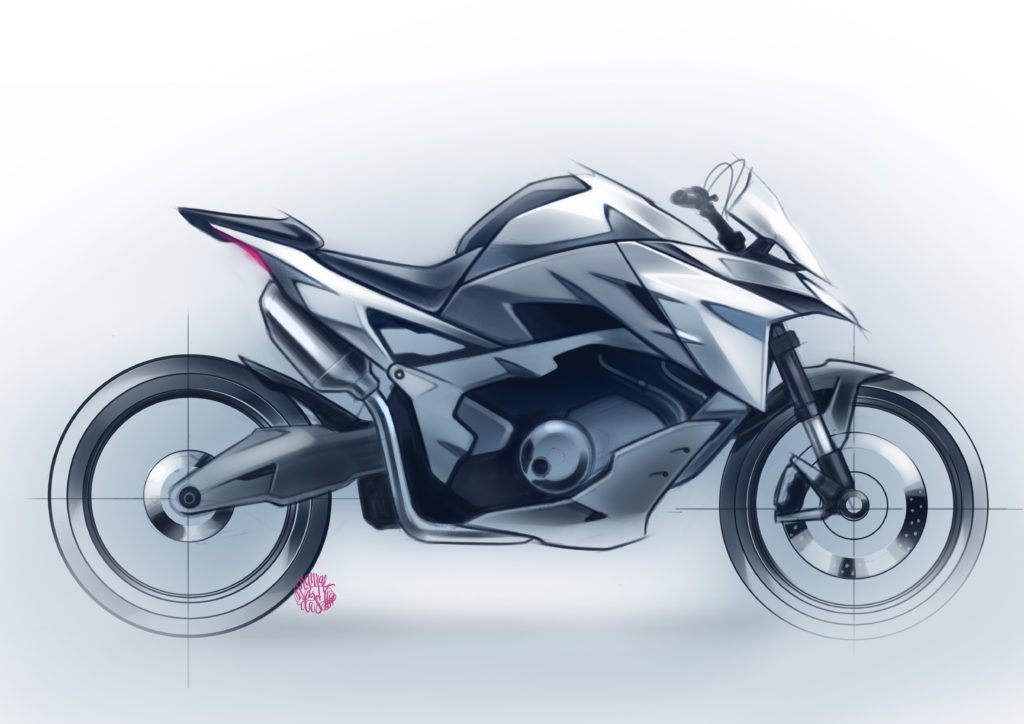 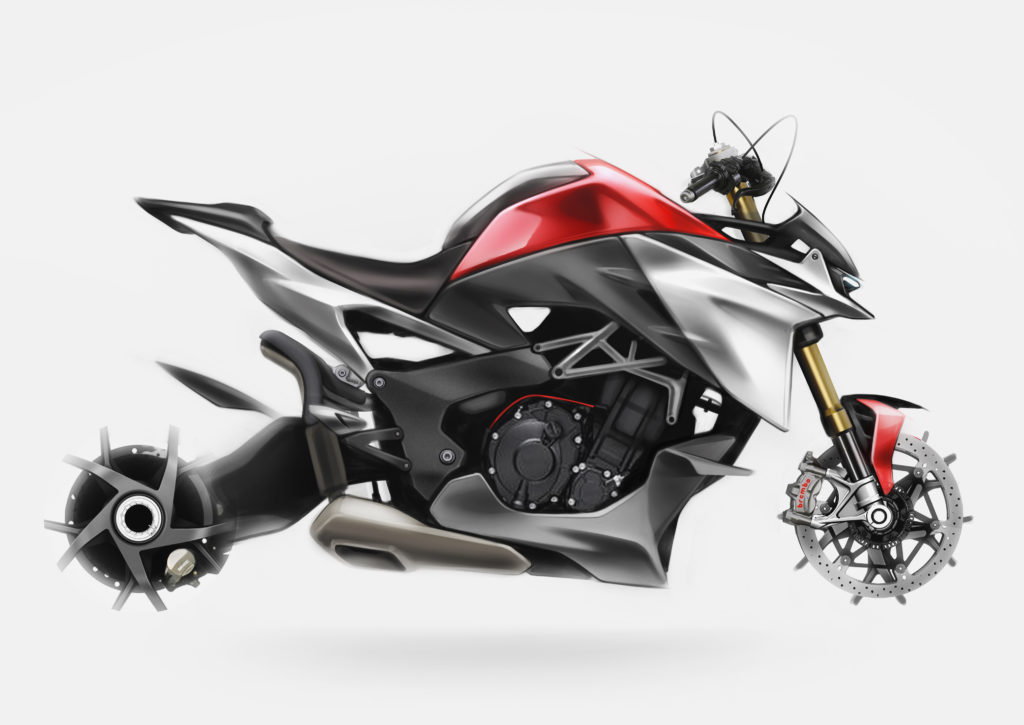 Pranjals work is not only futuristic, but the lines of his concepts are clean and eloquent.

The ADV concepts are sharp, stylish, and sleek while the dual-sport motorcycle and Hypernaked streetfighter concepts are aggressive and as per there nature.

The best part is where Pranjal has managed to put the underbelly exhaust on the Hypernaked Streetfighter concept. That is something rare to see.

Pranjal is followed by top industrial greats like Oberdan Bezzi, Moto Mucci, and 2r14_Design, to name the few.

You can find Pranjal here.

Laverda SFC 1000 to go under hammer
Do we see three cylinder cross plane Yamaha 250?
Ducati Multistrada V4 to arrive by 2021
Mark your calendars
Kawasaki stops production of Ninja 300 in India 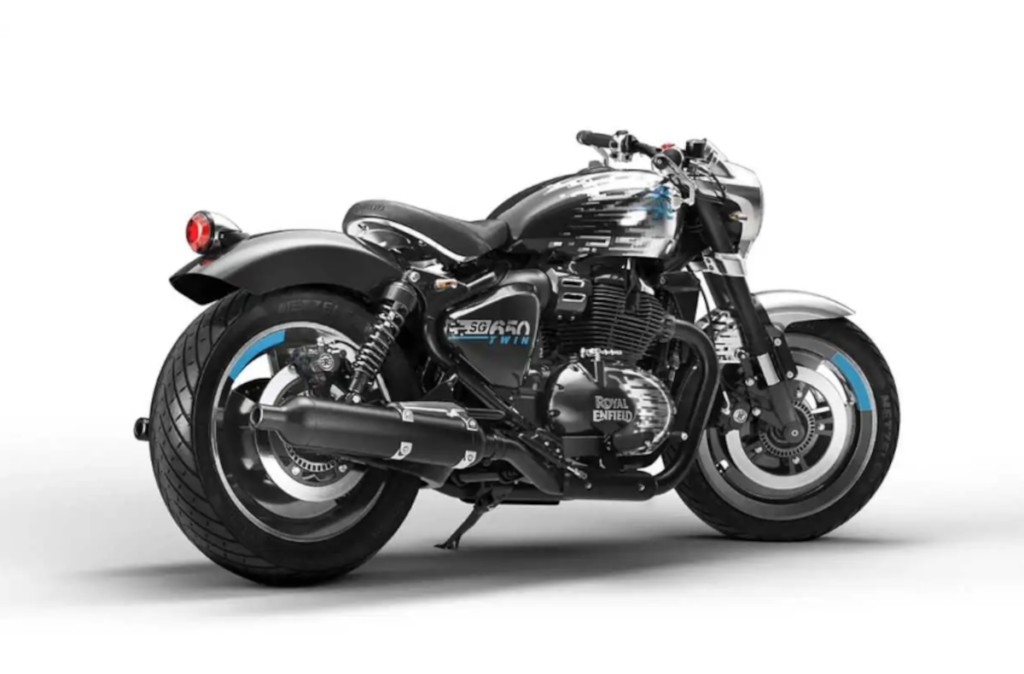 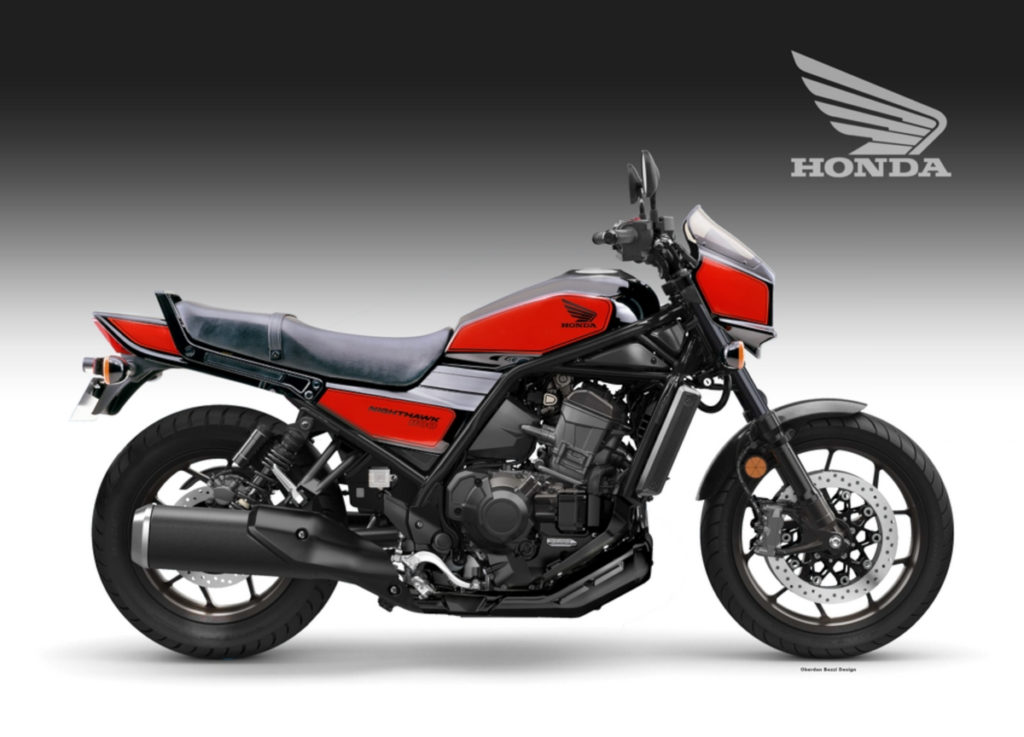 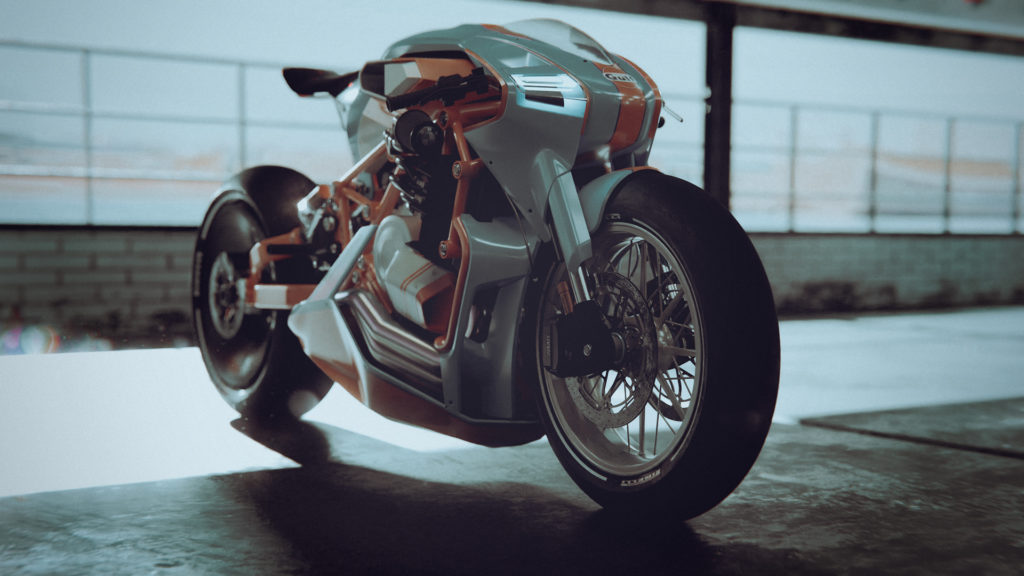 Sabino leads us into the light with...