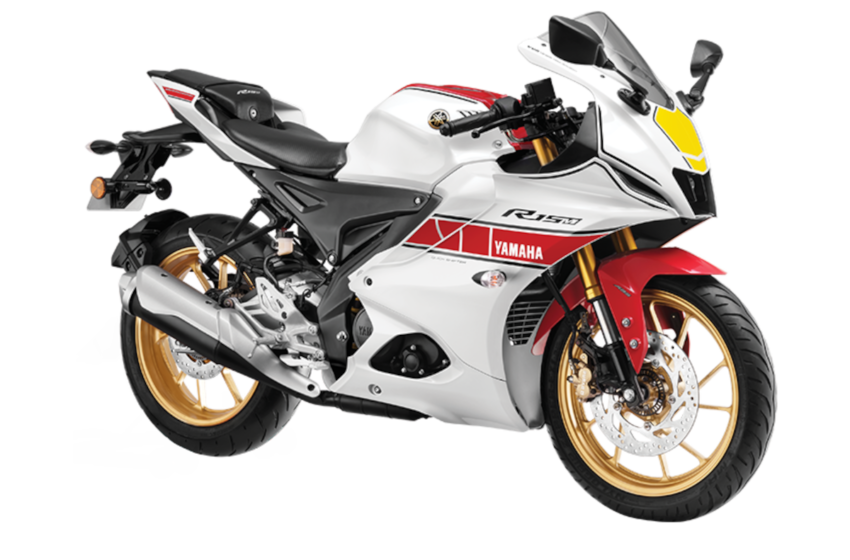 Ever since its launch in 2008, the Yamaha YZF R15 V4 has been one of its most successful bikes.

Due to its excellent performance package and outrageous styling, this 155cc bike continues to be among the best-selling motorcycles in India.

Despite its price tag and many competitors in this segment, the R15 V4 continues to enjoy high demand.

After we got the latest report of the new Yamaha R15 V4 World GP 60th Anniversary edition launched in India, it looks similar to the previous version sold in India but with a heavy dose of cosmetic changes.

The special edition comes with all the top-spec features from both the M and V variants of the motorcycle.

The price of this special edition is Rs 1,88,300, but you do get all the bells and whistles going for it, so it remains a good deal for someone who wants to get all possible features bundled under one roof.

As for the performance, specs remain the same compared with other R15 variants with a 155cc, liquid-cooled engine calibrated to make 18.1bhp and 14.2Nm.

The 155cc powerplant arrives integrated with the six-speed gearbox supported by an assist and slipper clutch and a quick shifter for clutch-less upshifts for better handling.

Further, the bike also has a digital speedo, traction control and Bluetooth connectivity with track and street modes.

The unique edition model is now available in India, bringing a smile on the faces of new customers looking for a sports bike without compromising on performance.