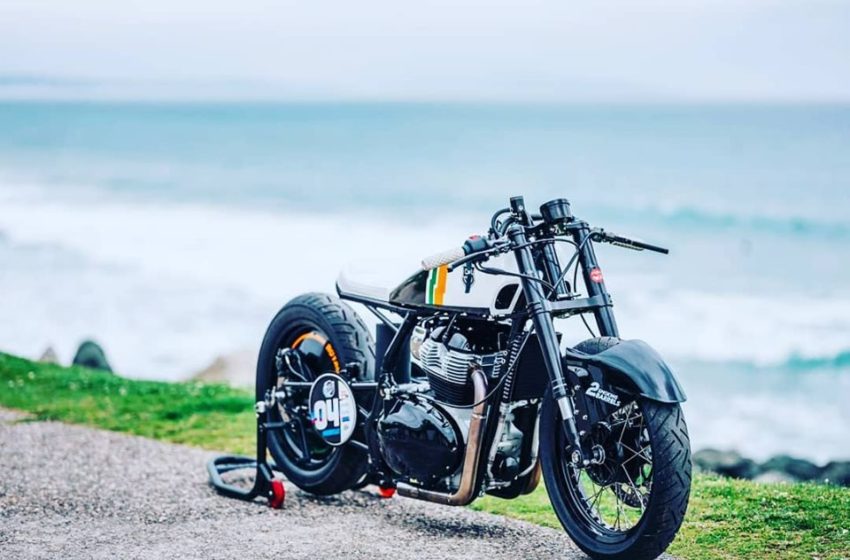 Sinroja brothers are famous on custom scenes with previous builds like Moksha, R9 Surf Racer and more.
This time brothers Rahul and Birju Sinroja collaborated with Tamas Jakus of JAKUSA Design to create a precise custom that had both looks and speed to enter into ” Factory Class “ of Sultans of Sprint.

The idea was to create s light weight custom however the base model that was chosen Continental GT 650 that carries a weight of 205 kgs that made both the brothers to think how will they able to shed the weight.

But with S&S Cycle on board helped to shed the by  massive 55 kgs and the result was that the bike just weighed 150kgs .
Apart from shedding weight S&S Cycle provided other components like cams, ECU.

However again the objective was also to get some boost that was done by NOS specialist Trevor Langfield at Wizard of who helped them set up a nitrous system that was placed intelligently under the seat.

A modern sportbike front end was placed to create a tight front end.Another person who helped them was Danny from Fastec to set up a yokes that made the bike light by 10 kgs.