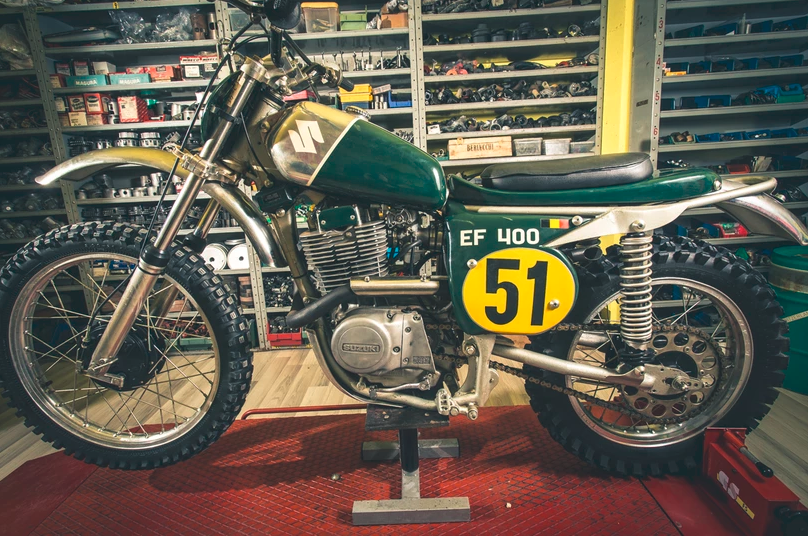 This motorcycle that has just arrived in IDM’s garage, has been discovered by them during a research on vintage motorcycling competitions. It was in fact built entirely by hand in the late seventies to run in the European motocross vintage championship in the 1965/70 class.

Motorcycle was built by hand in the late ’70s in all its parts, with the exception of the engine (suzuki dr 400) the aluminum tank (which was obtained by re-adapting that of a Husqvarna, which has been reduced and re-heated) and the saddle (which is taken by an Ossa).

The IDM SUZUKI EF400BB is absolutely consistent with IDM’s vision of motorcycles. It is built with attention to every small detail, and has been made high-performance, a feature that still retains today. Belgian craftsman who built it was a frame builder, and wanted to make a bike with which to run and win.

This cross special that has an absolutely current design and style, in the context of the vintage-offroad fashion, was built so that each component contributes to the best possible competitive performance.

It is rich in particular highly innovative details for its time. Engine is a suzuki 400 four-stroke engine with Mukin carburetors. Frame is made by hand in iron and aluminum. Steering plates which are cast and engraved the initials of the manufacturer B.B.

They have built-in handlebar mounts to make driving more responsive. Front forks are made by hand, as well as the rear suspensions made with a cooling system to have a better activity despite the stresses.

Exhaust pipe that is beautiful in its simplicity, and ‘amazing for the time it was made, hides the expansion near the aluminum filter box like the current ones, making it not only more cool, but also safer, and there we guarantee that it makes fire and flames. Foot brackets are machined from solid, and are adjustable with a double attachment to be able to have an optimal driving position.

Mudguards are made of beaten aluminum by hand, the spoked wheels are from ’18 and ’19 – the bike that has a very first generation electronic ignition, obviously has the kick start, which turns on the engine at the first shot. All nuts and bolts are machined from solid.

Vintage Cross Bike I am particularly proud to have found this bike, because I am convinced that to produce a constant and optimal development, it is very important to study and research. this master piece, besides being extremely captivating and current, both for its performances and for the his style, shines because it shows the soul of Beyens who built it realizing the his dream.

The IDM SUZUKI EF400BB even if it deserves to be kept as a piece to collect, and ‘extremely versatile in its use and still highly performing. it is for sale at € 25,000. 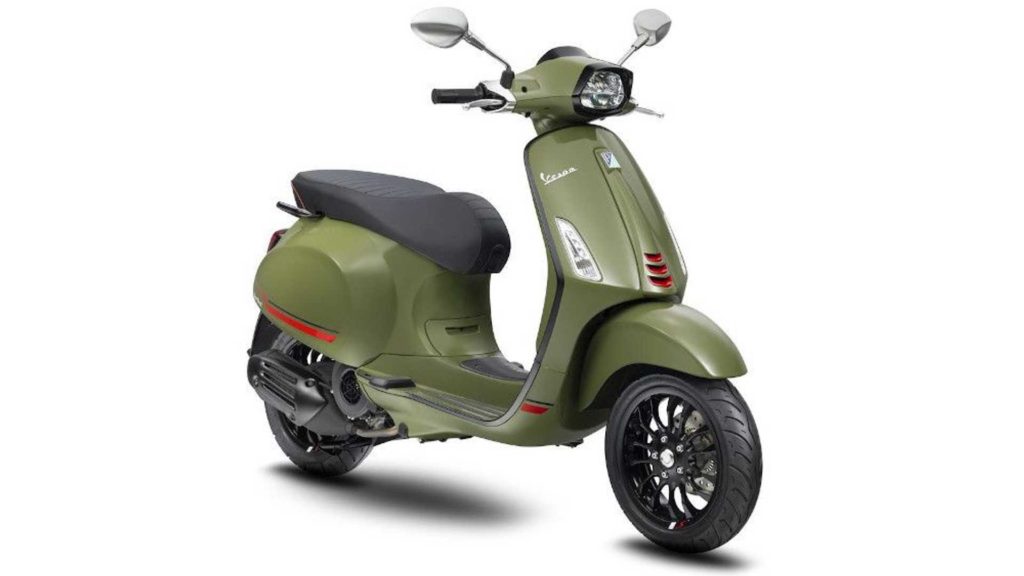 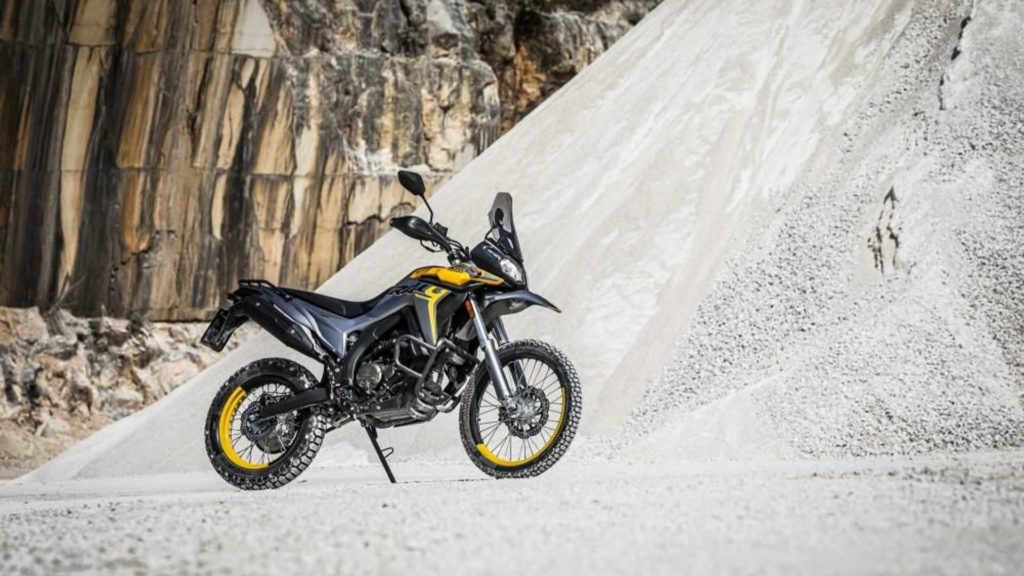