Dab Motors is a premium motorcycle manufacturer based in Bayonne, France. The brand was created by Simon Dabadie in 2017 to bring a new breed of motorcycles to life, a technological pursuit of mechanical perfection and beyond expectations in a world of tradition.

By mastering the alliance of new technologies and unique know-how, Dab Motors shakes up the codes of motorcycles and reinvents its playground a little more every day.

Through the control of new technologies, they give birth to exceptional motorcycles. This innovative vision is the strength and essence of Dab Motors.

1. How did Dab Motors start?
Simon: The genesis of Dab Motors started with one computer, one Ultimaker 3D printer and one motorcycle in a small garage in Bayonne (South West of France) around 2016. This garage was where I was spending most of my time working for motorcycle brands.

The rest of my time was spent working on my idea of producing a small series of one of my lightweight motorcycle designs. This idea took more and more space in my projects and became my obsession.

In 2017, I left my small garage and gathered a small team of the best craftsmen of the city (painter, welder, upholster, mechanics…) to help me build my ideas.

In September 2018, I wanted to get ahead of the curve and bring a new kind of production motorcycle to life. Riders had a recurring problem with modified bikes, they are unique, yes, but on the fringe of legality because of the constantly enforced laws in many countries.

Thanks to this new motorcycle, riders would still be able to affirm their identity by riding a very distinct high-end motorcycle and won’t freak out in front of the cops or the insurance companies in case of serious accidents.

The design project was internally named “LM-S” (Lightweight Motorcycle – Street Legal) and at the end, we decided to keep that name for the final motorcycle.

The LM-S is the first production model of the brand, it’s a light-weight, high-end 500cc motorcycle based on an our-house distinctive design called, “LM”.

I hired a highly-skilled engineer from French carmaker Peugeot, Pierre Jayet who meticulously engineered the LM-S to be produced in small series and compliant to drastic regulations.

We stopped producing the original barely-legal-custom-motorcycle builds. We passed all the necessary certifications (factory inspections, ISO, etc …) and officially became a motorcycle manufacturer in the same way as any other motorcycle brands like Ducati and Honda but with a very small team, this might sound like a weakness but it’s actually our strongest force.

Thanks to our small size, we have more freedom; we are more agile and more creative than big heavy organizations.

The weeks went by and in April 2019, the first prototype was ready. We went to Italy to certify it according to European Homologation, we did dozens of inspections and tests and we registered the very first Dab Motors production motorcycle.

It wasn’t an easy path, we met a lot of sceptical people trying to convince us that it was impossible to homologate such a motorcycle, but it’s not our style to be affected by this and we did it anyway.

In June 2019, we released the Dab Motors LM-S in London at the Bike Shed Show, and it had been very well received by the audience. We spend the rest of 2019 implementing our production line in our factory and taking pre-orders for 2020.

That’s pretty much the history of the brand.

Today, Dab Motors is probably the smallest motorcycle factory in the world, powered by a team of engineers, designers, craftsmen and artists united to produce one of the most exotic and minimalist production motorcycles on the planet.

Call us mad or arrogant but we dare to change things and give power to outsiders to stand out by riding crazy and rare machines with uncompromising quality. 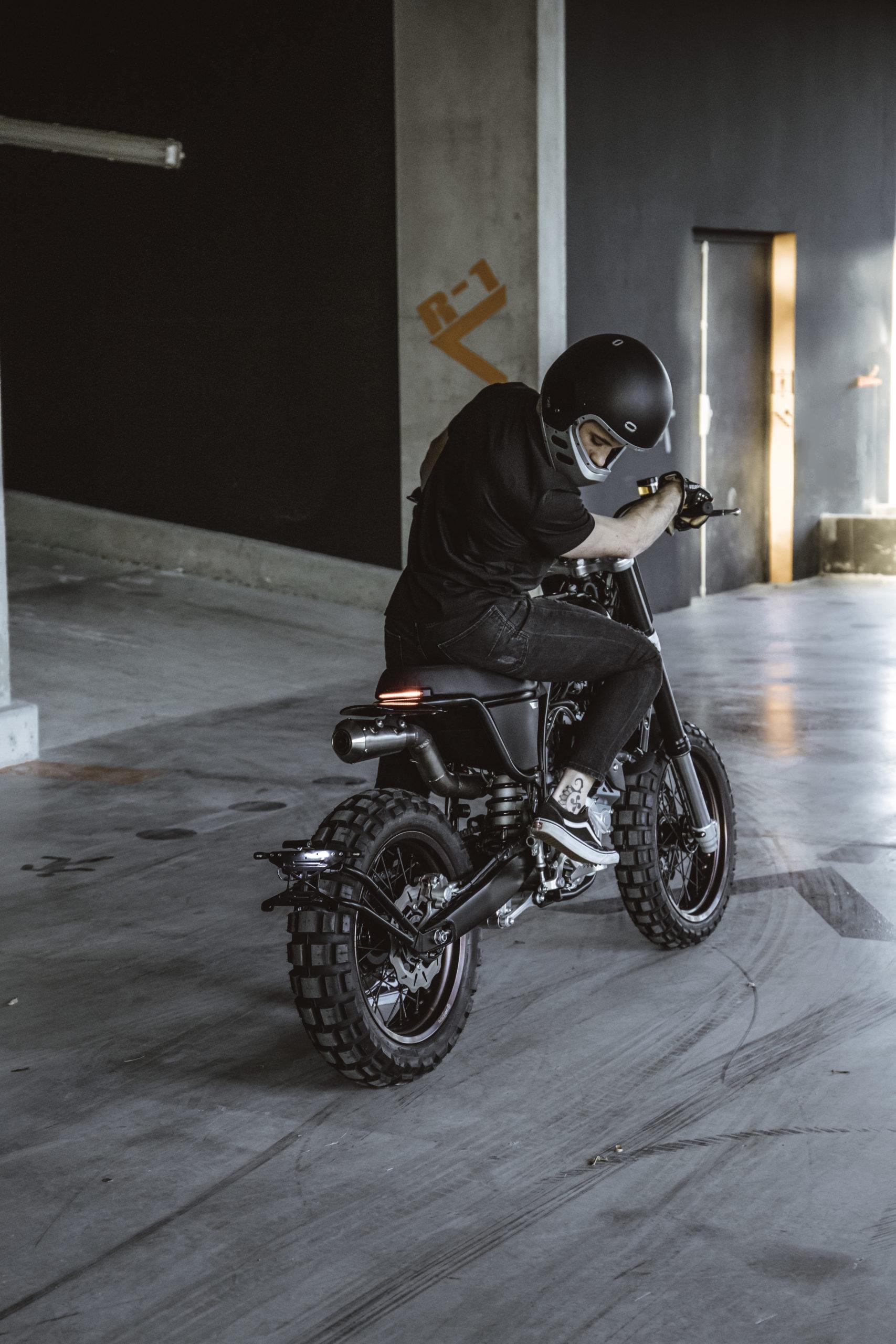 2. Do let us know about your current projects/work?
Simon: After introducing our production motorcycle prototype last summer, we are now in the production phase. We are manufacturing the first LM-S units which are delivered to our customers all over the globe during 2020.

Each LM-S is hand-built especially for its owner and according to his or her own requirements. Our motorcycles are designed, engineered and assembled in our factory thanks to our top skilled team. 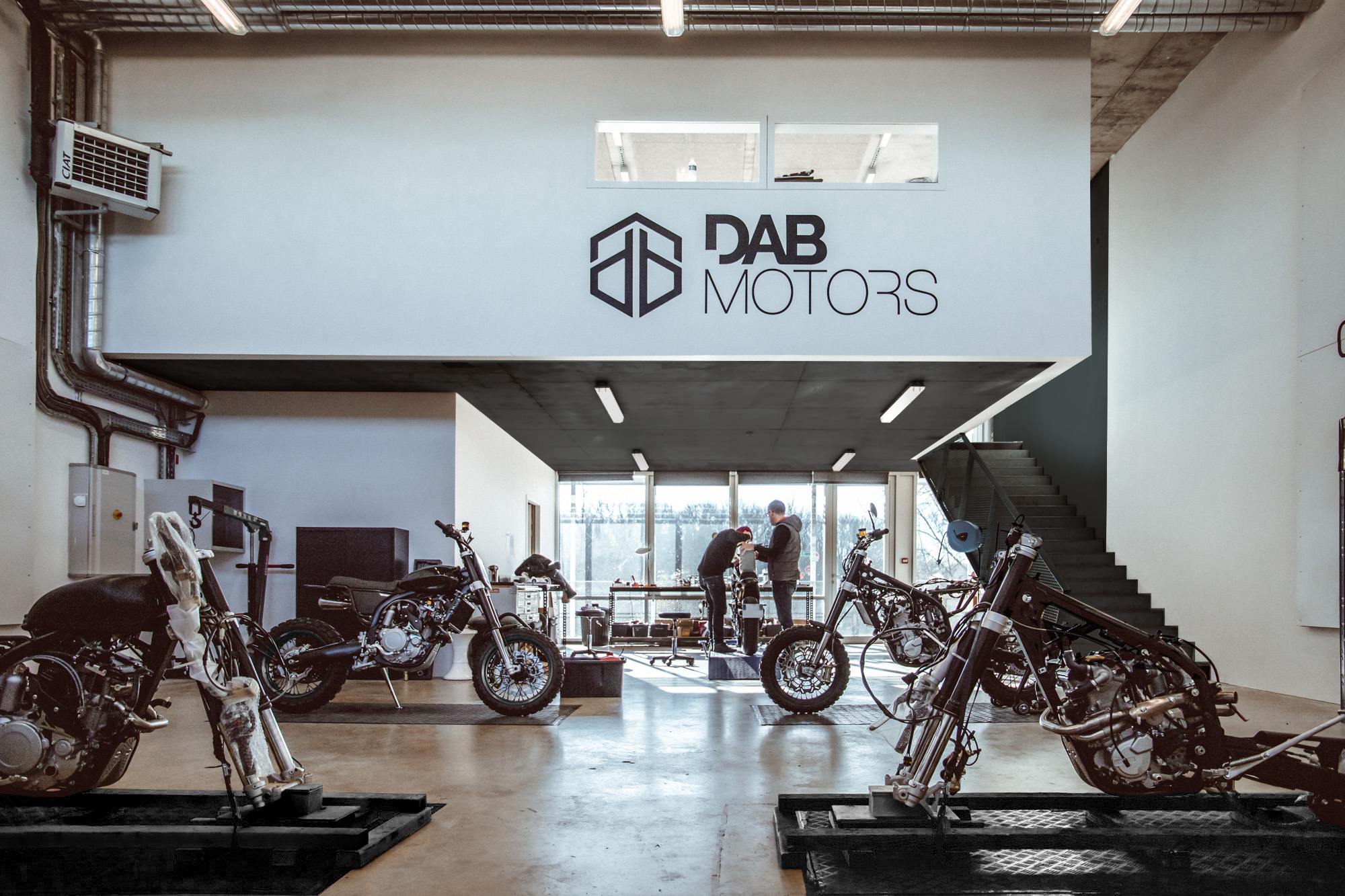 3. What’s the one thing that you like about motorcycles?
Simon: I like the clean simple look of a motorcycle, while it’s a much more complicated and sophisticated object. 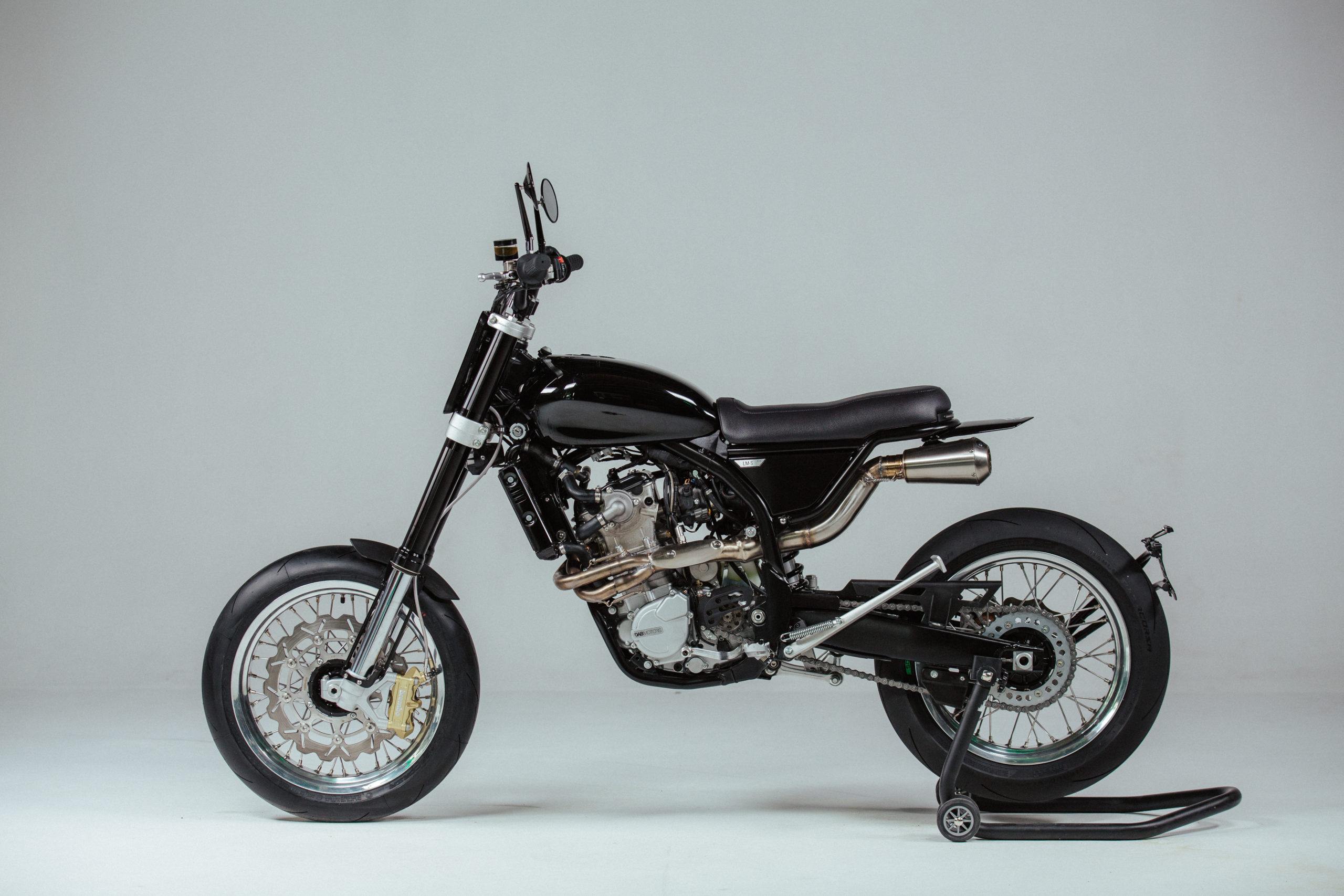 4. What is the most challenging motorcycle that you had to design to date?
Simon: Extreme efforts have been made into LM-S design and engineering.

The challenge was to create a production motorcycle with a distinctive minimalist look. Today, this kind of challenge is very difficult to achieve because of strict regulations. 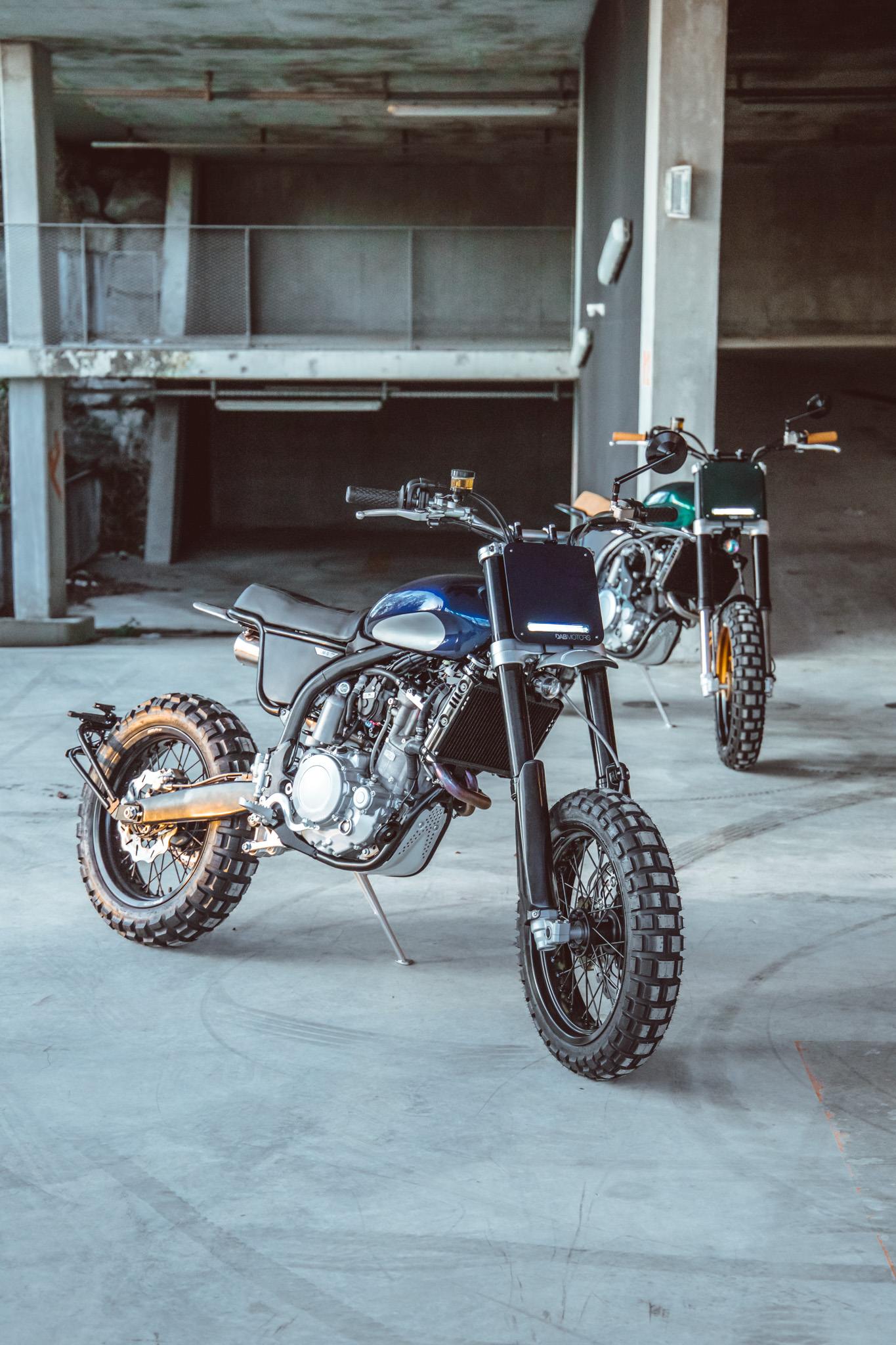 5. A most important component in the motorcycle according to you? And why?
Simon: Well, despite my many obsessions on specific parts (Pierre, responsible for engineering, will not say otherwise), I believe that it’s a whole and everything is important. If you want to create exquisite motorcycles, everything has to be neat. 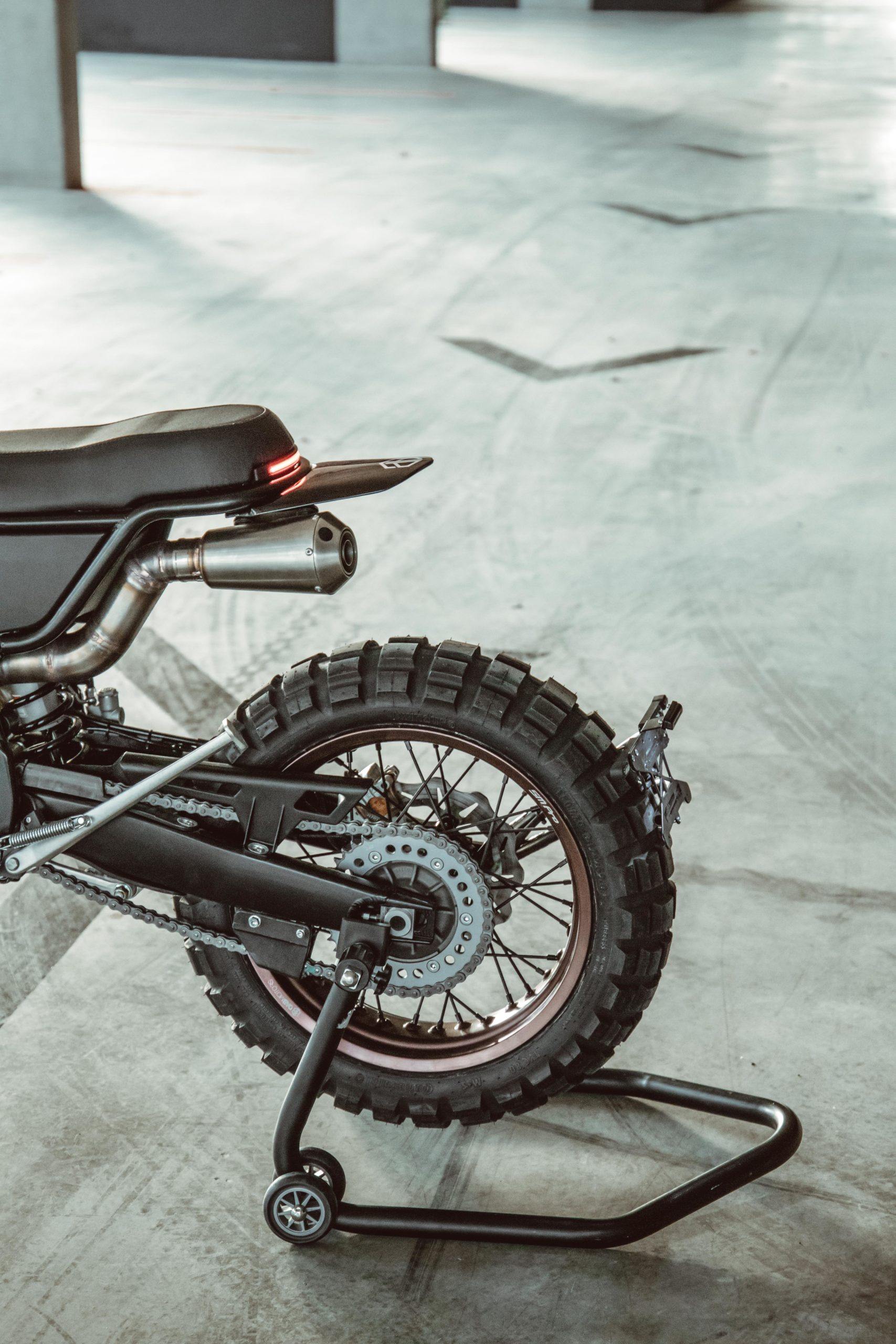 6. What would you like to call yourself a Designer, Builder or Innovator? And why?
Simon: I consider myself as an entrepreneur and I’m fascinated by mobility, design and technology.

My engineer mind wants to provide innovative solutions to riders. My entrepreneur mind always wants to experiment and that’s what Dab Motors is about: it’s a motorcycle laboratory, looking for the perfect recipe to move in style. 7. What according to you is most important while building the motorcycle is it the idea or the design?
Simon: Both. The idea/concept is the heart of a project but you also need a good design to bring it to life. 8. Electric or Standard/ Combustion engine motorcycles which do you prefer?
Simon: Both. I like the rich history of the combustion engine and I also like the sci-fi sound and the power of an electric engine. Purists are going to hate me.

9. What do you think about electric bikes?
Simon: I think they are great and really fun. It opens up new perspectives for manufacturers and users. You can’t deny that the petrol engine is doomed because of severe environmental enforcements from governments all over the world. My generation and the younger generations are more and more concerned with environmental issues, and it’s a good thing.

We have to find an alternative way to commute rather than by petrol engines. I am also convinced that we will soon find a way to recycle batteries if you look at the past few years of technological discoveries; it gives the confidence to overcome those current obstacles.

Even if some purists will always resist, I think we are on the right track forward to achieving something positive for the environment and also for the motorcycle itself.

We see more and more eSkates, eBikes, eScooters on the streets, and the eMotorcycles will definitely be part of the landscape in the next few years.

I hope that in the near future, Dab Motors will help this transition in the most exciting way possible by making electric motorcycles more appealing. 10. Are you open to build an electric bike? As electric is the trend these days?
Simon: Electric transition is more than a trend; it’s a way to a more sustainable future, which does not mean less fun.

So yes, we are open to that challenge and I hope that Dab Motors will be able to design an electric motorcycle in the upcoming years. 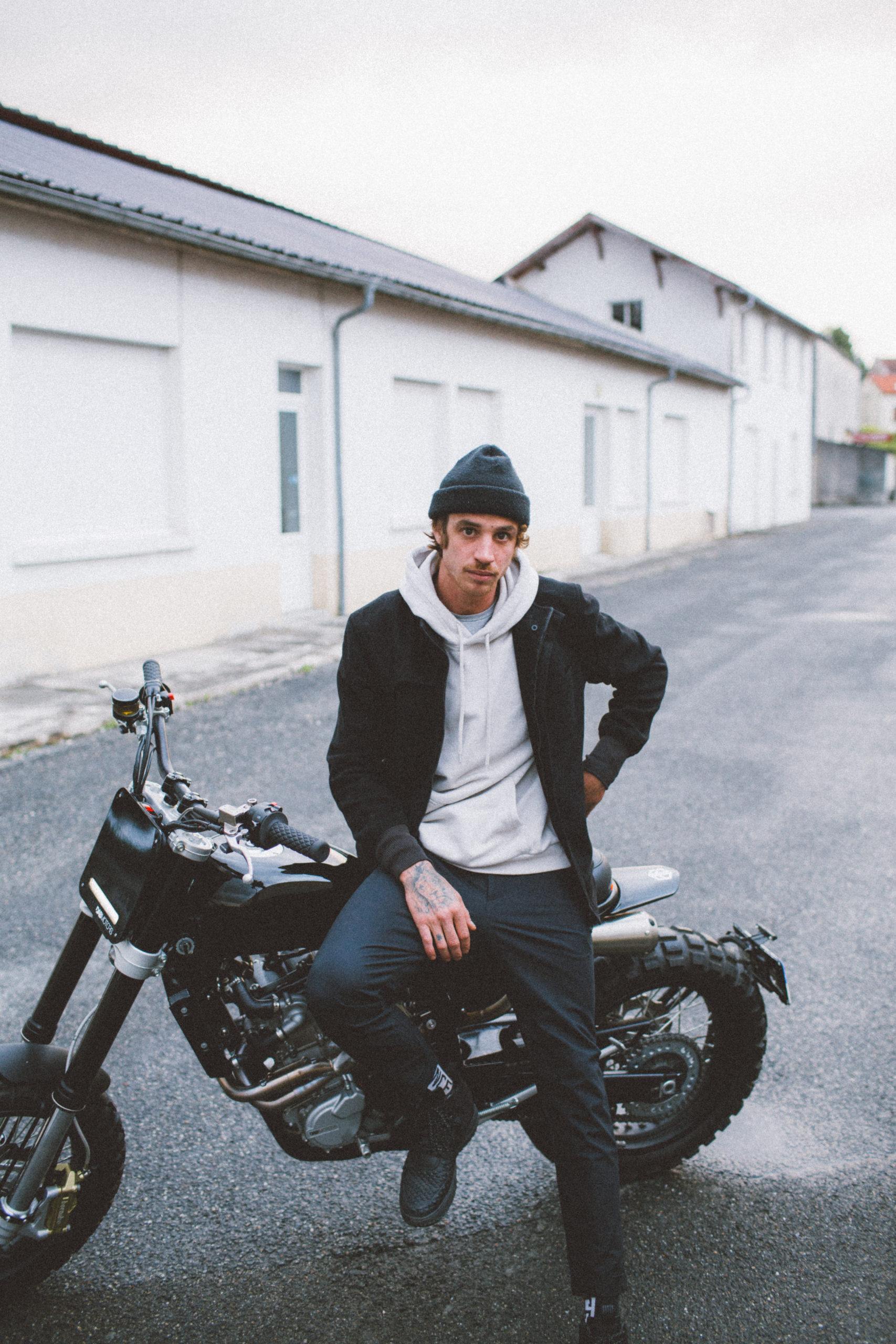 11. Do you export your work?
Simon: Yes, we are delivering and exporting worldwide. Most of our customers are outside of France. 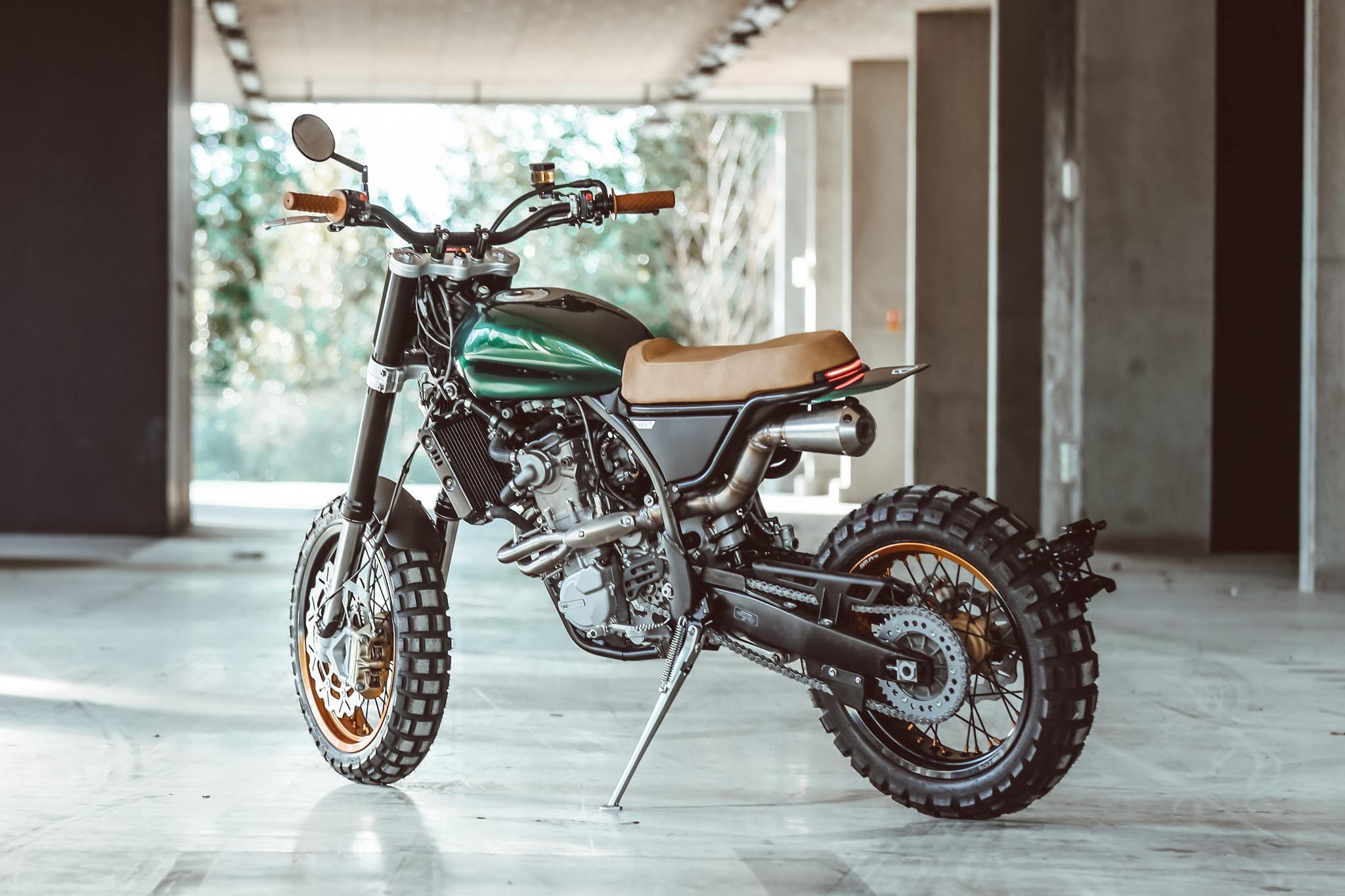 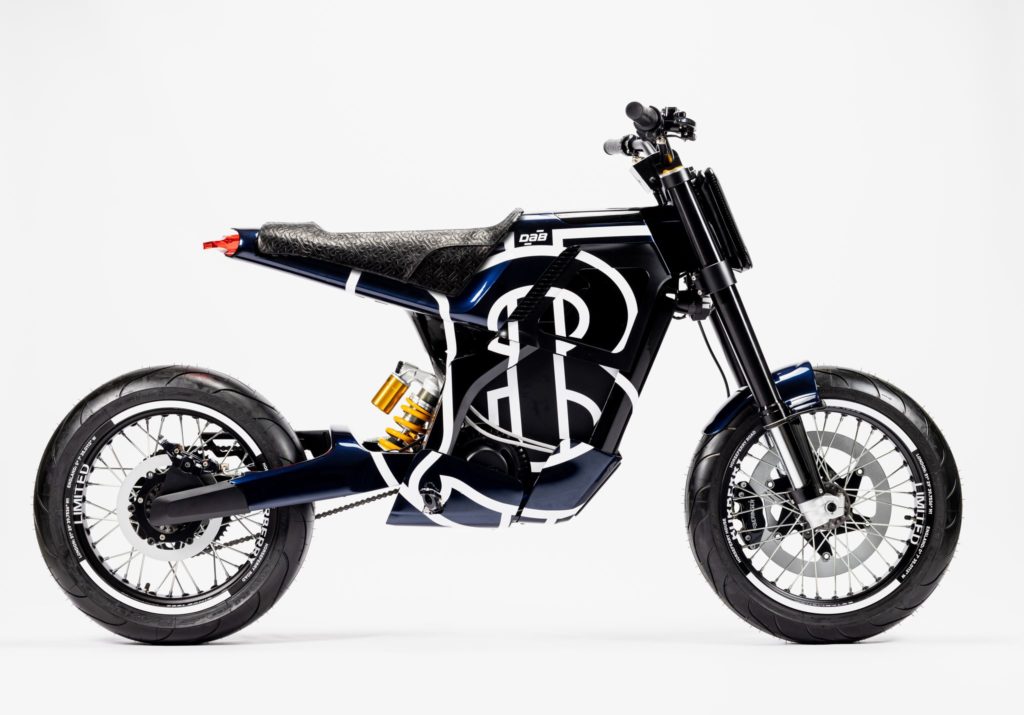 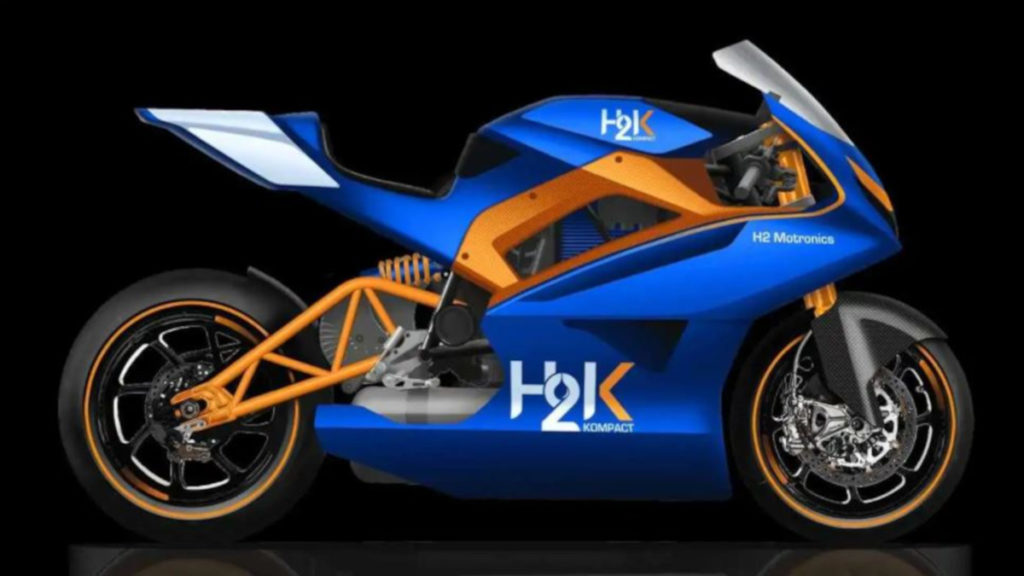