This was the patent that was filed in September 2017. The figure looks similar to the late CBR 250R. It looks probably like a drawing pattern for the time being. Here piping 80 is connected from the ram air duct (70) to the seat.

Or is it OK if you take in air from the piping 80 without going through the ram air duct? By the way, 85 is a flow rate adjustment mechanism, and adjust the amount of air flow with a motor etc. There is a switch on the handle. The sheet itself is a mesh sheet.

Patented to send air from the ram air duct into the mesh sheet to make the sheet temperature comfortable. It is an interesting patent, but Honda seems to have applied for such a patent in the past. Will it be in production soon? Speaking of which there was a guy who used exhaust to warm the grip. Well, there are patents that seem more like that . 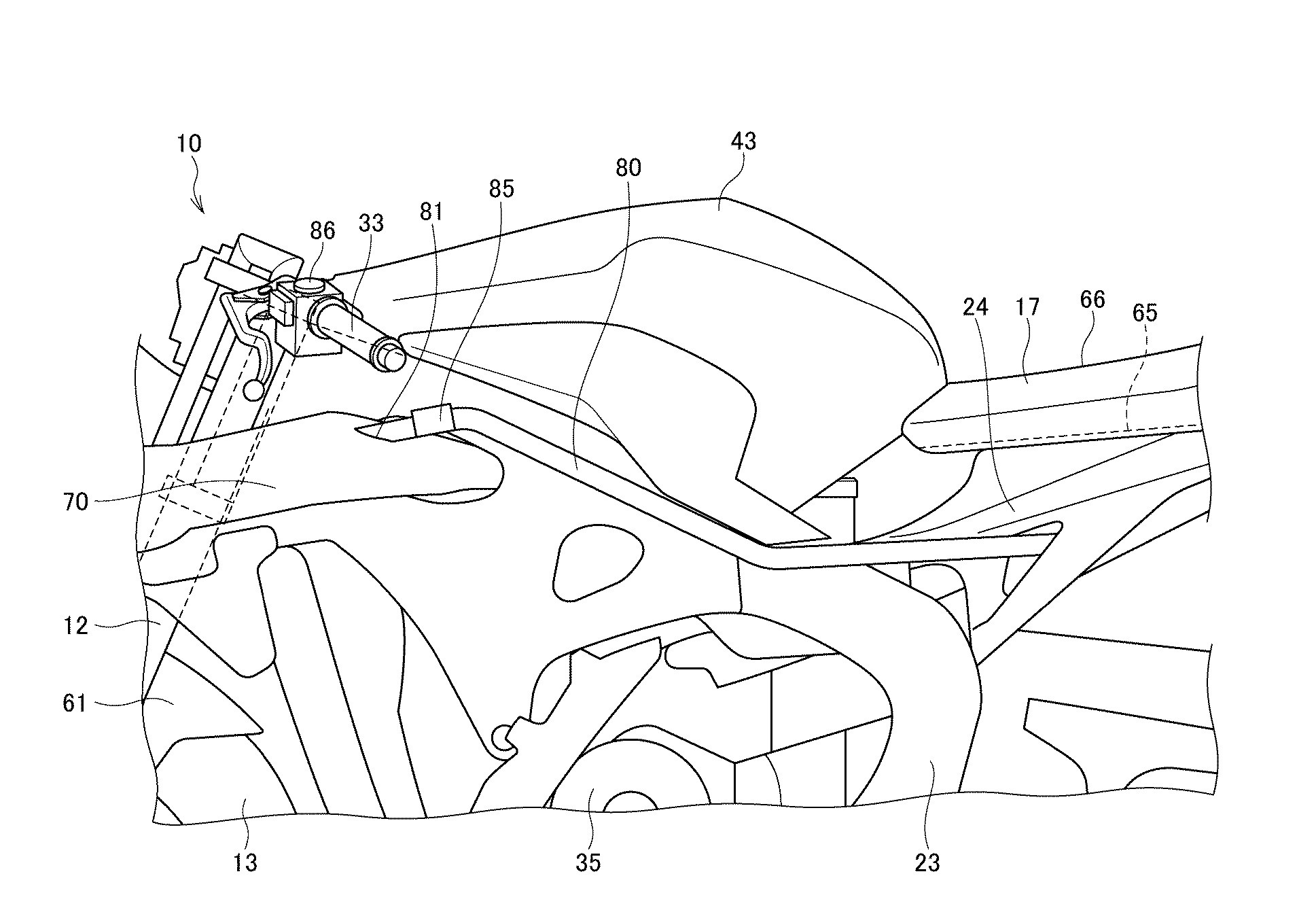 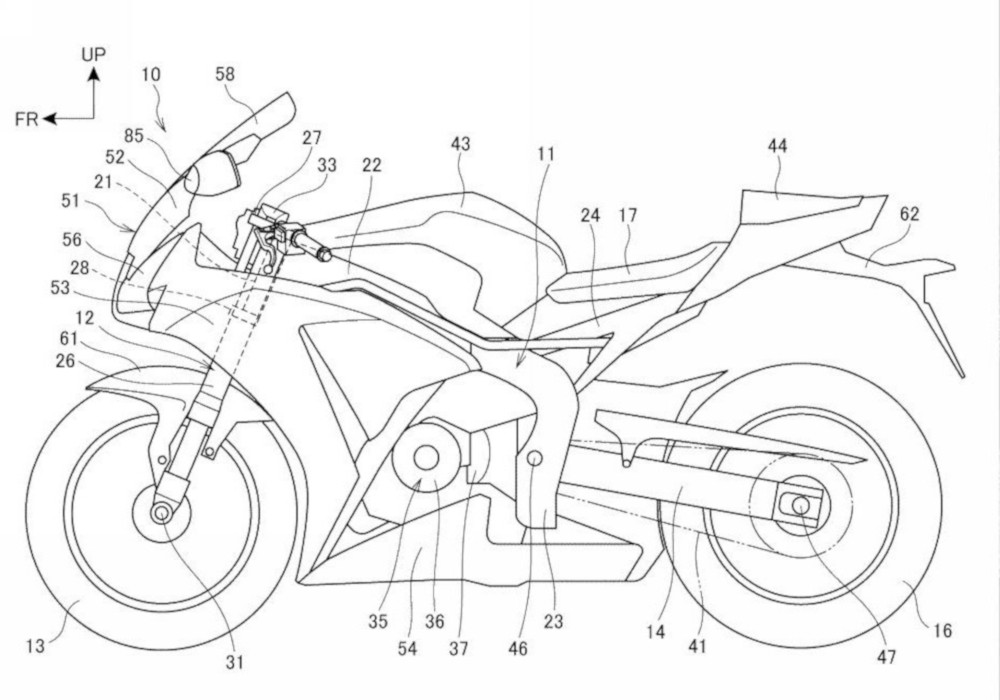 “A motorized screen actuator 105 is attached to the front of the mirror stay 83 to drive the link mechanism 90 to switch the movable window screen 81 between the low position state and the high position state.”
By the way, it’s electric and it looks like 2 positions. 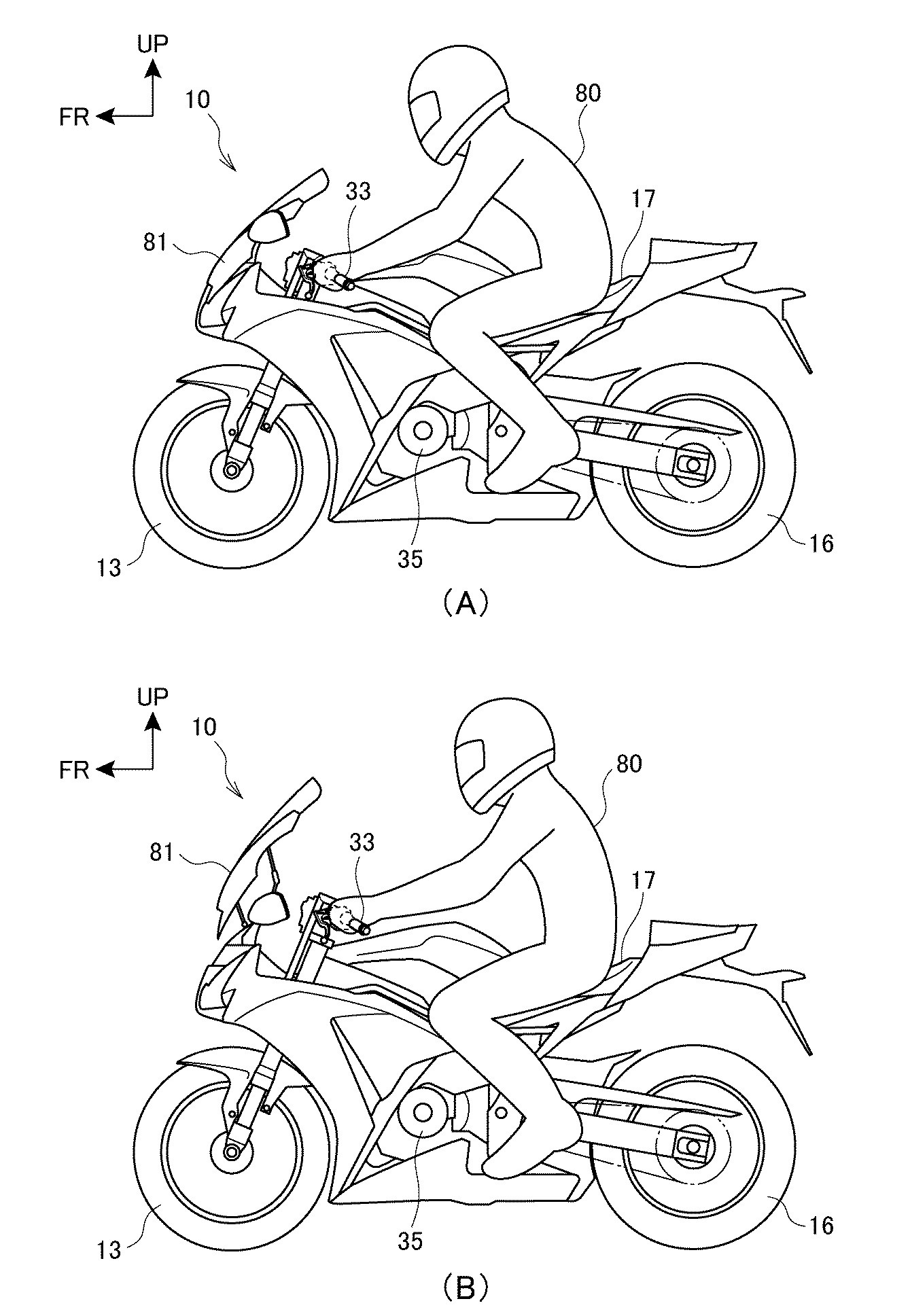