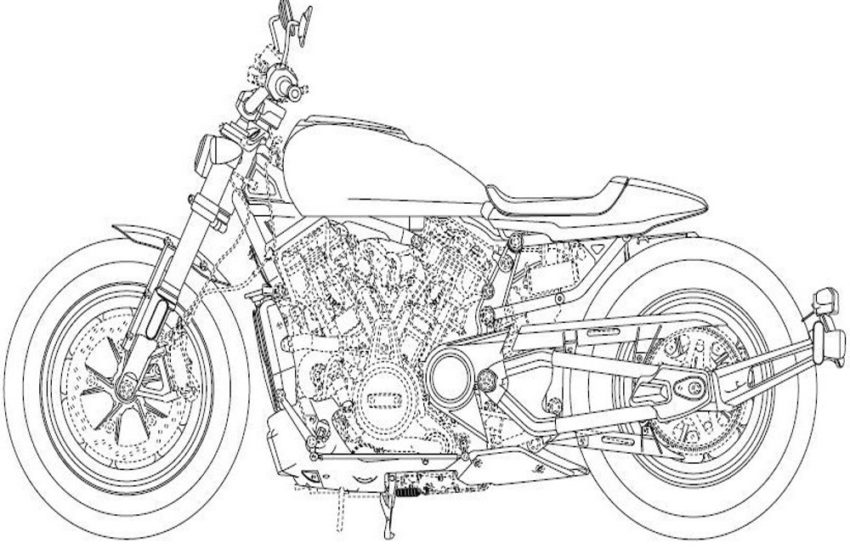 If you look at my earlier article related to Harley that i had published in Feb 2019 that showed the images Pan America Models,  Custom 1250 and Streetfigther 975 . Today i have an information on Harley’s new engine block patents to be used on these models.